Latest Trends
dear sweet mom who feels like she is...
just do the dishes. please. the kids will...
to my kids – the raw truth of...
a mom that shows up
to the mom who lost her heart
i forgot how to be the happy mom
what single moms need friends to know during...
to the mom who keeps going
2020 Mindset Goals
the lesson of the fallen Christmas tree
Home littlethingsmatter seeing motherhood: why the little things matter
littlethingsmattermotherhood 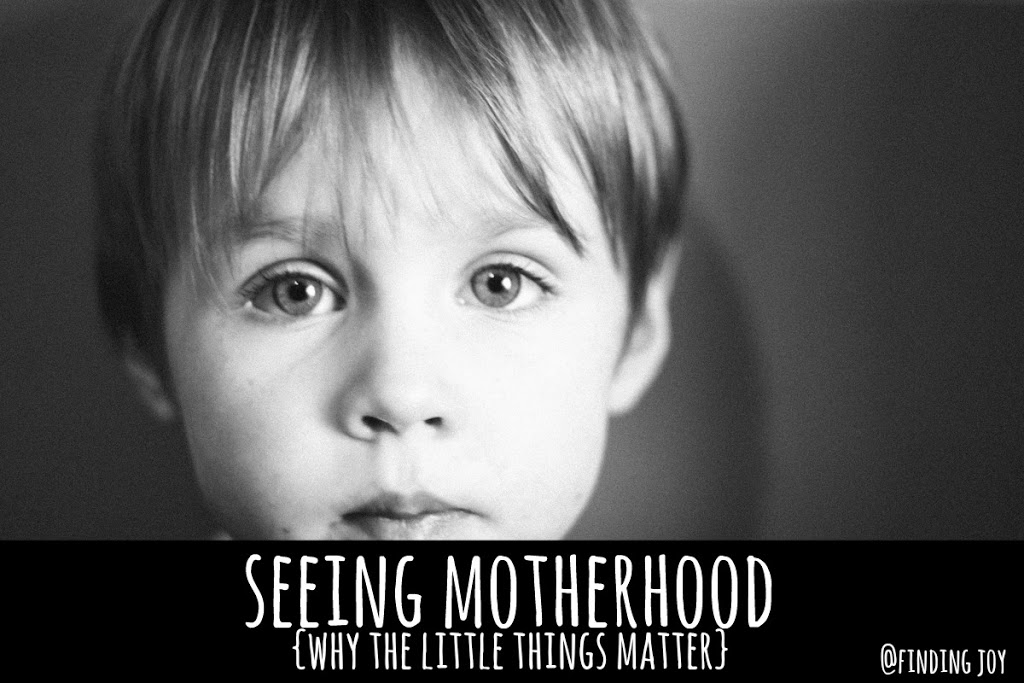 It must be something about March, at least March here in Minnesota. I know the world is itching and prepping for spring – I see it in Target with the seeds, garden boots with flowers on the side, and shiny grills and yet, here in the north country there can be still a foot of snow, ice, and what feels like forever gray clouds. And with that comes this kind of crabby been inside too long attitude. From me.

I feel like I mess up often during these days. 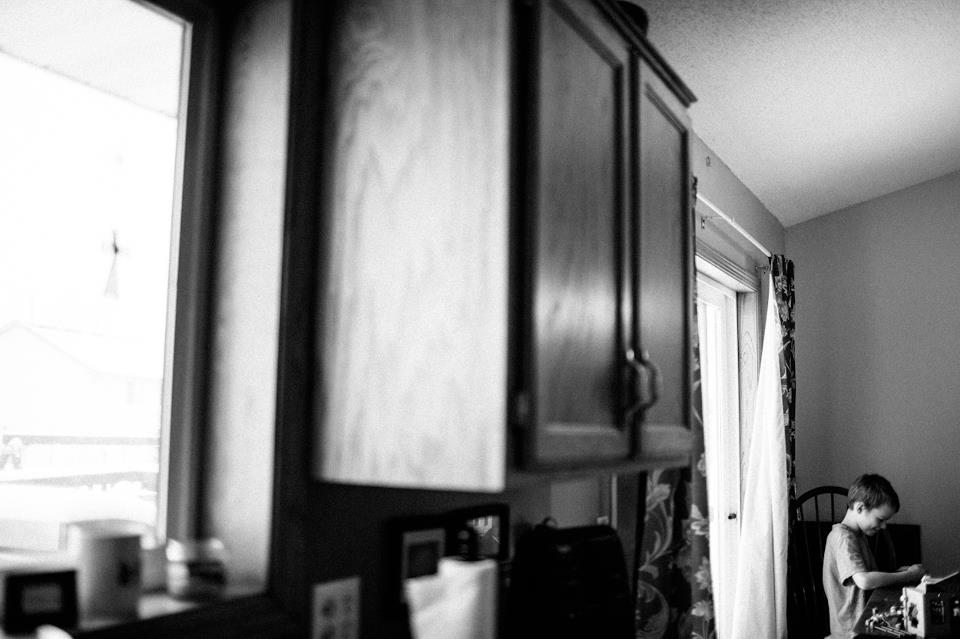 After one of those days, like the one I mentioned yesterday in the Dear Mom You’re Amazing Letter, I tucked my very precocious five year old to bed. I know some of you have one like him – the one with limits on how many stairs he can jump down from, the one who tries to scale the cabinets in hopes of getting the chips tucked on top, the one with the energizer bunny sort of never-ending energy – that one child with the energy of four tucked into one. But, he’s also the one who gets his momma a blanket when she’s sitting on the couch, or rubs her back, or says sweet things about his day. That night when I tucked him in, the bundle of energy, he looked up and said to me, night sweetie. I think I’m going to call you sweetie now.

And my heart melted.

Well, after I laughed and said you’re calling me what? And he looked at me with those eyes that I had told hours early to slow down, settle down, be busy, and he said, you’re my sweetie. That’s why I’m calling you that now. 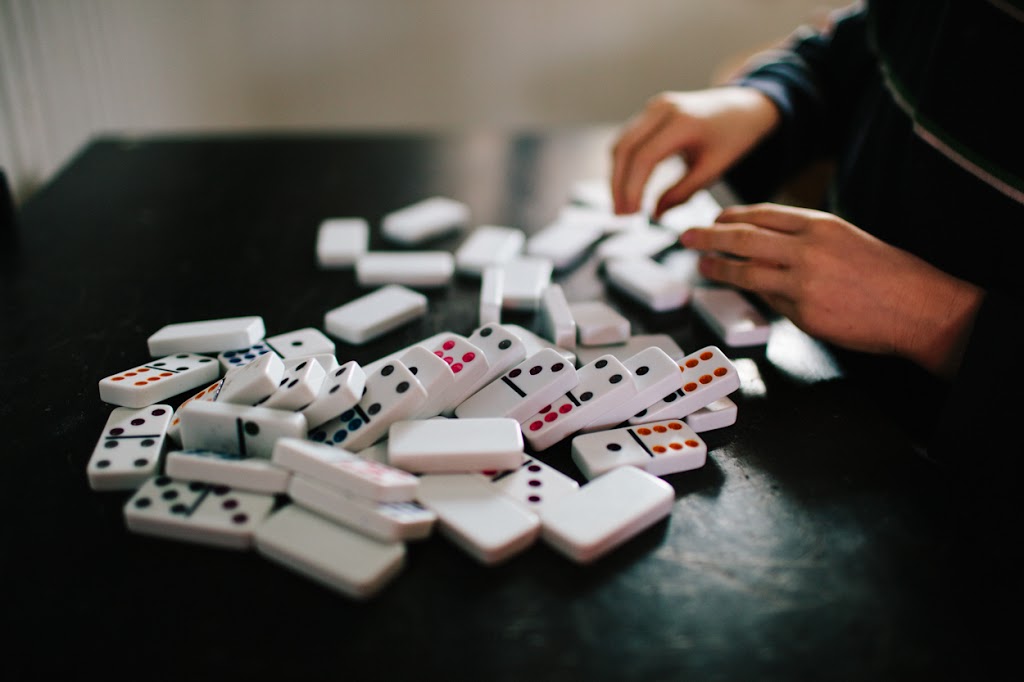 After a day where I felt like I was racing around trying to keep dominoes stacked and feeling inevitably like I was failing at it – I know you deal with those days too – and then reminding myself that trying wasn’t failing but still dealing with the frustration of a March (or it could be any month) day I didn’t feel too sweet. And yet, that is what he wanted to call me in that moment. He didn’t see the fallen dominoes.

He saw what we did.

He saw the 4.5 minutes that I played on the floor undistracted. I saw the distraction, blamed myself it was too short, and thought about how I needed to be better. He saw, he remembered what I did do.

He saw the dinner that I put on the table in front of him. I saw the fact that it wasn’t a favorite dinner, that there wasn’t a green, and felt the frustration of trying to race to get it done, and it was late, and all of that. He saw, he remembered the dinner and didn’t care about that. 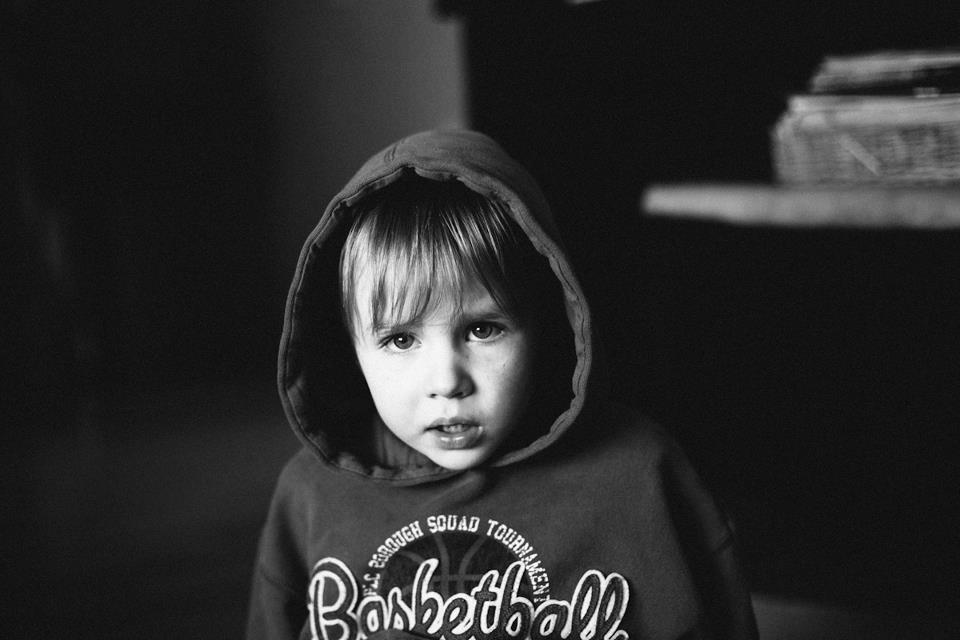 He saw the time I was laughing in the kitchen over something he said. He saw the clothes in his drawer, put away neat, that he could rummage through so he could find his favorite Angry Birds (he does love that game) shirt. He saw apples cut up just so with peanut butter to dip in. He saw a phonics sheet copied and glue and yarn set out to stick on. He saw the work spent getting the snowpants on, the boots, the hat, the gloves tucked in the coat just so that the snow doesn’t slip in, the coat, and all of the winter goodies so that he could play outside for 13 minutes until he got bored. He saw the bowl of popcorn waiting for him with a glass of juice.

He saw that. The dominoes up.

He told it to me again and it hit my heart so deeply. The bar that I hold for motherhood perfection, if not managed, could suck the joy from motherhood. It’s not about having the perfect house, the perfect day, the perfect dinner, the perfect snacks, the perfect phonics lesson, the perfect and matching snow outfits (if you saw my kids when they played outside you’d chuckle), and all of that perfect ideal stuff. It’s about being there. Being the person in the house with them. Cheering for them when they try. Encouraging them. Watching them. Sitting outside. Just being the mom. 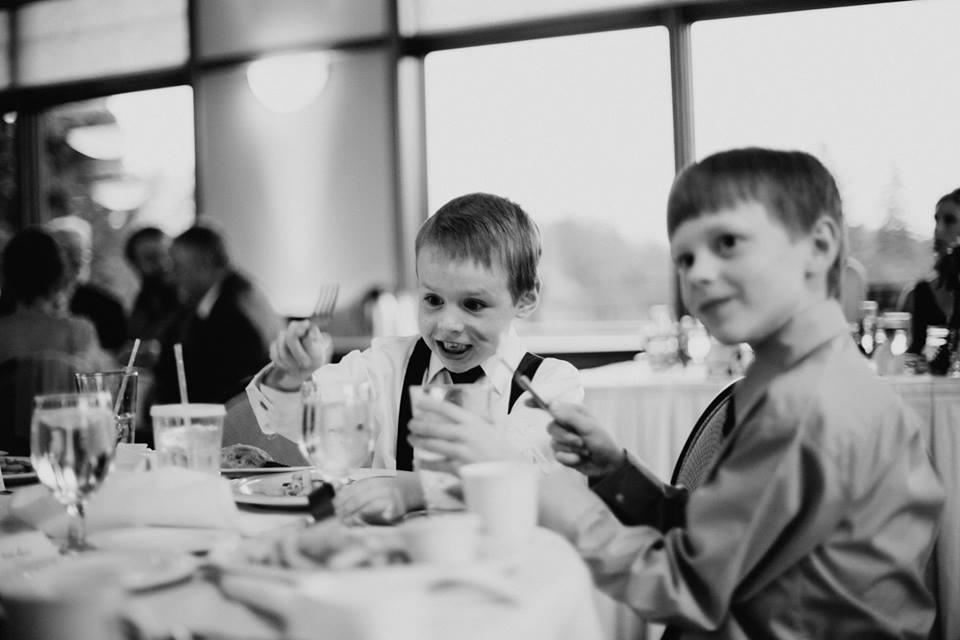 What do you need to see today? Do you need to see all the good that you do? Are you seeing the things you wish you would have done and missing out on the beauty of the simple things that you did do? Do you know how valued you are?

It’s not the big things that they need – it’s you – the mom – being there.

Being there, putting the food on the table, picking them up and having a smile on your face, driving them to class, rocking them in a chair, doing that laundry that it feels like no one cares is done but if it wasn’t done they would care quickly, vacuuming the floor, making dinner from a pantry so bare that it beats Mother Hupboard, sitting up at night, tucking notes in lunch boxes, making cookies, playing for just a moment with blocks, dropping them off at work, smiling when you feel like crying, and just being there.

Being there. That matters.

That’s what they see. 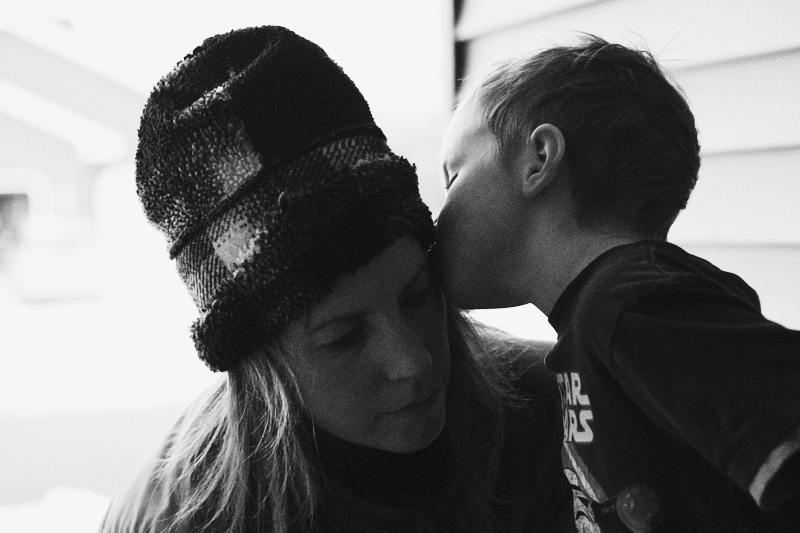 Celebrate those little things, yet the sweetest things, today.

Remember what I believe? You’re a life changer. A game changer.

That’s what mothers, what you, truly are.

Be still my heart… this is perfectly beautiful and just what I needed to read this morning.

Thank you again for your words<3! I love the way you write and what you write:).
Love,
Åsa in Sweden

Perfect post for this winter day in Minnesota. When I heard this morning of the forcasted snow in the days ahead as I looked outside at the mountain of snow outside the window, I took a big deep breath because I’m just plain tired of it and so are my little’s. I know this idea of perfection you wrote of here all too well. Little by little it is getting chisaled from me but still the days of longing for my house to stay clean and little’s to listen and act like little adults instead of the children they are, still come knocking at my door. It really is the sweet things they say and moments of just enjoying the moment I am in that make my day. I love your posts because they ground me and remind me of what is so important in my day and in my life. Thank you!

Ok so I have just had my second baby and I am feeling super-emotional – but after a rough night followed by an even rougher morning, this brought a tear to my eye in a good way 🙂

Thank you thank you thank you for this today. I don’t have much time as we prepare for a move to North Carolina from Portland, Oregon in just a matter of days. but I do have 5 minutes to sit on the floor here and just play something with him and give him my undivided attention. 5 minutes can go a long way…now, off this thing. :)Glad I took the time to read and comment. Thanks.

I love this. What a beautiful message. Thanks for the reminder!

I love this. What a beautiful message. Thanks for the reminder!

I really needed to read this thank you for your inspiring words.. I have one question though I mostly do no let others opinions bother me but what about family members? Mine seem to be competitive but in the wrong way and I let it get to me.. enough of that thank you again for your post today 🙂

BTW Ms Rachel, I love you dear sweet mother. Read you everyday and you have your finger on the pulse of my days. I have three little boys 4, 2, and 2 months old . . . Thank you for sharing your heart!

WOW! Just awesome …. from a Grandma….

I did have one like that…only she was a she…and she’s now the mother of the youngest two of my grands!
Know that you’re in my thoughts and prayers!
Psalms 73:23-26 Nevertheless I am continually with thee: thou hast holden me by my right hand. Thou shalt guide me with thy counsel, and afterward receive me to glory. Whom have I in heaven but thee? and there is none upon earth that I desire beside thee. My flesh and my heart faileth: but God is the strength of my heart, and my portion for ever.
My email address

Beautifully written, so truthful & touching & real. I really needed to be reminded of this today. I am guilty of focusing too much on what I dont do & not enough on what I do do. I bookmarked your site ages ago & forgot about it until today. I will definitely be reading some of your older posts because you have a lot to teach me and make me aware of. Thank you for sharing you thoughts, feelings & life. Its a gift to be able to remind people of the little things & this morning you gave me that gift so thank you (all the way from Australia) x

What a perfect post for me to read TODAY! Was just beating myself up over all the things I HAVEN’T done that I should. I really have to be better about just being there, present, engaged, being MOM!

Dear Hannah’s-Mom,
Thank you for writing this. It is so wonderfully true and hard to remember. I am a homeschooling big sister to an energetic brother and a quiet, creative sister. I need this reminder everyday.
Chelsea

So encouraging! I was thinking about this today and wrote about it too- http://livesimplegood.wordpress.com/2015/03/11/i-get-to-be-a-mom/. Some days are so hard and we need to be able to see the good in them, not only for ourselves but for our children!

This was the perfect thing for me to read today. After what feels like an eternity of dominos down days this felt like a big warm hug. A big warm, don’t worry it’s ok, you can try again tomorrow, the sun will come out tomorrow – hug. Thank you.