Latest Trends
dear sweet mom who feels like she is...
just do the dishes. please. the kids will...
to my kids – the raw truth of...
a mom that shows up
to the mom who lost her heart
i forgot how to be the happy mom
what single moms need friends to know during...
to the mom who keeps going
2020 Mindset Goals
the lesson of the fallen Christmas tree
Home motherhood surviving the domino effect days of motherhood
motherhood 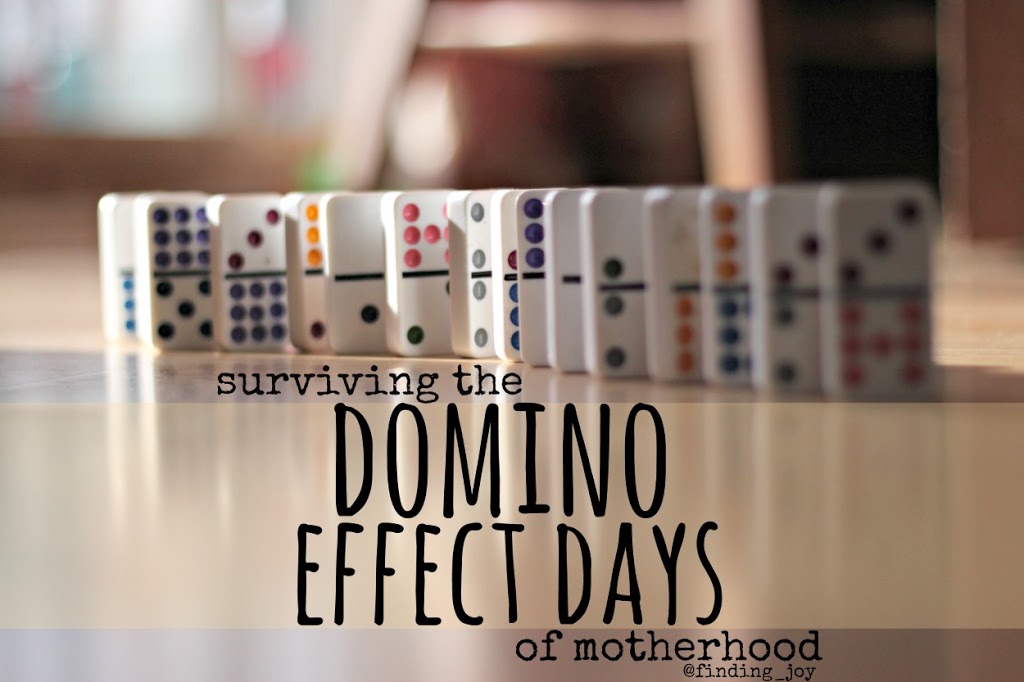 Yesterday was a domino effect day.

And I mean a domino effect day where the dominoes are set up multiple times in hopes that the day will redeem itself and each and every time it is knocked over before the last one is set.

Well, you get the picture – a falling dominoes kind of day. 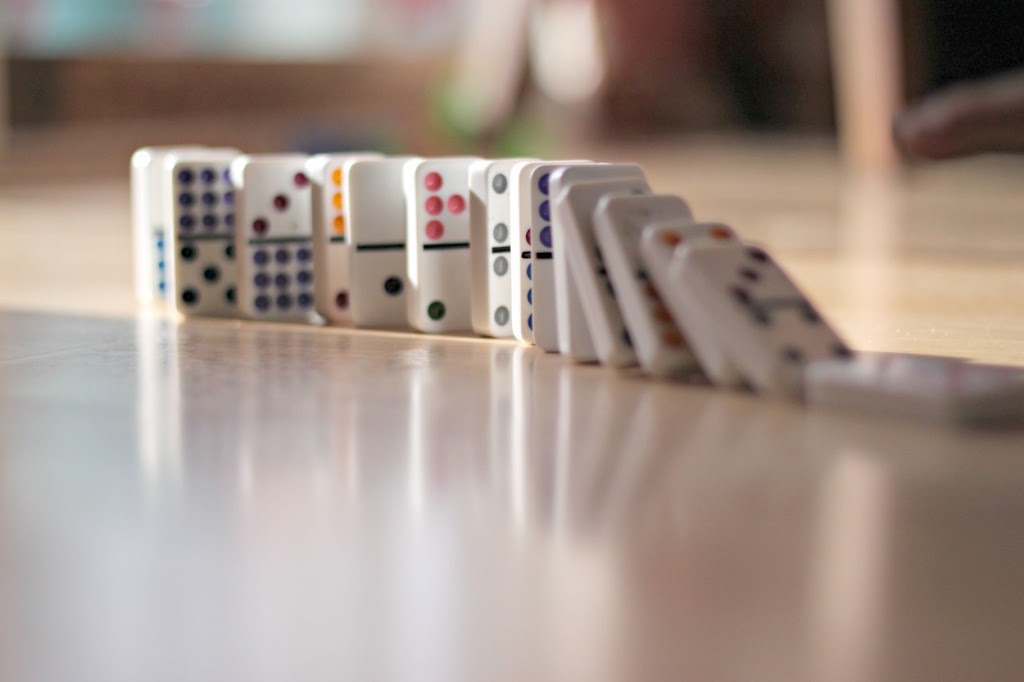 It seems as if all four of my boys decided to wake up on the wrong side of their beds. And this takes tremendous skill as their beds are pushed against the walls and getting up would somehow be impossible. But, they, amazingly, still managed to accomplish the same feat. Whining, no fair cries, more cries, complaining, fighting, complaining again, and all of that was constant.

Remember my domino analogy? Well they were knocking over the dominoes faster than I could reset them.

It got to the point where hearing each whine was making me literally want to sit down on my kitchen floor and have a good pity cry. In fact, I think I did shed some tears for a bit. Finally, I put several in their rooms to read and another on the chair to do their reading and I went and rested on the couch. For just five minutes, I told myself, just five. (And moms, if you need to step back when you get overwhelmed, then you must allow yourself the grace to do that.)

After about 15 minutes Samuel, who also joined that getting out of bed on the wrong side club, wandered over and asked to rest by me. I gathered him in my arms and held onto him and then that sweet boy, who had thrown a tantrum an hour earlier, whispered to me I love you mom. 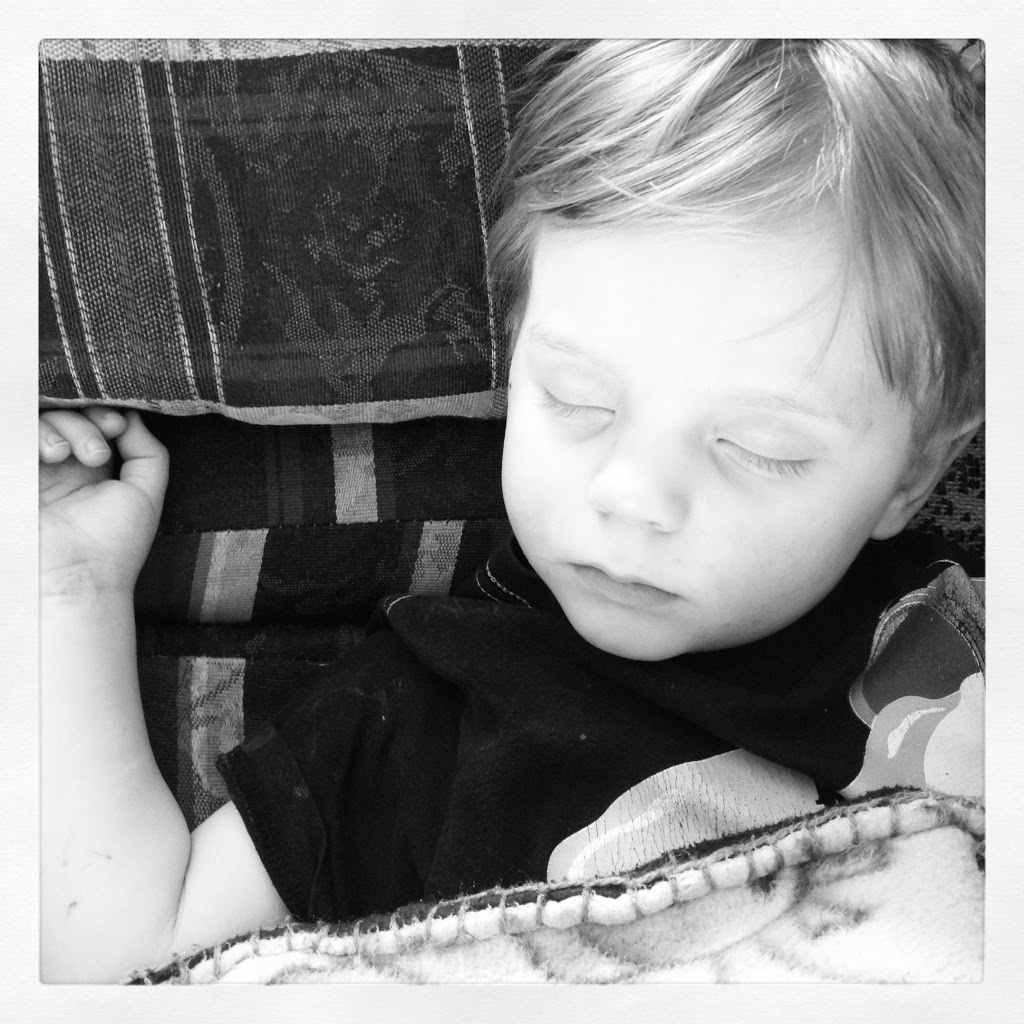 The mom who had declared that she had enough.

The mom who was worn out with the constant and repeated whining.

The mom who decided for lunch that day it would only be Kirkland Honey Roasted Gluten Free Ham on a plate with Pirate’s Booty and some strawberries.

I didn’t make a sandwich or roll the meat – I just put it on the plate and called it good. He loved me. Even though I said a bit too sternly would everyone please just be quiet for just an amazing 58 seconds? And then I got irritated at the mess and all of that. He still loved me.

They happen. I have them, you have them, and the hypothetical, though I’m sure it’s out there, mom with the perfect pinterest board pin for cute ham roll ups for kid’s lunches has them. They are normal.

The crazy thing is that when I wrote this it was in the afternoon of that domino effect day. I was sitting at my table, and Grace was working on some homework, Samuel sleeping on the couch, and the boys playing quietly downstairs. The sun was streaming on my back, and my house was absolutely peaceful. The same day. 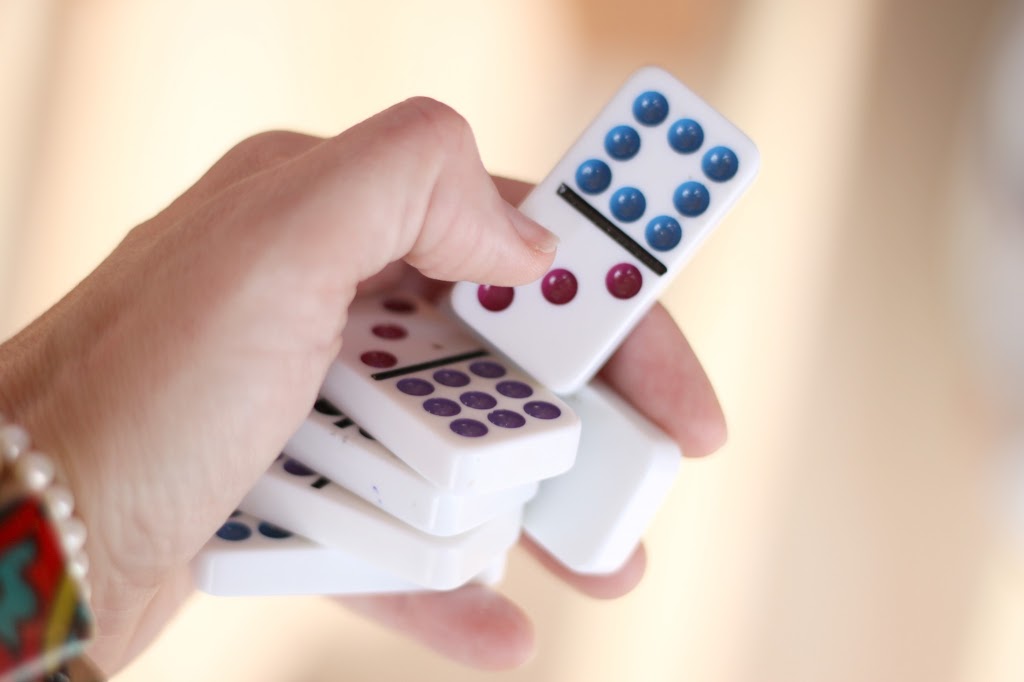 Motherhood is about constantly choosing to pick up the dominoes and resetting them.

You know they are going to fall, but we keep picking them up, making new paths, doing the laundry, dealing with issues, going up and down, and rejoicing over the great accomplishments. Gradually we move forward and the dominoes that once fell will happen no more.

That is what I kept telling myself as I held Samuel as he fell asleep in my arms yesterday. Breathe. Those crazy hard all the dominoes are falling over moments in the morning don’t define a mother. They don’t define motherhood success. They are just real.

Pick up the domino. Stack it well. You will get through those domino effect days.

I’m joining with you.

Wisdom of my 9yo boy: he’s already figured out that if a day begins badly it can be redeemed. He’s suspicious if a day begins well because it can only go downhill from there. Does that say volumes about us?

Rachel – this is so good. Thank you for sharing with us and inspiring us to keep going.

Great post! Loved it, even though my youngest child turns 21 this year. Still love reading your blog! Hopefully I can pass these words of wisdom along to my daughters!

Ah, Tracy! I love that wisdom. So true.

Thank you Jamie and Sandi – I appreciate your words.

Thank you, thank you. You always seem to say what is in my head and on my heart.

Thank you so much!!
Love the way you write, wish I had found your blog earlier…
Live,
Åsa in Sweden

Thank you, you must be living in my house. I cannot tell you how much your words mean to me. And I don’t fell as old as I am, either.

Thank you so much!! I am so blessed that you use your talents to lift other up!! I happened upon (was lead to) an article of yours on a Pinterest board and now I follow you on FB and read your site regularly! It came at a time I thought I was failing as a Mom– we get report cards right?!- and it is helping me keep it real and not beat myself up. Thank you so much!!!! I love you and I have never even met you!!

Reading this was like a breath of fresh air. Thank you!

oh did I ever just have one of those mornings. After too much whining, and (yes I joined it…) I left. I shut my bedroom door and collapsed on the floor in tears. I could hear the kids calling while searching for me, but I stayed where I was. When they opened the door, I was ready to hold them, and listen to them, and let them know I still loved them, and I hoped they still loved me.
It was a drastic, but much needed mom moment.

Wow, I think we’re living parallel lives. I wrote a post on Finding Your Way Back to Mindful Parenting after a day like you described…Thank you. I adore your blog. So happy I found you.

I simply am totally and unbelievably blessed (using multiple adverbs here) by all the lovely comments. I am grateful for each of them. Today has been better, but had in it different challenges – lab draws and doctor’s appointments – and in all those moments it just makes me grateful for simple and beautiful moments. Laughter in the hallway, stickers adorning Samuel’s shirts, and these kind words. I appreciate your thoughts and the fellowship cultivated here.

This was a good one for me, too, Rachel. I’ve been reading your blog for a few weeks now, looking back at archived entries, etc. My friend passed on one for your Dear Mother entries, and I was hooked. Thank you for your words of encouragement. This entry resonated with me because I’ve been researching and thinking and reading, and thinking some more about homeschooling. I have 4 hooligans, ages 2-10, and have just been feeling disconnected from my older children, and seeing that sometimes they are ready for more than what a public school may be able to offer. Anyways, this domino effect you described today is one of my items on the list of reasons not to homeschool — too crazy, too many opportunities for frazzled mom breakdowns, an inability to handle that stuff gracefully. So it was good to hear that a) it happens to you, too, and b) it is temporary. Thanks. 🙂

Thank you. I love reading your blogs. Seems like you are right there with me some days.

today I needed this. thank you

Know that you’re in my thoughts and prayers!
Revelation 7:16-17 They shall hunger no more, neither thirst any more; neither shall the sun light on them, nor any heat. For the Lamb which is in the midst of the throne shall feed them, and shall lead them unto living fountains of waters: and God shall wipe away all tears from their eyes.
My email address

Thank you for sharing this wonderful post Rachel! Indeed, motherhood has a lot of crazy days. But hearing the soft and random whispers of “I love yous” from our little ones makes it all worth it.