Latest Trends
dear sweet mom who feels like she is...
just do the dishes. please. the kids will...
to my kids – the raw truth of...
a mom that shows up
to the mom who lost her heart
i forgot how to be the happy mom
what single moms need friends to know during...
to the mom who keeps going
2020 Mindset Goals
the lesson of the fallen Christmas tree
Home Celiac Disease monday tweets
Celiac Diseasegluten freeSamuel

#coldweatherphotos Hannah has been getting beautiful photos — I think it’s because it’s been cold and windy and rainy and snowy {at least it doesn’t stick} and not spring like. I love this one of my Gracie. 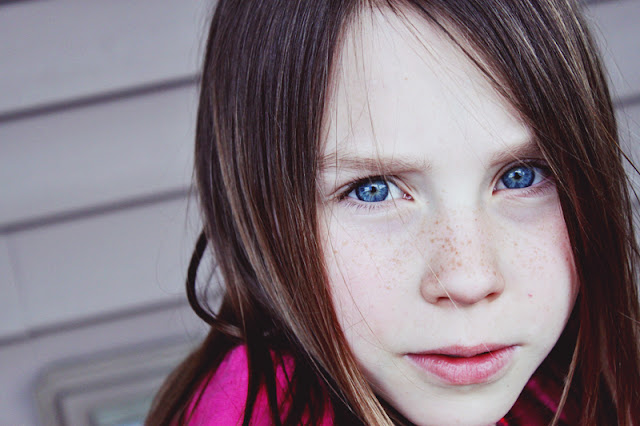 #willspringevercome The first of May in Minnesota was celebrated by 20mph winds accompanied with several bursts of snow showers. Oh yeah, and a high in the low 40’s.  My new tweets are being accompanied with the above hashtag .  I am starting to think that my spring garden planting will be bumped back to being an early summer garden planting. Does that look like spring? That’s my early morning view…. 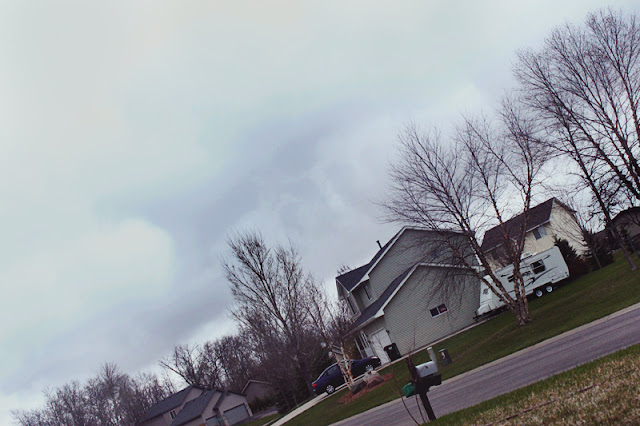 #kidandspaghetti Samuel still loves spaghetti. Now I make sure to purchase gluten free brown rice noodles {from my favorite store — Trader Joes} and we boil up an extra pot of noodles. Samuel doesn’t know the difference between noodles. {Sometimes I still miss the regular noodles.} Samuel is up half a pound, by the way. 🙂 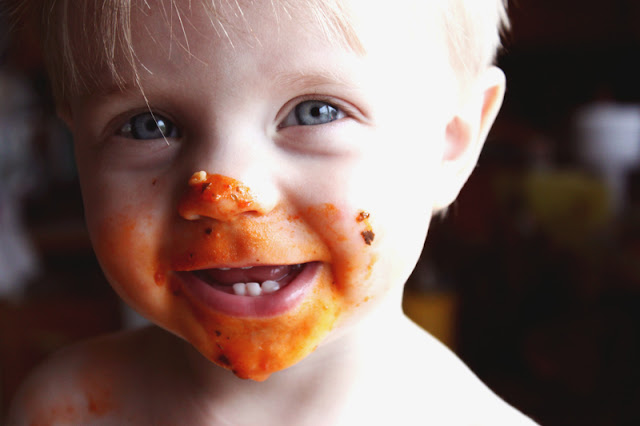 #glutenfreeresults However, eating gluten-free has helped my spring allergies.  This year they’re almost non-existent compared to years where they are so bad that I couldn’t sit up. I went back and checked my blog archive from last year and there were multiple prayer requests for allergy relief. Ah, it makes those rice noodles taste even better.

#CeliacDiseaseAwareness May is Celiac Awareness month. This is so important to me ever since discovering that my Samuel {see his cute face below} has Celiac Disease. Those regular noodles, the non-rice ones? They are terrible for his body. The Trader Joe ones — no harm. Please support bringing awareness for Celiac Disease. It is so serious, and needs to be spoken about. Check out celiaccentral 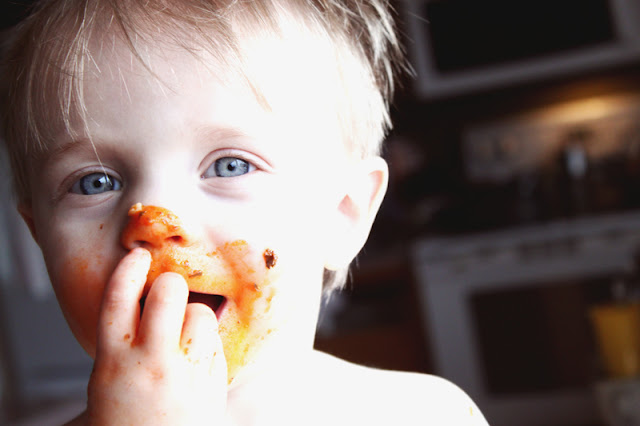 #iheartmynewphone My contract finally came up with our cell phone company and I was able to upgrade my phone. My old phone was truly terrible. Really. When my new android operating smart phone arrived it was awesome. So I became the person in Costco staring at her phone in the middle of the aisle in front of the boneless skinless chicken breasts. And yes, I was checking to make sure they were gluten free. And yes, meat can sometimes contain gluten. And yes, we need stricter and more clear labeling laws. For this guy. 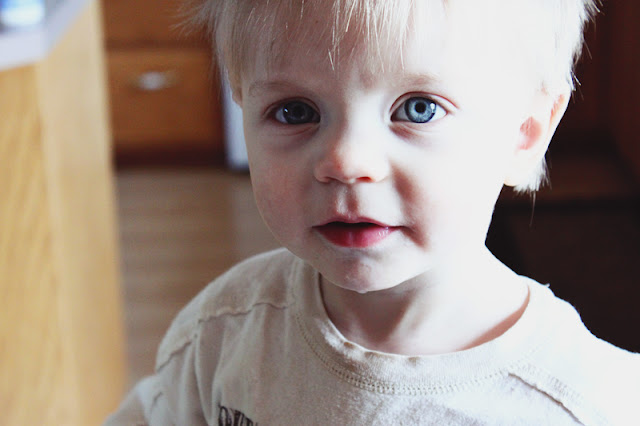 #support1in133 As far as labeling — please check out this site which helps to promote clearer labeling for food labeled gluten-free. Samuel cannot have even a trace of gluten without it damaging his intestines. I do not ever want to see him as sick as he was in January and February. Therefore we NEED to have food labeled properly. I need to know that food labeled gluten free was not processed on a line that processed wheat. That’s not gluten free, my friends. That’s contaminated.

#2Timothy4:7 Last week was challenging. I’d love to blame it on the lack of spring weather. But it really was due to my lack of surrender and stubborn attitude. When I went to Costco — where I searched for that gluten free food — I found in the car my orange notecard holder of Bible verses. I began to read through them, and realized how much I need the Word and it’s truth. My verse for this week? 2 Timothy 4:7

I have fought the good fight
I have finished the race
I have kept the faith.

Blessings on your Monday. And as usual, I’m linking up with my sweet friend, Carissa.

Love your little Sammy-man, you got a prayer warrior here. 🙂 I also like your verse at the end, I’ll have to read 1 Tim. again. (Although I have a tendency to say “I have finished the raith and kept the faith.” :-D)

Yeah for the 1/2 pound. He looks better-his little face and his eyes seem brighter. Just so sweet. I can’t even imagine how frustrating it must be-I get frustrated reading labels and I don’t really have to watch for anything that is life threatening , just like to read them and check for things. I have to watch for artificial sweeteners and msg for my migraines so it must be so hard-things are not labeled well.
Still praying for your family and for sweet Sammy.
Hugs
Jill

I love seeing that sweet little guys face and hearing that he’s up some pounds. He is beautiful and such an amazing portrait of who God is. many prayers continue for him and the rest of your family! I love seeing Hannah’s pictures~ such a gift!

My daughter isn’t celiac, but she’s allergic to gluten, so I’m sort of in the same boat as you…

Thanks for commenting on my post & have a great Monday!

I’m so with you on the labeling laws. I’m going to check out that 1in 133. I ate at a restaurant yesterday called Moes (like Chipotle) and they ate completely gluten free. I thought of you!!!

What a praise!!!- I’m so glad to hear Samuel has put on some weight.

Yay for a new phone. I got a new one back in the fall… It’s so handy! I use mine allthe time too for looking up allergy info for Hunter.

I sure hope you see the sun soon!!!

I like this Misc MOnday and need to pick up on it!

First, I love the way you did the twitter hash tags.

Wow, her photos are excellent! I see a career in photography!!

Have a great week!!

Oh, I think it’s definitely time for Spring to head your way.

Love the gorgeous pictures. Hannah is quite the photographer for sure.

Yea, for Samuel and the weight gain. I do hope it continues.

Always, always love stopping by. Blessings for a wonderful week!

that is interesting about your own gluten free eating & spring allergies! i usually have hay fever/seasonal allergies but fall and harvest time is often the worst for me…
how great that Samuel doesn’t mind the noodle change! he must know that it’s good for him 🙂
if only Canada had Trader Joe’s! i have heard many good things lately from my american bloggy friends.
thanks so much for popping by 🙂 i love reading new blogs!

Someone loves their brown rice noodles…CUTE!!

Wasn’t sure if there would ever be any more sghetti face pics again…am thrilled that there still are!
The Lord will always be there to get you through whatever you have to face. Praying!
2 Corinthians 12:9-10 And he said unto me, My grace is sufficient for thee: for my strength is made perfect in weakness. Most gladly therefore will I rather glory in my infirmities, that the power of Christ may rest upon me. Therefore I take pleasure in infirmities, in reproaches, in necessities, in persecutions, in distresses for Christ’s sake: for when I am weak, then am I strong.
Prayer Bears
My email address

hooray for the half pound weight increase!
that is just the best news.

Here’s a cheer for the half-pound!