Latest Trends
dear sweet mom who feels like she is...
just do the dishes. please. the kids will...
to my kids – the raw truth of...
a mom that shows up
to the mom who lost her heart
i forgot how to be the happy mom
what single moms need friends to know during...
to the mom who keeps going
2020 Mindset Goals
the lesson of the fallen Christmas tree
Home Celiac Disease the little moments matter
Celiac Diseasegluten freeSamuel

by Rachel Marie Martin
0 shares
The light peeked through the windows as heavy gray clouds danced across the horizon. Raindrops slowly fell, leaving splatters of dampness on the deck.

Samuel sat on his knees at our worn oak dining table. His little feet hung off the back of the bench, his yellow nuk alternating between his mouth and resting on the table. Carefully he balanced while eating his bowl of cereal splashed with lactose free milk. A late afternoon snack for my hungry boy. 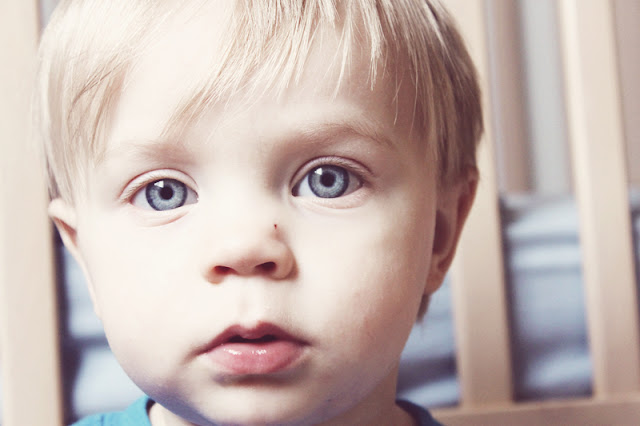 I watched as his little hands, his right wrist still sporting the hospital arm band that he keeps asking to have back on, grabbed the spoon and worked to get those round gorilla munch puffs in his mouth. A couple would fall, but he’d keep working. Sighing sighs of contentment between drippy bites.

My heart felt at peace.

As I watched that sweet boy of mine eat I began to remember. I remembered how just a mere four months ago he had no energy to eat. I remembered my eyes welling with tears as I saw him rest on the floor — with no energy to play. I remembered how he slept throughout the day. His pale, pale face. The vacant eyes. And I remembered the pain and the look of sadness in his eyes pleading with me to make it better. The slow horrible fade. 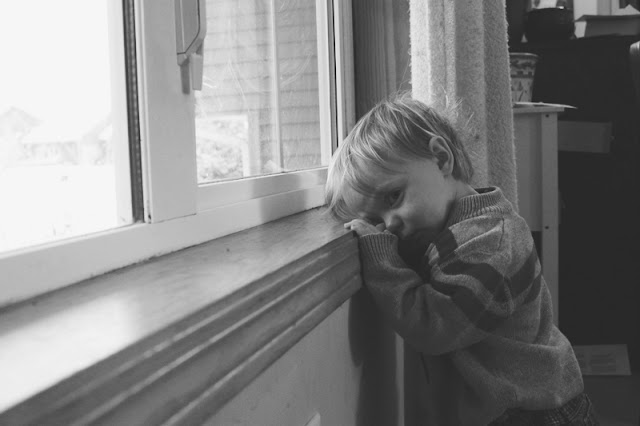 Humbled by memory, I looked up again. His attempt at neatness was done. Now the faded lime green bowl bought years ago at Ikea was upside down. Samuel was raking round morsels of gluten free goodness into his hands bit by bit. Some made it in his mouth, the rest onto the birch colored floor below.

I knew then that I should never take him eating for granted again.

It hit me so strongly — the need to remember — to be grateful for the little things like eating a late afternoon snack in late May.

He couldn’t do it in January.

But now, by the grace of God, now my boy can.

That is a joyful thing.

Alleluia to God, our Healer.

Thank you for healing Samuel. 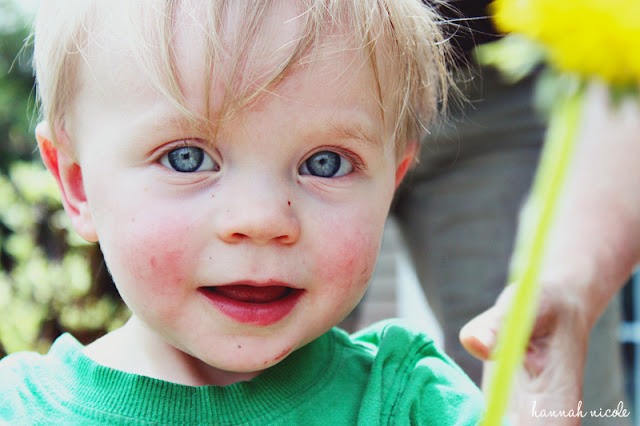 Rachel – I can’t express what an inspiration you are…the way you tirelessly fight for your little ones, and lift them up to the Lord, and demonstrate reliance on Him. Good job, Momma.

Thank you for sharing your life and struggles and beautiful children with us. Blessings to you and your family!

You are an incredibly gifted writer. What sweet words and what a testimony God’s goodness 🙂

Praise God for the healing He has done in Samuel!
I love Gorilla Munch. May have to stock up as I am contemplating going gluten free!

That is so wonderful, it sounds like he’s doing much better! Praise the Lord!

Thank Him indeed. I go through the same thing because Jamison did not talk for a long time and how I wished for her just to say something. Now, when she’s talking a lot, I have to remember the days I longed to hear her little voice and how grateful I am that she can communicate with me. Here’s to Samuel enjoying more and more snacks 🙂

I must have stared at the first picture of Samuel for a few minutes with tears welling in my eyes. He just looks so angelic, his eyes so clear and blue, his little face the picture of perfection. It breaks my heart to think of the suffering you both have gone through. And yes, praise be to our Lord above who is working his miracles in you both every day!

Wow, this is such a heart felt, beautiful post. Yes, praise the Lord!

You are an inspiration, and so is your little one. <3 Praise the Lord for all He’s done!

I rejoice with you my friend. Praise God for the healing in Samuel’s life!!!
Love,
Lynnette

That boy just melts my heart!
Am here praying!
Proverbs 3:5-6 Trust in the LORD with all thine heart; and lean not unto thine own understanding. In all thy ways acknowledge him, and he shall direct thy paths.
Prayer Bears
My email address

Hey there …just letting you know that I love your blog so much that I am sending rays of sunshine to you (and your lovely blog) in the way of a little blog award. Which is a nice way of saying your blog rocks and to encourage you with all your fabulous thoughts and musings. So stop by and pick up your ‘Stylish Blogger Award’ sometime soon … and if not, just know that your blog is a sunny place to be 🙂 xx

it is always good to remember from whence
you came, and we rejoice with you! your
precious one was lost, but now he is found
and so much stronger!

mmmm, so true and so sweet. We take so much for granted. We don’t think what a blessing it is that our children can eat, sleep and play and be healthy kids. I am with you. God has shown me fully that every day and every little thing my child does is something to be cherished and soaked up. I cannot imagine what it must have been like to go through what you did with this little guy. God is our healer indeed! PRaise God for the healing your little one has had!!

Rachel,
I read this late last night. Your words are so beautiful and Samuel is so precious, I could not help but think of Emmy. And then I dreamed of her–a rare gift. Thank you.

Please give your little man a squeeze from me. Watching him thrive has been a balm to my heart. I am so glad you are telling his story.

Prase God. It is awesome the Lord is healing your son.