Latest Trends
dear sweet mom who feels like she is...
just do the dishes. please. the kids will...
to my kids – the raw truth of...
a mom that shows up
to the mom who lost her heart
i forgot how to be the happy mom
what single moms need friends to know during...
to the mom who keeps going
2020 Mindset Goals
the lesson of the fallen Christmas tree
Home littlethingsmatter dear mom – why it’s never too late.
littlethingsmattermotherhood

Sometimes I look at my life and I see every single thing that isn’t right. 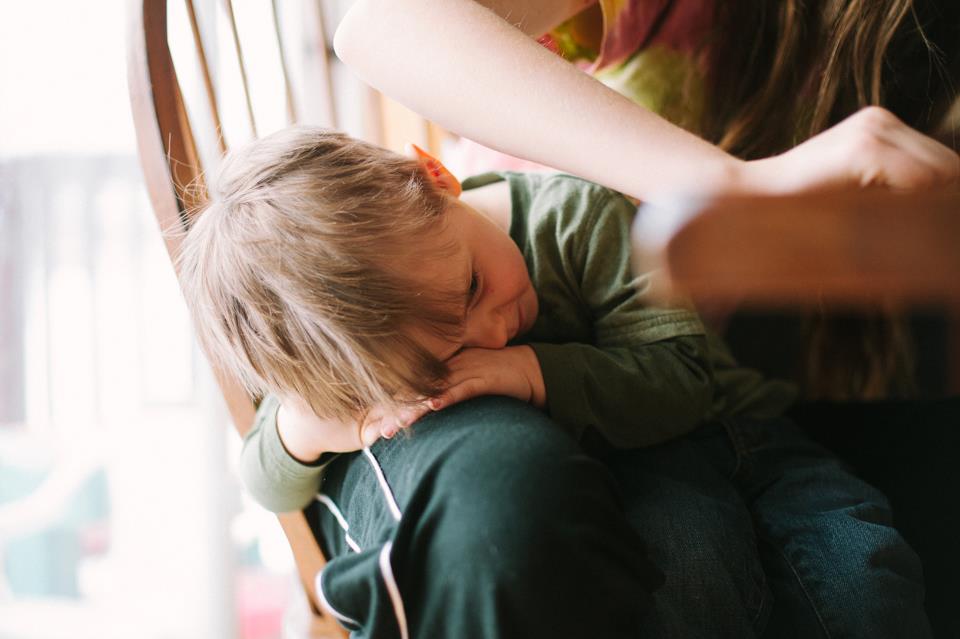 I see the mistakes. The dreams that I think are lost. I’ll look at my mothering journey and allow these hypothetical and much to hard on myself regrets to fill my mind. I’ll start to wish I had done this or that or slowed down a bit more. I feel like it’s too late, I guess.  I know, we all read these words about slowing down and savoring the moments, but so often life, and motherhood, is like this gigantic marathon which is actually run at the pace of a sprint. I think when I slow down those are the moments when I realize whoa… I’m tired. And then it becomes hard to start again. So I just move.

Motherhood is life in constant motion.

The other morning I was sitting on my couch working as fast and efficiently as I could in the 45 minutes between when my oldest boys left for school and my little boys wake up. I know you get that – that time when you have a breath of space – and how crazy fast one can be knowing they only have limited moments. Well, my four year old Samuel woke up almost twenty minutes early. He wandered down the stairs, saw me, and came over.

Well, I have a policy (yes, yes, my own policies that I’ve subconsciously written for my life) that when the boys wake up they get my undivided attention for those moments. Or at least the best I can do (don’t forget that – don’t ever forget the beauty in doing your best). So I shut my MacBook and pushed my phone over to the side and scooped up that sweet four year old of mine. Who, in case you’re wondering, will tell you he is actually four and a half.

The other day I told him that the days that he would fit in my arms wouldn’t last and that one day he would be a grown man. Ever since then every single day he wants me to hold him.

Because I’ll get big, momma.

That’s what he’ll whisper to me. 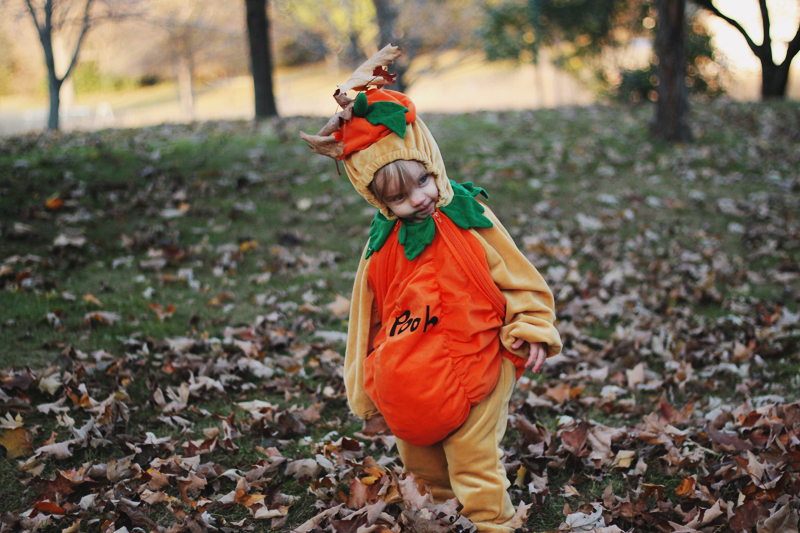 Because I’ll get big.

So I picked him up, nestled him in my arms, rested my chin on his head, and just held him.

And the he said in his sweet little still sounds like a preschooler voice if I put my head here then you can still work, momma.

A tear slid from my eye at that moment. In fact, as I type these words on that same MacBook Pro my eyes are welling with tears. Now, it would be easy to think that it was simply about me feeling bad that he recognized that I had to work. It could be easy to start to look at my days and wonder if I’m not good enough. But, it’s not – it’s instead this dichotomy of realizing that the moments are fleeting coupled with the truth that as moms (and dads – as I’ve found that there are many dads who read my site as  well) there are realities that we must do.

I was reminded of that this morning.

Sometimes we think that age and time are definers of life being to late. But, that’s short sighted and misses the unbelievable success in all the joys sprinkled throughout life. The graphic showed many successful people who found success later in life.

Sometimes in my life I’ll put that qualifier of it being too late on myself. I’ll so quickly attach it to motherhood moments – like those seconds with Samuel – and instead of realizing that I took the time I’ll think about all the times I wish had done more and completely negate the movement forward in now. 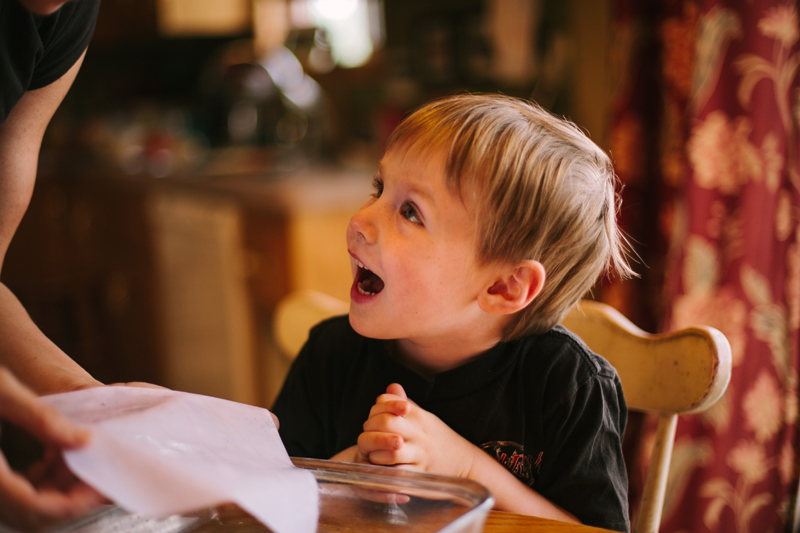 How easy is it to think that we’ve messed up and it can’t be fixed? It’s easy to look at the moments and wish we had done more. You know that moment with Samuel? I could have been really hard on myself thinking that he only sees me as the mom that works. But, the truth? I work so that there is food on the table. I work because no matter what the work  is – whether staying home or going to an office or typing words on a computer or traveling – it is for our families.

I held him. Told him I loved him.

And then the 84 seconds later when he decided he had enough cuddling and decided to go upstairs and dump out the blocks that we had just picked up the night before I picked up my computer and finished my emails. Well, attempted to finish them. Ha, who am I kidding? I get over 400 emails a day. I barely touched them. But, you get the point. I kept moving.

It’s not too late for you today. Maybe yesterday was the worst day ever (read to the mom who feels like she is the worst mom ever). That was yesterday. You have today. Maybe this morning you freaked out because the orange juice spilled and you couldn’t find the math sheet that you and your nine year old struggled through last night and there was crayon in your dryer and you’re late. That is in the past. 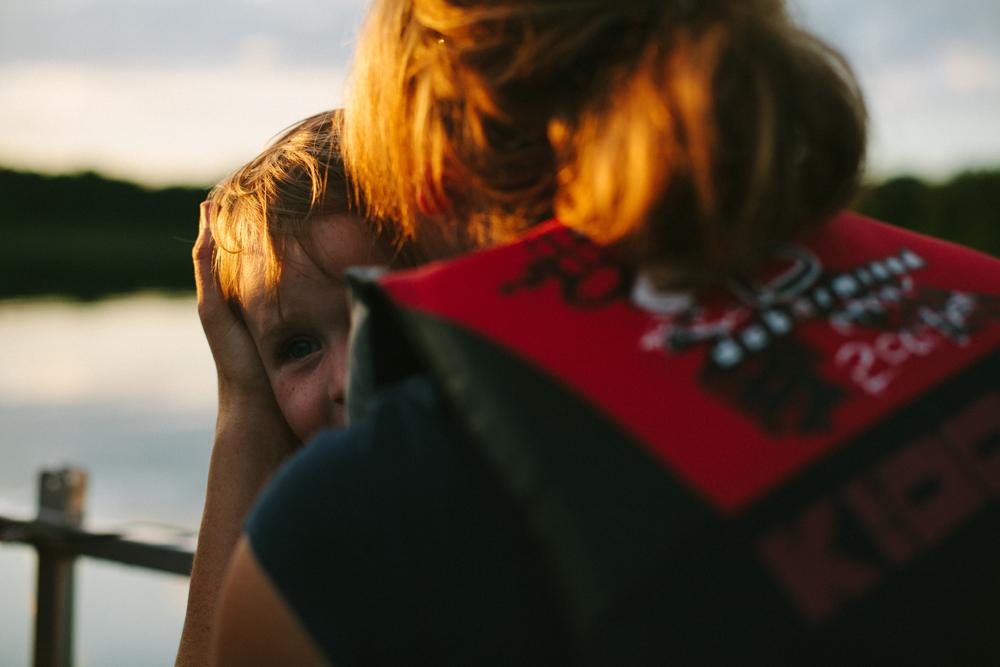 So what are you going to do?

Well, besides the dishes. Wait. Dishes matter. It’s movement. So does reading the same story over and over again and waiting to do the dishes. So does packing the kids in the car and getting groceries. It’s movement dear moms. Constant movement in the sprint of motherhood. Don’t let discouragement get you down. Don’t sit in all the things that you wish you could have done. Learn. Move forward. Give yourself grace.

The sweet motherhood moments are tucked in movement.

They’re the moments like the cuddle I had with Samuel. High fives after basketball practice. Smiles across the table. Tucking in covers up to the chin at night. Tying shoes. Working at the table while your kids color next to you. Mowing the lawn. Shoveling the walk. Folding shirts only to find them on the floor hours later. Brushing teeth and trying to help them floss. Watching them play in the backyard when spring finally returns. Little ordinary things that are the jewel moments in life. 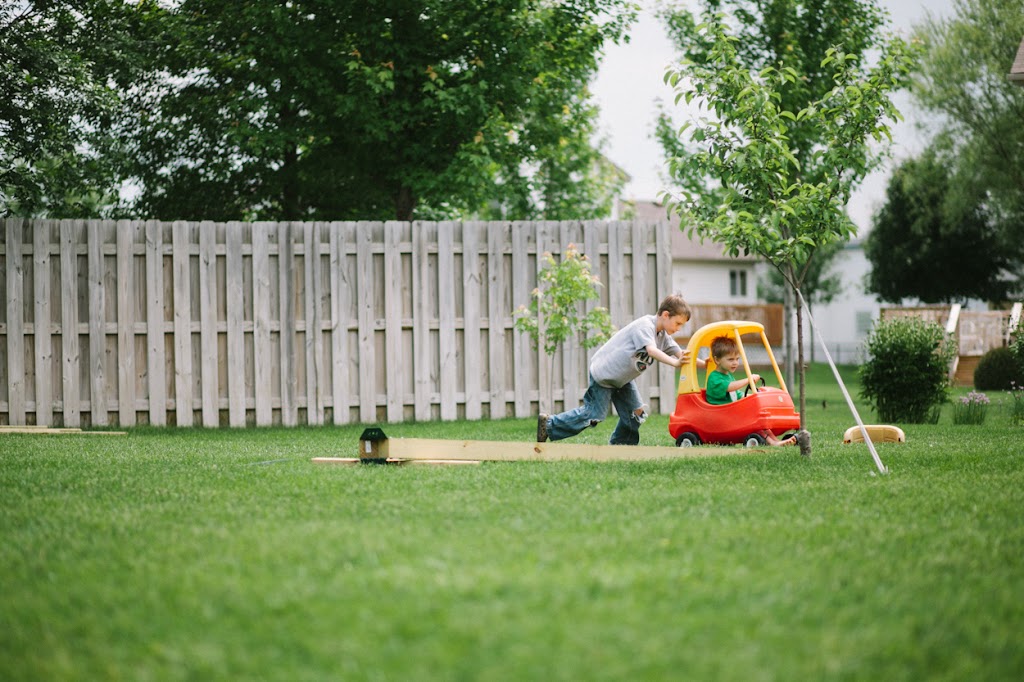 So today, today rise up, dust off the discouragement, let go of the regrets, and be the best you can be. Life doesn’t have to be perfect to be beautiful. Life, in fact, is a story written with moments of work and giving and many many many times of pulling up those boot straps and trying again. It’s never ever too late.

Brave mom. You have now.

Check out The Mom Confession for more truth about motherhood.

All photographs used by permission and credited to Hannah Nicole.
Images and original content are sole property of Rachel Martin and may not be used, copied or transmitted without prior written consent.

Very beautifully written and so touching.

As a father I enjoy your posts very much. I’m always wanting to better myself as a father….as a person. I have 4 children under 11 years old. Thank you for this post.

THank you, Jeff. I appreciate your words.

A lot of nights I just don’t know what to say so I’ll just say wow.
Know that you’re always in my thoughts and prayers!
Psalms 27:7-9 Hear, O LORD, when I cry with my voice: have mercy also upon me, and answer me. When thou saidst, Seek ye my face; my heart said unto thee, Thy face, LORD, will I seek. Hide not thy face far from me; put not thy servant away in anger: thou hast been my help; leave me not, neither forsake me, O God of my salvation.

This is quite possibly the best thing I’ve ever read. Thank you so much.

Love all these pics, too!
Continuing to lift up prayers!
Psalms 27:13-14: I had fainted, unless I had believed to see the goodness of the LORD in the land of the living. Wait on the LORD: be of good courage, and he shall strengthen thine heart: wait, I say, on the LORD.

This is so wonderful. I needed to read this and I just found your blog through someone sharing this post onto facebook so I am going to check out the other articles now that you mentioned. You have a talent for writing truths, and I like that. God bless

One more person here to say thank you for your encouragement and to give you encouragement to keep sharing these words with the world. Our family has entered into the realm of 3 under the age of 5 and while we are blessed in so many ways, it doesn’t negate the really tough days. In this phase of my life as SAHM, there have been many tough days in recent months. Those days are just as real as the joyful days. And so, upon discovering this blog I now appreciate afternoon quiet time and the moments I have to read your words. Most days leave me in tears because it rings so true to my heart. Thank you for your reminders of grace and not needing to be perfect. Keep on doing what you’re doing!

Seriously! YOU ARE FABULOUS!! This morning my 5 year old daughter said I’ll brush your hair if you’ll brush mine. In that moment all I could think of was getting everything together for the day. When I realized I was wishing away this special time the self loathing began. We need to stop and enjoy the moments!!! Thank you for really hitting a cord today. Lovely just lovely.

Another wonderfully written post that I needed to hear! This made me tear up because of how true it is, and somethign that I struggle with. Thanks for the comforting words.

Beautifully said. My daughter died at age 17, and it really is too late for us. But that makes your post even more poignant.

Thank you. This made me realize I can only do what is in my heart to help my kids and grand kids. Love being a mom and grand mom. My family means everything to me. Memories of each of our 3 grown kids. And special memories of each grandchild with love felt as they give us such wonderful love.

I just love your blog. You write straight to my heart! I am a proud and imperfect mom and am so glad to find I am in great company!