Latest Trends
dear sweet mom who feels like she is...
just do the dishes. please. the kids will...
to my kids – the raw truth of...
a mom that shows up
to the mom who lost her heart
i forgot how to be the happy mom
what single moms need friends to know during...
to the mom who keeps going
2020 Mindset Goals
the lesson of the fallen Christmas tree
Home Celiac Disease coming to grips
Celiac Diseasegluten free

Last Thursday, after Samuel’s Gastroenterologist called to tell me that Samuel’s biopsy was clear {thank goodness} and that it officially confirmed Celiac Disease due to the healing {along with genetic screening and normalized labs}, instead of initially rejoicing I wept. It surprised me. I wasn’t expecting to start to cry over the official Celiac Disease diagnosis, and yet, once it became finalized the last four months, the last year, of sickness washed over me.

I think I was secretly hoping that it was all a mistake. 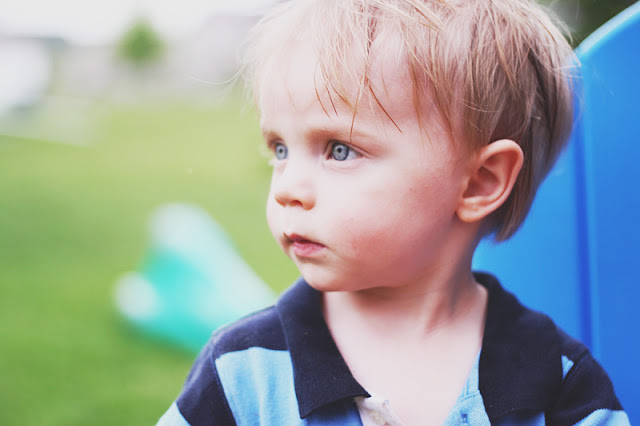 Like maybe they had the wrong labs. Or he just had a really-really-really long case of the flu. Or it was just a fluke. But, deep down, I knew. I knew he had Celiac back in early January. I knew. My momma’s heart just knew. 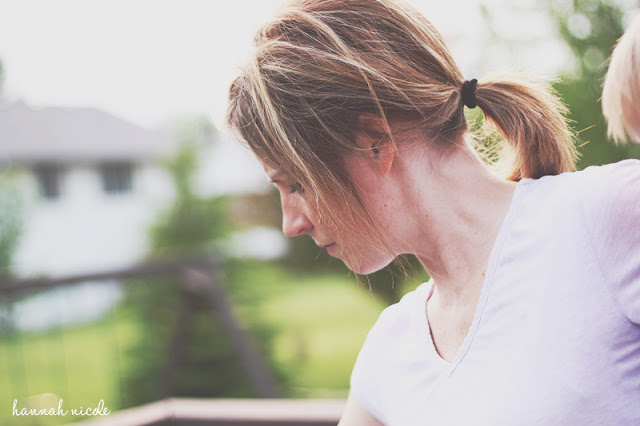 So why did the diagnosis bring me to my knees?

I think the entire event finally caught up. I vacillated between being so joyful it was caught to being so frustrated at myself that he had to deal with it for so long to realizing that his life would never be what society deems as “normal” due to the medical necessity of him eating gluten free. And in that realization of eating an extremely strict gluten free diet came the truth that it is not a temporary thing — but an entire life thing. His surgeon kept emphasizing to me how strict I had to be as Samuel was literally starving in January. He can’t cheat. Ever. 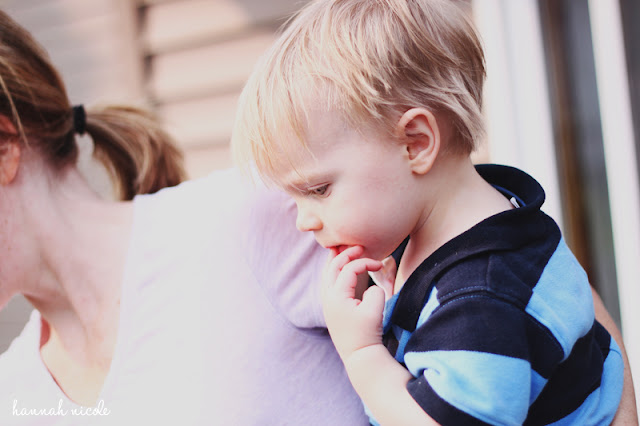 Eating any bit of gluten would destroy that intestinal tract that has now, thankfully, healed.

It’s interesting what you deal with in life that you never expected to — I didn’t really know much about Celiac Disease prior to December last year. I’d heard it and probably dismissed it as “so extreme” — so being placed in this position has humbled me. Opened my eyes. Made me aware. 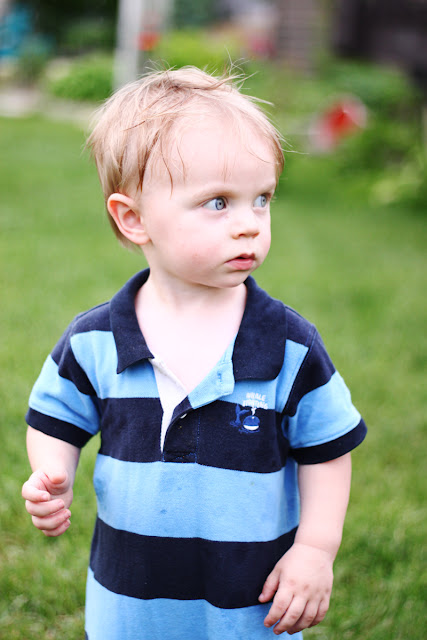 And made me an advocate.

If we’re going to deal with the Celiac card then I will do all I can to get awareness out, to fight for a cure, to fight for Samuel, and to make life, especially for Samuel, as absolutely normal as possible.  This is part of my journey right now. Instead of running away, I’ll run towards. 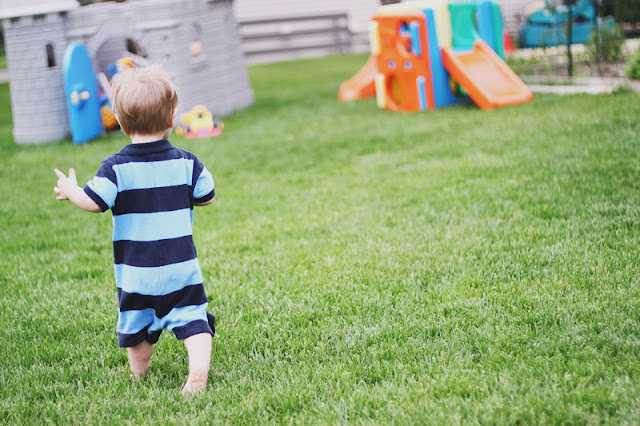 And never giving up.

Even though some days I might cry. Just a bit. 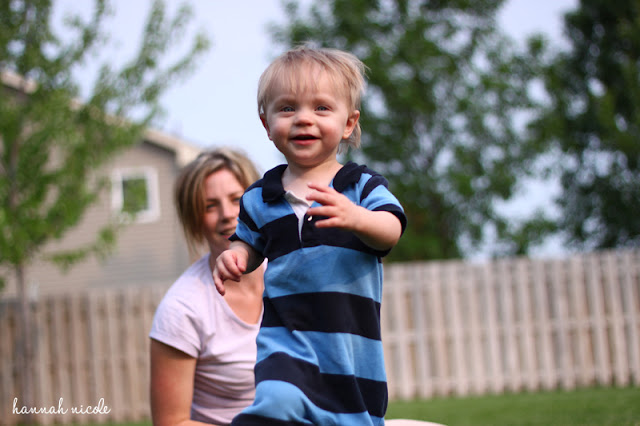 the gift of raising a child gluten free

He’s such a cutie! I’m so glad you can finally move on knowing exactly what it is-I’m sure it’s so hard for you…but you’re stronger than you think and I know you’ll beat this!

I’m thankful for you that Samuel has an official diagnosis and you guys can start figuring out how to make it work…because you will make it work!
Our family has no reason to eat some things gluten free but we do anyway…Trader Joe’s (if you have those by you) makes an awesome brown rice pasta that doesn’t taste bad (it tastes a bit funny when you reheat it though), along with other gluten-free products. And my kids love Gorilla Munch, a cereal that you can get at Shop Rite even, that is gluten-free too! our Shop Rite has a couple of small isles filled with gluten free products! Wishing you luck and love on your new endeavor!

I have a cousin that has been gf since he was Samuel’s age. Many of the same issues, I think. He’s made the lifestyle changes and is now a healthy 20-something. It can be done, and I know you’ll do it. You’re such a good mama.

He’s so precious! What a blessing modern medicine is, isn’t it?! The fact the we can even know a thing like that for sure is an amazing gift!
I’m sure the permanency of such an “extreme” diet change is hard (we’ve gone gluten-free for some months at a time in the past, due to some allergy issues, but I’ve always thought about how I didn’t think I could handle it long term…), but a confirmed diagnosis should make it a bit easier to keep it up, and to make sure he doesn’t cheat. If you didn’t know, you’d be tempted to cheat, down the road, as he’s feeling, growing, and developing great… kwim?

Anyhoo- Enjoy the rest of your Sunday!!

samuel is tooooo cute. i am so glad he’s healed. phil. 4:4 – “rejoice in the Lord always. i will say it again: rejoice!”

Goodness! Sometimes it’s difficult enough keeping up with kids who don’t have any health issues! I have sooo much respect for moms who have those added concerns. He looks great, and just remember that the Lord gives grace for those tough days!! LOTS of it.

Even though your momma’s heart knew, there is something about the finality of any diagnosis, even when expected, that would draw us to our knees. And as a mom, I know that I would hold out hope that it was maybe a mistake. So it’s normal that the official diagnosis shocked you into reality. But I am so very thankful that we have a diagnosis and that you are doing an excellent job protecting Samuel and keeping him away from Gluten. I praise the Lord that he’s brought healing to Samuel and that he is growing again and is happy again!

It doesn’t surprise me that you were brought to your knees. I think we as mamas try to stay strong for so long and sometimes it just catches up to us. But our weakness makes His Glory shine, so it’s OK to kneel. You will remain in my prayers.

To know for certain what is wrong and how to help will be such a blessing in little Samuel’s life. Thank you for sharing your heart (and the lovely pictures of you and your precious boy!). Always find your strength in our Savior and cry on His shoulder when you need to; He will always be there.

Oh, Rachel, this entry brought back so many memories for me. Our son was 7 years old when he was diagnosed with Juvenile Diabetes. Like you, I knew that was what was wrong, but when I heard the confirmation of that, I thought I was going to die. That was 24 years ago and we met it “head on” just as you are doing with the Celiac and we taught him to be a responsible in his care and he is still enjoying good health, but it has not always been easy and it still hurts my heart that he will ALWAYS have to deal with this. Hugs to you!

Rachel, I feel like I could have written this post in February when we got my son’s Williams syndrome diagnosis. I knew – from the first mention of the condition 4 weeks earlier – that he had it but getting the official lab results and diagnosis. I knew he had it. I was expecting and planned for that call. Still, I broke down in to tears – tears of sadness and mourning and eventually tears of relief for having an answer and action items to improve my son’s quality of life. You are doing and amazing job and Samuel is an amazing, beautiful boy.

Your strength is an inspiration. And I don’t think crying takes anything away from that strength. If anything, it renews your spirit. And a firm answer is a starting ground to a convicted path and you are convicted to walk it with grace. Your family amazes me and I am humbled and proud to be able to share this little bit of it through this wonderful technology of blogging 🙂

Have a blessed day Rachel!

I am sure you have been holding a lot inside and keeping it all bottled up. Glad to hear the biopsy is clear. He is lucky to have you watching out for him. Prayers for you.

those comments of others who have had the same thing happen are spot on. you know in your heart that your child has “IT” but you hope against hope that you are wrong. then when you get the call, you crumble. its a bittersweet time. you are glad to have the correct dx and know where to go from there, but you are grieved that it is what it is and it is for LIFE! and nothing except a miracle will ever change that dx in your child’s life.

let me tell you from an experienced parent that is does get easier, you find a new normal to your life and there will be joy again in the midst of the disease.

I started a few comments and couldn’t decide exactly what to say. So, I decided to stick with this…
You are wonderful mommy and Samuel is so blessed to have you take care of and love on him.
Love,
Lynnette

Wow. My little brother has cleft palate and Pierre Robind Syndrome (I think that’s how you spell it). He too was literally starving in front of us, because he couldn’t nurse and could barely drink from a bottle. It makes my heart hurt just thinking about it :'(
But when I read stories like these, it makes me very thankful, indeed. My little brother won’t have this problem for the rest of his life. It will get fixed, and soon.
God bless you, and give you strength. You have a precious, precious little boy, and I pray that he will continue to grow strong and healthy, and have many, many happy years ahead of him for you to cherish 😀

Stumbled upon your blog this morning and love your writing! Official diagnosis are hard … but gives us a place to move forward from. From 11 months till 2 1/2 Our little guy (now 5) spent over a year being tested for everything we could think of … doctors were sure it was celiac (till tests came back) … turned out to be something else, more rare … but we are dealing and coping and he is for the most part a healthy normal 5 year old now. You’ll get there.

On a totally different subject … I see your yard looks much like mine … the castle and the square climber with the slide, we have both of those too. We have 5 kiddos, 2 girls 3 boys … chaotic, exciting life