Latest Trends
dear sweet mom who feels like she is...
just do the dishes. please. the kids will...
to my kids – the raw truth of...
a mom that shows up
to the mom who lost her heart
i forgot how to be the happy mom
what single moms need friends to know during...
2020 Mindset Goals
to the mom who keeps going
the lesson of the fallen Christmas tree
Home Life don’t dismiss the “big deals”
Life

Seriously, potty training, it’s not that big a deal.

Middle school? Not a big deal.

Those teacher conferences? They’re not a big deal.

You haven’t started Christmas shopping yet? You’ll get it done. No big deal.

Why are you worrying about the pacifier? It’s not a big deal.

Sometimes I worry about what seems like silly things. If the kids remembered a paper or how I’m going to finish everything or what “Minute to Win It” games I’m going to plan for my 4th grader’s Holiday Party.

It would so be easy to say, “listen it’s not that big a deal.” But, maybe you’re like me, and there are times where others mean well telling you it’s not a big deal and it just feels like a slap in the face. Maybe it’s not a big deal, but, in that moment?

It can feel huge.

Sometimes I get upset about the silliest things. Like the other day I left a business card with an email on the back for my surgeon. He gave it to me at my appointment and specifically asked me to email him after my MRI for my ankle. I got distracted, left the card and instead figured out how to walk in the boot.

Leaving that business card felt like a big deal to me. I was overwhelmed and tired and totally taken aback by an injury more than likely causing me to have surgery that I didn’t know I had even last week.

But, as silly as it seems, in that moment, losing my surgeon’s business card, was a big deal to me. I was just frustrated, just overwhelmed and at that place of tears. So small things, or what seems small to everyone else, felt GIANT to me.

I’ve been told so many times over my life to toughen up or not to cry over things that didn’t feel like big deals to the other person. But that’s the point – sometimes the big deals may not seem huge to us, but to our friend in the middle of it, well, they just might be real, in that moment, big deals.

It’s easy to try to explain away to our friends who have struggles why their issues might not be big deals, but that’s through the perspective, through the lens of ourselves and our current realities. I remember when my son Samuel was diagnosed with Celiac Disease I had a commenter tell me that I should be grateful because he won’t ever be able to eat fast food. I know she meant well, but man oh man, in that moment it was a big deal to me that he was never going to be able to eat gluten in his entire life. And being told it wasn’t a big deal, when it really was a big deal to me, made me feel frustrated and like my heart didn’t matter.

All those big deals do matter. 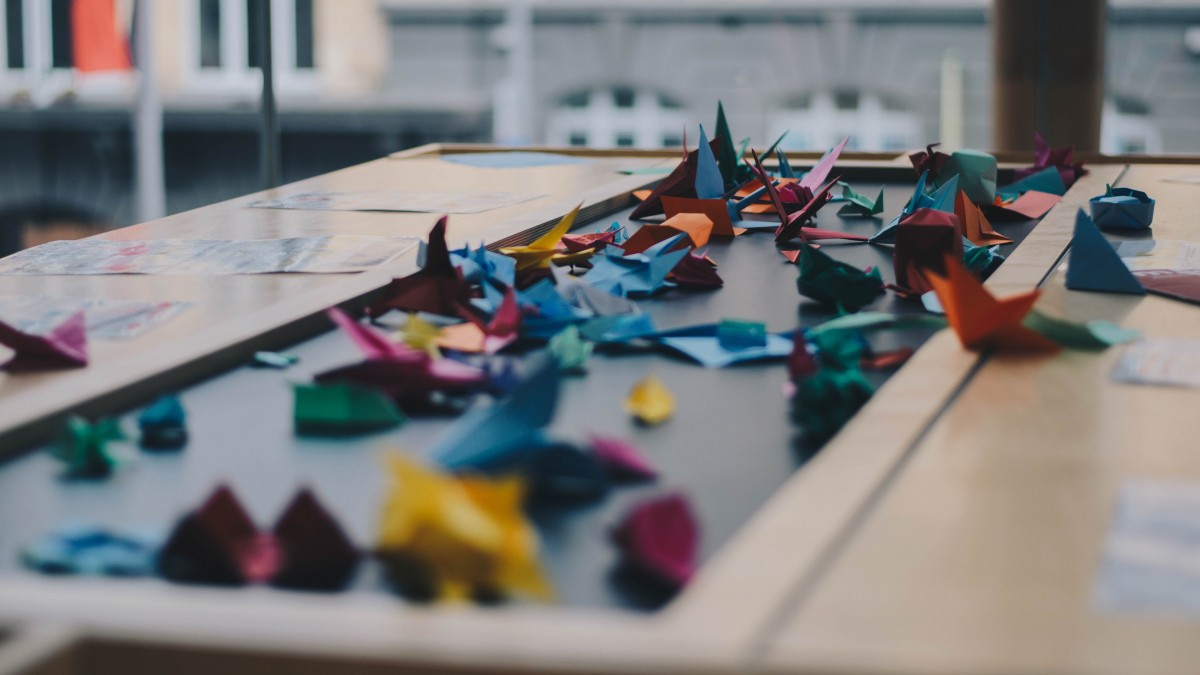 You see, big deals maybe aren’t big deals, but in the moment they need to be recognized. That’s how we show up for our friends. We hug them, we acknowledge their feelings and then, then we help.

Your friends big deals matter. Yours matter too.

The best thing you and I can do for each other is to show up for the big deals. To love each other in the midst. Yeah, maybe your friend with a first child seems to be stressing out about everything but THAT IS OKAY. Because, for her, it’s a big deal right now. It doesn’t matter what you’ve learned in the time as your kids were older, what matters is that for that mom, in that second it’s a big deal.

So show up for each other.

Be the friend that loves in the midst.

My friend did that for my silly business card big deal. He told me to call the clinic and explain the situation. And then when I got the email he emailed it to me. And he let me tears fall without wishing them immediately away.

You see, the power is when we let each other be human, have our big deals and then stick with our friends with our big deals. When we love each other in the midst and show up and make the casseroles and pick up the kids and let the tears fall we are the village. When we let the tears fall over times where we feel like we’re failing when the kids can’t tie their shoes or they didn’t make the soccer team or they’re struggling in school or the laundry is overwhelming.

Big deals get big from overwhelm, often. And as the community it’s our job to not question the heart, the feeling, but to help with the overwhelm. Not judge the big deal.

We are breaking down the barriers of perfectionism and loving each other for their real.

And so do big deals.

I really love this. I love “real”. You just gave me permission to cry over many “big deals” I am soldiering through. Also, I am more equipped to be the friend who isn’t judgy or full of cliche come backs.

I just wanted to say thank you. Your two recent posts really struck a chord with me. My girlfriends & I were just discussing the need to find more joy in everyday life. I typed in Finding Joy and discovered your blog. Looking forward to more of your posts. Thank you!