Latest Trends
dear sweet mom who feels like she is...
just do the dishes. please. the kids will...
to my kids – the raw truth of...
a mom that shows up
to the mom who lost her heart
i forgot how to be the happy mom
what single moms need friends to know during...
2020 Mindset Goals
to the mom who keeps going
the lesson of the fallen Christmas tree
Home Celiac Disease what I learned – steps to getting Celiac Disease diagnosis
Celiac Diseasegluten freeparenting

what I learned – steps to getting Celiac Disease diagnosis 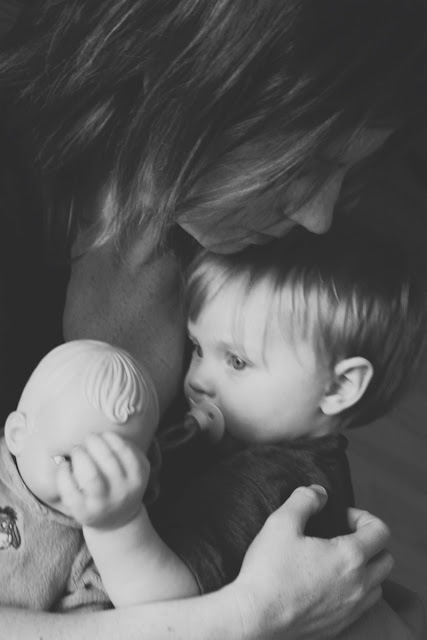 I was planning on writing more about it next week. But, I can’t wait.

It’s amazing to me how many emails, comments, calls, and messages I have received from parents either stating that they’ve had a similar experience as I did with Samuel or asking for advice regarding their child and doctors. It honestly breaks my heart — too much waiting, dismissing, ignoring, not-knowing, and more by the medical community.  These are children. And we, their parents, are their voices.

The initial screen for Celiac Disease is a simple lab draw.  That’s it.

And I had to wait weeks, and weeks and weeks to have it done. In fact, it wasn’t done until I became that mom in the emergency room who wouldn’t leave.  That should not happen.

I’ve had several people asking for advice on how to deal with doctors. What to say, what to bring, and more.

Here’s what I did, and what I would recommend.

1. Keep a record.  Date illnesses, chart fevers, note anything. If your child gets a fever in the evening at 7pm — write that down.  Keep it written down.  When I walked into the Children’s Hospital Emergency Room I carried with me two pages of 10pt Times New Roman typed symptoms. I had charted Samuel’s fevers from the first one last April until January when enough was enough.  Those two pages were a life saver. One, they helped prove the validity of Samuel’s symptoms. Two, they helped me remember — I wouldn’t have remembered that he had a fever on August 23 that was 103.7 unless it was written down. Three, they help the doctor. The infectious disease/immunology doctor read over those pages before our visit. And finally, it creates more history, more progression of symptoms.

2. Write down your questions and concerns.I had written down on those two pages specific concerns. Again, it is incredibly easy to forget when you are in the midst of a challenging situation.  And do NOT be afraid to ask. If I had not mentioned Celiac Disease I do not believe the panel would have been drawn.

3. Be bold. Several times I had to tell the doctors things I wanted. Many times, after I stated my concern, they would agree with me that it would be a good option. For instance, the first time we were admitted I asked the GI Doctor if he could verify by simple external touch that Samuel’s internal organs/intestines were all in the correct position. He told me no. And then, immediately, because of that question, decided that we should do an abdominal ultrasound. Ask, ask, ask.

4. Read and research. But not too much.  I read about Celiac Disease, diabetes, and other possibilities prior to going to the emergency room. But do not rely on most message boards (unless you’re talking about celiac.com which is amazing.) No advice on the internet replaces medical advice — but it does help give knowledge.

5. Get your labs.I carry a blue folder {like the ones we had in grade school} labeled Samuel with a spiderman sticker on it. In that folder are ALL of his labs. Every single one. There’s also doctor information, phone numbers, and information on Celiac Disease. When Samuel spiked the 105 fever one week after he was in the hospital when I got sent to the emergency room {not at the Children’s Hospital} I came in carrying that blue folder. The doctor studied those labs. It avoided unnecessary labs. It created history {like number one}. And it moved me quickly from the waiting room back to an actual bed.  And I found out that Samuel’s history was too complicated for the local hospital and that if he’s sick like that again I’m to go right to Children’s. Ask, ask, ask — ask for a copy of those labs.

6. Get another opinion. {this goes along with be bold} If you followed my blog prior to Samuel’s hospitalizations you would remember me asking about rast tests, food allergies, bowel problems, fevers and more. Why? I was stuck in a pediatric system where I’d go in every couple of days and they would give me pat answers. It was taking too long. They weren’t listening. They weren’t seeing the big picture. It wasn’t until my sweet friend’s {Amy}, father-in-law {who is a pediatrician} heard about Samuel that I moved. As soon as he heard the history and list of symptoms he knew something was wrong. I talked with a new pediatrician down here and she too immediately knew that Samuel was very sick. They were the ones who pushed me to go to the Emergency Room. I really believe they saved Samuel.

7. Pray. Actually this should be number one. I cannot tell you how much I prayed and friends prayed and you prayed for Samuel. In the emergency room I looked over to see Amy {my dear friend} praying as I was trying to get through to the initial doctor. Pray without ceasing.

8. Take someone with you.  Seriously. It helped tremendously to have Amy sitting in the room with me. She was praying, she was reaffirming, she was fighting. I needed that support. She kept encouraging me, validating that I needed to stay, and would offer words to the medical staff when my weary heart {and brain} could think of none.

8b. And for parents with kids with GI type problems here are some things I learned. Doctors will quickly diagnosis a problem as constipation, prescribe Miralax and try to move forward. Yes, kids can be constipated. If you have tried many things and this is still an issue — it might very well be a food allergy, intolerance, or even something as severe as Celiac Disease. Also, an abdominal x-ray will almost always show that the abdomen is full of stool {sorry tmi}. I found this out when I asked if it would ever look empty. And I found out no. So do not allow a simple x-ray to determine the outcome.  If your child has gi problems include that in your notes. Write down what they eat, what the stool is like, if there is a rash, etc… I had that written down. And those words helped.  Samuel was in too much pain for a simple pat answer.

9.Finally, trust your intuition.  I knew that Samuel was sick.  I could tell looking at him, I saw his energy fading away, I saw the pain. Trusting my intuition meant that I needed to stick myself out there. And that meant walking into an emergency room where one of the first sentences out of the emergency room doctor was, “why are you even here? Why aren’t you at your pediatrician’s office?” {and that would have been my previous pediatricians office where I had been blown off for weeks prior including just 30 hours prior to admittance when they told me he just had another virus which was a result of him being in a big family.} God has given us mothers {and fathers} a gift — we know our children. I knew that something was wrong. It just took convincing the medical community to believe me and help save Samuel. 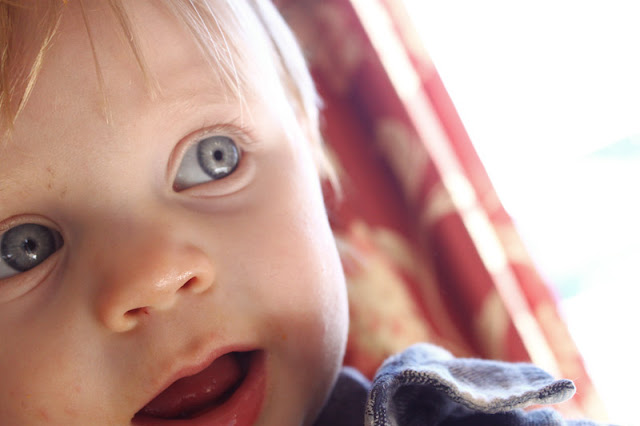 I pray that his story, his fight, will help another mother or father save their child. And that it brings awareness to doctors. That is my new mission — to get in front of doctors and tell and share Samuel’s story. Celiac Disease needs to be in their minds. We need to be aware.

I’m sorry for the delays that you were put through with your son . That must have been SOOO hard!!! It’s great that you are sharing what you have learned to help others.

Dear Rachael,
Just found your blog and …..Wow, what a story. I agree with you on being an advocate for our children.
I have a daughter and son who both have some sensory issues and my daughter has epilepsy and mild intellectual disorder.
I know I have to be on the ball ALL the time with medical professionals to ensure they treat her as an individual and not just a number.
I pray you continue to be strong for your son and that you are blessed in your journey with him.
God Bless
Gae

I pray that I have what it takes if I’m every faced with a situation like this, but I really hope I never am. Gah… I just can’t even imagine. You have so much Jesus in you.

these are such tangible ways to advocate. thank you so much for being a willing vessel – i know you will help soooo many! i’m so thankful Samuel finally received the help he needed! thank you Lord!!!

btw, all hunter’s lab work came back normal today (including auto-immune) so, i’m going to rest easy for now. thank you for your sweet words and willingness to help.

hugs to you friend!

So much good advise for moms who have sick children. Thank you!

Praying right now.
Psalms 9:9-10 The LORD also will be a refuge for the oppressed, a refuge in times of trouble. And they that know thy name will put their trust in thee: for thou, LORD, hast not forsaken them that seek thee.
Prayer Bears
My email address

Rachel,
This post is so good, so much good help and suggestions for parents.

I esp liked the “take someone with you” and “be bold.” Both of those worked for Cheryl and me, and for our daughter.

One doc wanted to take out her gall bladder. I wasn’t convinced that was the problem. He had surgery scheduled the next morning. I called another doctor in (who also practiced nutrition). He came to her room about 10 pm, pressed her gall bladder and said, “That’s not it. From the symptoms, I would guess it is a gluten problem.” He then gave us a gluten-free diet regimen and she began improving in just a couple of days. And we had to tell the surgeon, “No surgery!”

After 4 years her gall bladder is still fine!

All I can say is – wow – you were very bold and very smart in what you did. Most mothers, I’m sure, would have just agreed with what the doctors said was the problem and would never know that their child had Celiac disease. In your case, being strong-willed came in handy. ^_^

I am continuing to pray for you all, and most of all, Sammy.