Latest Trends
dear sweet mom who feels like she is...
just do the dishes. please. the kids will...
to my kids – the raw truth of...
a mom that shows up
to the mom who lost her heart
i forgot how to be the happy mom
what single moms need friends to know during...
to the mom who keeps going
2020 Mindset Goals
the lesson of the fallen Christmas tree
Home Life take them with you. seriously. it’s worth it.
Life

take them with you. seriously. it’s worth it.

I have a tradition that I’ve started with my kids. Every Saturday morning is grocery day — first to Costco, then Trader Joes (added since Samuel was diagnosed with Celiac Disease), and then Target. Actually, let me back-track, first we head to ballet to drop off those older girls. And then, on with the errands.

It’s easier and faster to go by myself.
It’s quieter.
It’s relaxing — really.

But I don’t go alone.
Nope.

I take one of my fabulous kids with me. We kind of rotate through them and one gets to hang out with me at the store.  And, despite the extra work it is so worth it.

This week I took Elijah, my three year old with — and here is what he said.

1} We’re going on a grand adventure!  Those are Elijah’s words to me as we drove at 70mph down the freeway to Costco. His little face, eager and excited about the adventure he was about to embark on.  How I was reminded that to him, my three year old, life is an adventure — and I shouldn’t forget that for myself. 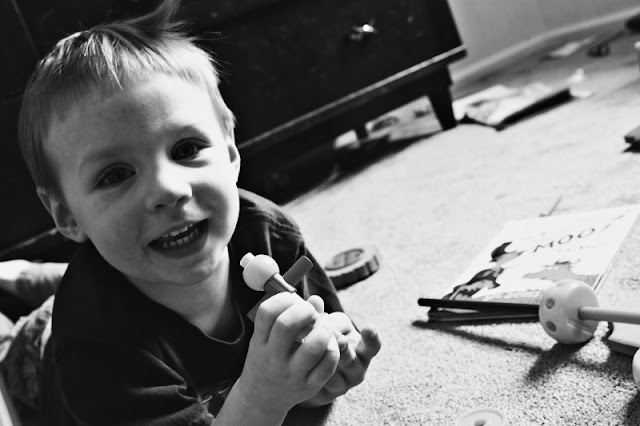 2} This is terrible.  These were Elijah’s words as he stepped outside the car into the absolutely freezing wind-whipped Saturday.  And he was right.  It was so cold — way too cold for mid-March.  Somehow hearing him express disgust over that sub-zero windchill made it a little bit better. 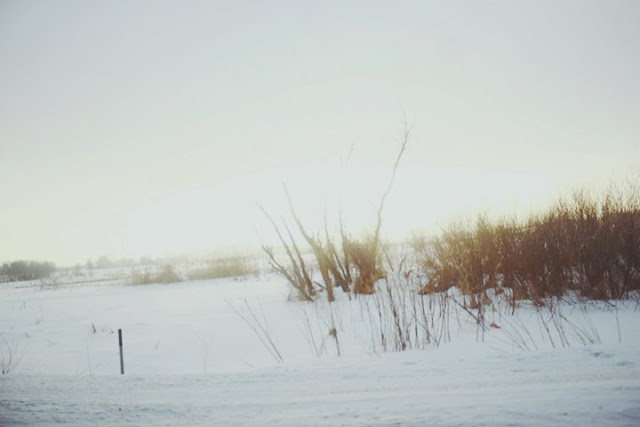 4} Sisters will be so happy.  As soon as the blueberries hit the cart Elijah told me that now sisters would be happy because he got blueberries. That $7.99 pricetag just vanished.

5} How ’bout I push the cart for you? And by that I mean the little cart at Trader Joes. And that’s just what Elijah did. We were slow. Very, very, very slow. But, Elijah learned to steer, to say, “‘scuse me,” to back up, and to unload his cart. And he was so happy.  Could I have just made him walk by me? Yep. But, not today, not on his day. So we took a bit longer. And that’s okay. 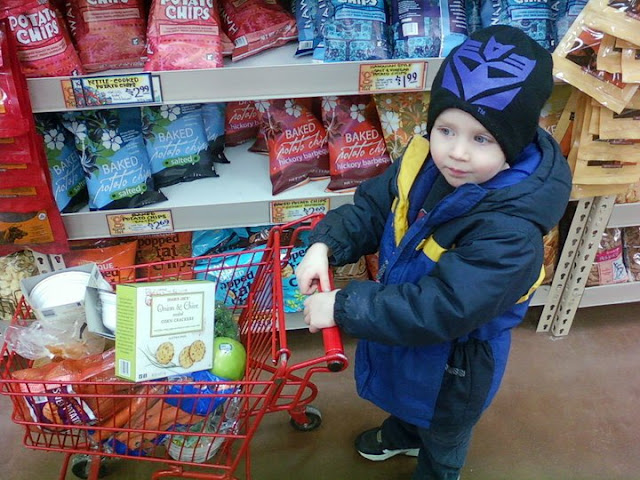 6} Don’t forget Sammy’s suckers!!!  And those would be the $2.99 gluten free suckers at Trader Joes. Which, by the way are all gone now. Completely. All 29 suckers. And I think that Elijah ate 21 of them — while I was on the ballet run to pick up Hannah and Chloe.  As dad did some work Elijah sat, oh so quietly, in the kitchen, carefully peeling plastic wrap off of those suckers and chewing them down.  Oh well. They were natural.  🙂 At least Samuel got one — I hope.

Now, today, two days later Elijah still talks about his adventure.  The trip that took at least 45 minutes longer, but those 45 minutes were full of wonder, and joy, and laughter, and adventure.  It’s worth it, my friends.  Those little ones that we are blessed with can teach us so much.  If only we are willing to listen, to give time, and to remember that they are only young once.  Time is fleeting.  Grab onto it — and let them push that cart!

Have a blessed Monday!

How sweet! What we Mama’s do to make our kiddos happy!!
: ) Kris

So true! I love reading about your family.

What a great way to spend some extra one on one time with each of your kids! I know for one we go as a family but when I go alone it is much quicker and it really is kinda relaxing. However, maybe next time I’ll choose one of the girl’s to go with instead. 🙂

This made my heart smile so much!!

In my life, grocery shopping alone is a gift. Perhaps someday when I actually get the option of shopping alone, I’ll appreciate having an extra little helper along! I’m not there yet!!! 🙂

I absolutely adore #5…such a sweet and genuine heart. It’s the little things that make a big impact.

First time seeing your blog (stopped over from Misc Monday blog link) and love it. What a great post! Thanks for the reminder of how important it is to let the little ones join in even though it may take a bit more time. It’s so easy to get caught up in “the schedule”.

What a sweet little boy!

This is one of the sweetest posts!!! The sucker story is so cute, my kids could totally get away with that… You’re right, at least they’re natural. : ) And Eli pushing the cart – absolutely precious. It makes me all the more excited about getting a Trader Joes in June. Yippee! Thank you for reminding me to savor the little moments of life. xoxo!

this is wonderful, very refreshing!

I love this post! I love the innocence of children and the adventure that is “everday life” to use. I really should post more through my children’s eyes. Thanks for the reminder.

Upon your suggestion, I took FOUR of them with me today! My two and my neice and nephew. We did haircuts, ice cream at Chick fil a and then the playground. They had a wonderful time!!! 🙂

I love how the little things make kids so happy! Adorable!!

Through the eyes of a child……wow, so precious! You have such a way with words and it’s always delightful to stop by and read your entries. I, too, am glad our paths have crossed through blogging. Hugs!

I’m loving your blog, Rachel! SO much, I’m your newest follower! 🙂

This is the cutest post ever. I like your first point … how we need to be reminded that life is an adventure– even the mundane aspects of life. Kids teach us the most simple but amazing lessons in life, huh?

Your Elijah is so handsome. For sure a future heartbreaker.

Also, this post made me a little jealous as we don’t have a Trader Joe’s! Almondina … I miss you 🙁

The first time was perfect crispy. I loved it. Next time I will do it in a pan with sides. I tried to make sides with the foil and that’s what caused the grease to start the fire in the oven.

Stick the bacon on foil and stick it in a cold oven. Then turn the oven to 400 degrees. I didn’t even turn the bacon. It takes about 20 or more minutes. Keep the baking soda handy! HA!

Only you could make running errands sound like so much fun. And this brings back memories. I used to do that, too. take one of the kids with me…
Stopping by to let you know I’m still here praying!
Psalms 61:1-4 Hear my cry, O God; attend unto my prayer. From the end of the earth will I cry unto thee, when my heart is overwhelmed: lead me to the rock that is higher than I. For thou hast been a shelter for me, and a strong tower from the enemy. I will abide in thy tabernacle for ever: I will trust in the covert of thy wings. Selah.
Prayer Bears
My email address

Such a sweet post! Thanks for sharing this…it means a lot to me, since my 1st child is only 5 weeks old today.

Oh my goodness, what a cutie pie! Shopping looks like fun with your little guy;)