Latest Trends
dear sweet mom who feels like she is...
just do the dishes. please. the kids will...
to my kids – the raw truth of...
a mom that shows up
to the mom who lost her heart
i forgot how to be the happy mom
what single moms need friends to know during...
to the mom who keeps going
2020 Mindset Goals
the lesson of the fallen Christmas tree
Home parenting Expand the Happiness Ripple. Together.
parenting

Expand the Happiness Ripple. Together.

Two weeks ago I wrote an article title Cancer of Not, When Did Making Fun of Each Other Become Okay? In it I wrote about the cool (and awesome and inspiring and motivating and insert any other totally empowering adjective) tutu runners Monika and Tara. I wrote about how Self Magazine made fun of them and then kind of apologized to Monika stating they didn’t know she had cancer and never would have ran the article if they had known. 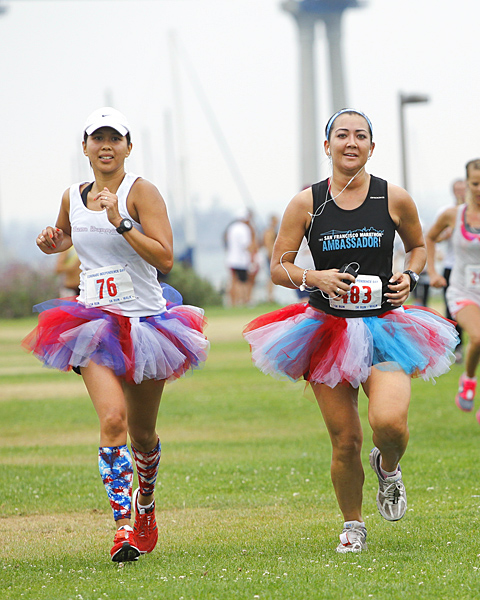 That inspired the title.

Cancer shouldn’t be an excuse for poor behavior.

We simply shouldn’t make fun of each other to make money.

As the weeks have passed, I’ve been blessed to get to know Monika and Tara more. Tara has shared with me how she’s trained, cried, ran, given, and kept going. Running. And yet, she really was lost in the whole fiasco. Where was her apology? Why weren’t we looking at them as two women who were empowered to look at the challenges of life and instead of dwelling in the difficulties were running together? Why didn’t we celebrate the power of working together and supporting each other?

Why was it the tearing down?

Why is cutthroat more profitable than sincerity?

This isn’t the first time Self’s editor, Danziger, has had to address a Self folly. In 2009 the mag landed in hot water after running a Photoshopped image of Kelly Clarkson on its cover. After getting flack for the digitally-slimmed Clarkson, Danziger wrote a post on Self.com admitting to Photoshopping, but stood by its decision. “Yes. Of course we do retouching,” she wrote. “Did we alter her appearance? Only to make her look her personal best.”

That is what is tearing us down, making us self-conscious. . . poisoning the team. Yes, team.  Tearing each other down fragments us as a culture, a team of women. 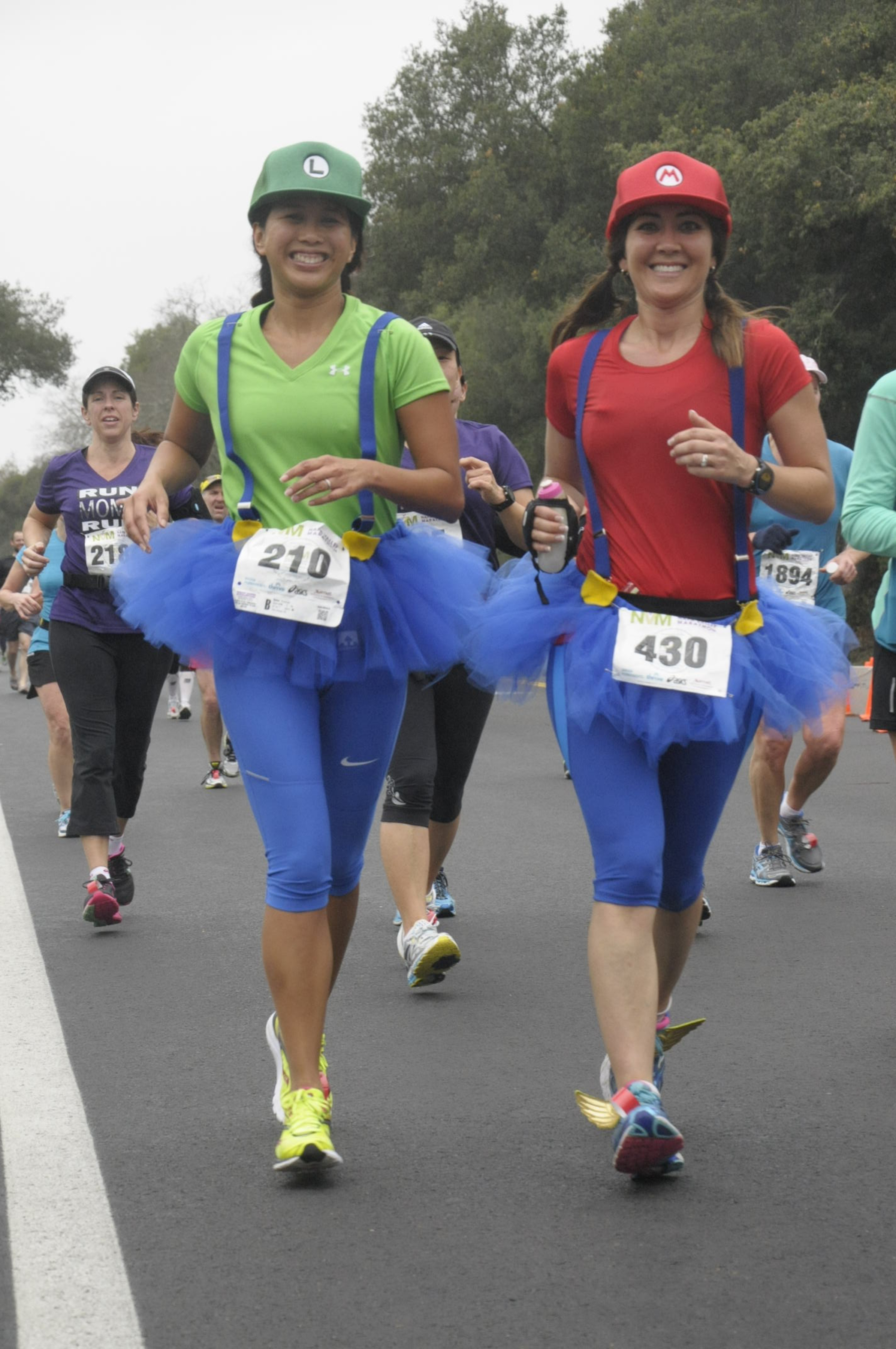 When Tara wrote me to talk about her experience as the “other tutu” girl, the first thing she mentioned was being excited that her photo was going to be in Self Magazine and then feeling duped and dejected when it was in the BullShit Column. Can you imagine that? She sent in one of their most empowering pictures, that moment of victory, that feeling of success to a magazine. Then, the magazine came, and it was the exact opposite.

It’s the dagger in the back moment.

The fact that Self Magazine removed its editor is something our society does as a band-aid. Someone had to be responsible so they got rid of an editor. But the editor wasn’t the problem. The culture of the magazine, the culture of beauty. . . that’s part of the issue.

We don’t hold ourselves accountable for any of this. Why are we buying magazines that touch up photos in that way? That feeling we had when we supported the tutu girls. . . why does it fade so quickly? 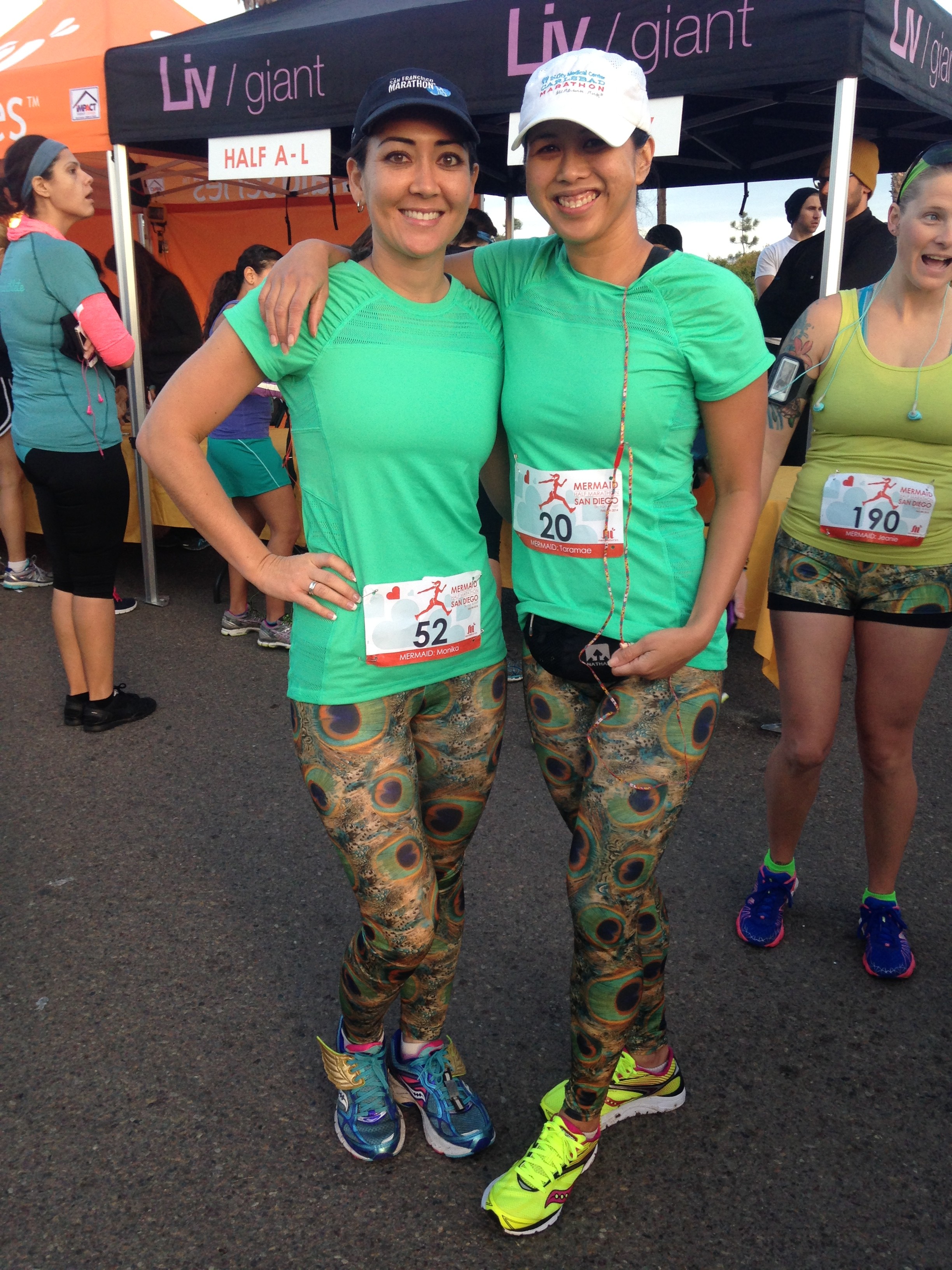 You know what Self Magazine did right? They are getting rid of the BS column altogether. . . (of course not till after the next issue. . . can’t do something powerful at the expense of profits.) But they are doing it.

I’d like to see all women’s magazines take one more step.

Pledge to change the culture.

Pledge to build up.

Pledge to see the good.

[Tweet “Can we pledge to be empowering first? #self”]

I ask you to take a stand for the tutu girls today. Go to your Facebook. Go to your Email. Go to your phone. Find someone you know who’s been hurt and slighted and tell them you understand. If you hurt them apologize. Share happiness first. Empower each other. Be kind. Be good to others.

And you know what? Stop supporting companies that don’t make us better. And. . .

This article was coauthored by Dan R Morris. Dan is my business partner and friend, founder of Blogging Concentrated, speaker, business coach, and writes LettersfromDan.com.

To read Tara’s response please go to It Could Be Worse.

All images are courtesy of Monika Allen and Tara Baeze.

It’s amazing to see how something that was meant to hurt and demean has turned around into something amazing. So many more people were made aware of this than ever would have seen it before! And things did change. Bandaid change for now, but still change!
Christ went through all this for us, that we might have hope! Praying!
Isaiah 53:7-10: He was oppressed, and he was afflicted, yet he opened not his mouth: he is brought as a lamb to the slaughter, and as a sheep before her shearers is dumb, so he openeth not his mouth. He was taken from prison and from judgment: and who shall declare his generation? for he was cut off out of the land of the living: for the transgression of my people was he stricken. And he made his grave with the wicked, and with the rich in his death; because he had done no violence, neither was any deceit in his mouth. Yet it pleased the LORD to bruise him; he hath put him to grief: when thou shalt make his soul an offering for sin, he shall see his seed, he shall prolong his days, and the pleasure of the LORD shall prosper in his hand.

Christ suffered in our place that we might have the hope of Heaven! Always praying!
Isaiah 53:11-12 He shall see of the travail of his soul, and shall be satisfied: by his knowledge shall my righteous servant justify many; for he shall bear their iniquities. Therefore will I divide him a portion with the great, and he shall divide the spoil with the strong; because he hath poured out his soul unto death: and he was numbered with the transgressors; and he bare the sin of many, and made intercession for the transgressors.

Life can be hard at times, but the victory is ours through Christ because of His death and resurrection.! Put your trust in Him! Praying!
1 Corinthians 15:54-57 So when this corruptible shall have put on incorruption, and this mortal shall have put on immortality, then shall be brought to pass the saying that is written, Death is swallowed up in victory. O death, where is thy sting? O grave, where is thy victory? The sting of death is sin; and the strength of sin is the law. But thanks be to God, which giveth us the victory through our Lord Jesus Christ.

Rachel,
Just tonight Doug and I had a talk and I was saying what I want is more joy in life, giving joy and being around joyful people. I also read somewhere today, “take a bite out of an apple, not someone’s self-esteem.” Your article resounds clearly these themes. Let’s participate in the joy of someone’s life, not in taking them down. Light truly does outshine darkness and you’re helping. xoxo

Thank you, Angela. I love the phrase, “let’s participate in the joy of someone’s life, not in taking them down.”

Jesus, our Redeemer lives! Praying that you have a blessed Easter, knowing that because He lives, we can live also!
Job 19:25-27 For I know that my redeemer liveth, and that he shall stand at the latter day upon the earth: And though after my skin worms destroy this body, yet in my flesh shall I see God: Whom I shall see for myself, and mine eyes shall behold, and not another; though my reins be consumed within me.

Know that I’m here praying!
Revelation 21:1-4 And I saw a new heaven and a new earth: for the first heaven and the first earth were passed away; and there was no more sea. And I John saw the holy city, new Jerusalem, coming down from God out of heaven, prepared as a bride adorned for her husband. And I heard a great voice out of heaven saying, Behold, the tabernacle of God is with men, and he will dwell with them, and they shall be his people, and God himself shall be with them, and be their God. And God shall wipe away all tears from their eyes; and there shall be no more death, neither sorrow, nor crying, neither shall there be any more pain: for the former things are passed away.

Our Savior is saying these words. Always praying so very hard!
Revelation 21:5-7 And he that sat upon the throne said, Behold, I make all things new. And he said unto me, Write: for these words are true and faithful. And he said unto me, It is done. I am Alpha and Omega, the beginning and the end. I will give unto him that is athirst of the fountain of the water of life freely. He that overcometh shall inherit all things; and I will be his God, and he shall be my son.