Latest Trends
dear sweet mom who feels like she is...
just do the dishes. please. the kids will...
to my kids – the raw truth of...
a mom that shows up
to the mom who lost her heart
i forgot how to be the happy mom
what single moms need friends to know during...
to the mom who keeps going
2020 Mindset Goals
the lesson of the fallen Christmas tree
Home motherhood the little things that make a mom
motherhoodonward brave mother

the little things that make a mom 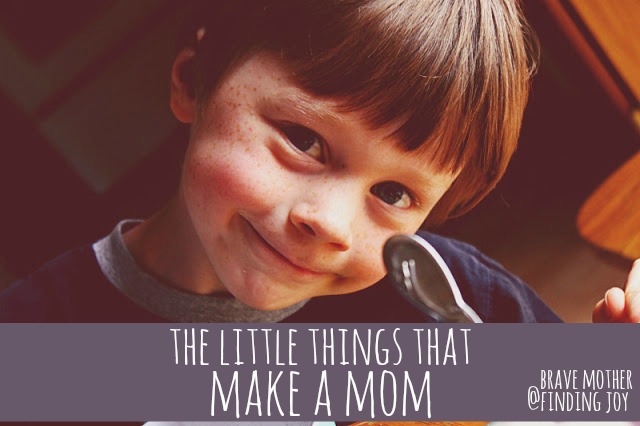 A glimpse at the brave, and very real, mother.

She understands that staying up late holding her toddler doesn’t mean that she’ll get to sleep in late and yet she does it anyways.

She knows that despite being very busy that those children racing around the store, jumping down the stairs, throwing all the clothes out of the drawer that were just folded while they look for the one shirt that they love,  are truly blessings.

She’s a fighter for her children – an advocate, a dreamer for them, and is not afraid to make sure that they are safe. She’ll stop traffic for them, will scan a crowd for them, and will not be afraid to keep the rules in place for them.

She wipes up spill after spill and wipes face after face and wipes away the tears and still manages to kiss them all goodnight and whisper words of love. She’ll walk into their room at night and watch them sleep while wondering why in the world they were so trying during the day when they look like an angel while they sleep.

She can grocery shop in stealth mode with a toddler in the gigantic cart with the blue police truck in front, a baby in her sling, and a preschooler finding all sorts of favorite new things to try. 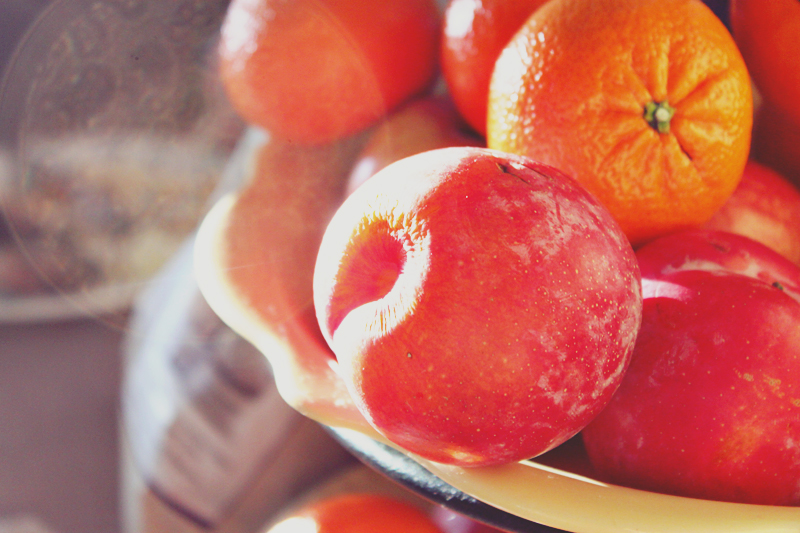 She is able to read the same book over and over and over again as well as provide entertaining voices for each of the characters. And she artfully knows the skill of skipping some long paragraphs for those nights when bedtime needs to arrive just a bit earlier.

She understands that phrases like I hate you and you’re a horrible mom and this dinner is awful don’t define her. She works hard to brush them off and to keep loving and fighting for those ones who are pushing her buttons.

She makes mistakes. She owns her mistakes. And then she brushes off the mistakes and tries again.

She laughs. She laughs at the simplest things – the preschooler and their funny sayings. Sometimes she remembers to write them down. And sometimes she is thankful for facebook because she shared them there and thus wrote them down at least somewhere.

She tries to say yes more to her kids – even if it’s just playing trains, running in the backyard, or reading one more book at bedtime. And yes to herself – often that yes is really a no to more things to do and yes to her family or for time off. 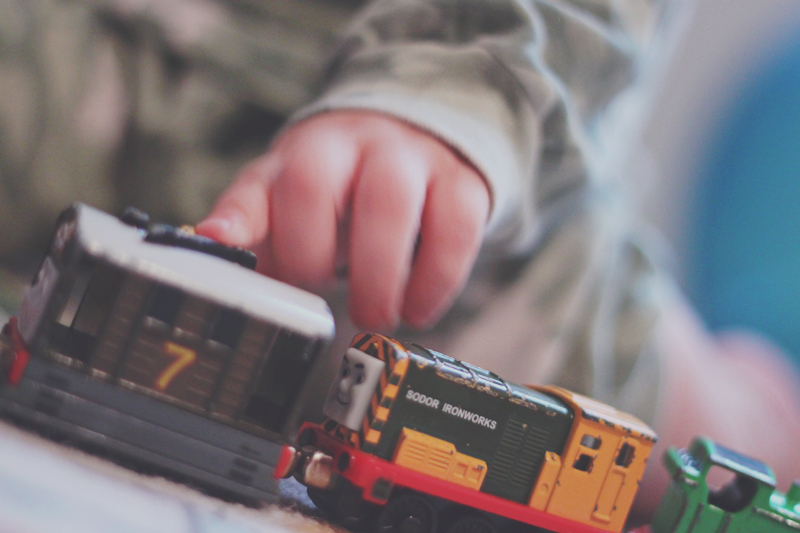 She works hard. Sometimes she works out of the home or in the home or a combination of both. But, no matter what, the brave mother works. And often she doesn’t get much credit for that work, but she keeps on doing it.

She has mastered the yoga pants look and pony tail in the hair. She also knows that if she runs to the store really quick with the hopes that she doesn’t run into anyone that she almost certainly will run into someone.

She understands that fears of failure, not measuring up, overwhelm, and all of that are normal. They don’t define her. In fact, she’s learning that those things that she worries about are the very things that make her stronger.

She has sometimes learned the art of the whisper. When they get loud – she whispers. And if she forgot this one now she’ll remember.

She can store a month’s worth of dates and appointments in a calendar in her head. Most of the time. For the other times she’s thankful for her phone.

She understands that time keeps moving and tries really hard to embrace the days that she is given. And sometimes, on those days that are just plain hard, she’s truly grateful that time does keep moving. 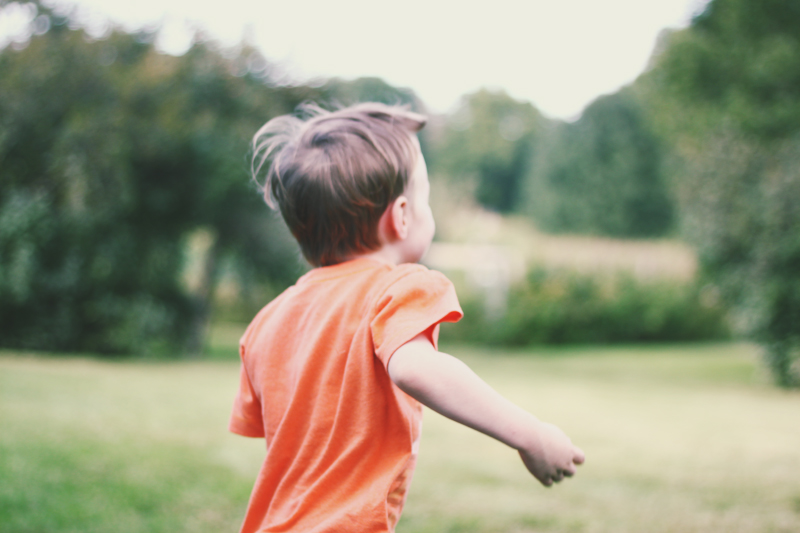 She knows when to put down her phone and shut the computer screen but she’s not afraid to use them or to give herself a break or to pull out her camera to take a picture.

She can remove toys from their packaging in record time and can assemble toys just as fast. And she knows where batteries might possibly be for those needed toys or which toys to take them out of so that the new toy can have them.

She tapes artwork on the fridge, wipes handprints off the wall, sweeps dirt from the floor, rescues baseball gloves from the grass, puts books back on the shelf, cheers from the sidelines, gives up her coat, and pours hundreds of glasses of water all the while remembering that it is just a season, a window of time, in life.

She may be weary and deep down sometimes needs sweet reminders of worth. Like you matter. You’re amazing. You make a difference. You can do this. You are mom – a hero. Stuff like that.

She is a mom. A brave, empowered, go-getter, fighter, beautiful, trying to remember the little things, stepping out in faith, tucking them into bed at night and being grateful, mom.

It’s the little ordinary it’s just a mom things that make a mom.

I needed this today. Thank you.

I love your blog! I look forward to reading it each day. You really help me as a Mom so much. Thank you!

Bless you Adelina today – hoping for a sweet day with moments of joy.

Thank you so much, Heather!

I love your blog! As a stay at home mom of 3 little boys (4, 2, and 3 weeks!), and the wife of a husband who tends to work a crazy schedule (alot) your post always bring me encouragment, and help me remember what is truly important! So thank you for the sweet reminders! 🙂

Thank you Tori! And congrats on the new one – savor those moments the best you can. 🙂

This might be my favorite letters. Especially the yoga pants/ponytail and saying yes to me might mean just saying no to someone else. To read these things you write reminds me I’m not the only one doing these things. And I need a lot of reminding.

Thank you. I could say a million things, but it all comes down to the fact that the Lord let me find your Dear Mom letters when I needed them desperately, and now I come back to your blog often for the reminder that this work is hard and beautiful at the same time.

Thank you for the time you take to impact the world.

I loved this. Loved it! I identified with so much of it. Protecting your kids, and keeping the rules in place for them really hit home. I was at a friends’ recently and didn’t want the children to play upstairs unattended. She fought me on it, but I stuck my ground, and later was proud I did. It’s so hard to do right by our kids, but also so important.

Thank you for this.

I’m a new mom, coming up on that first birthday fast! My favorite thing about being a mom is the biggest “Mom’s back!” happy face when I pick up my son from the babysitter. Heart. Melting.

Truly, there are so many little things that I love about being a Mom. Hands down it is the best blessing ever and I feel so lucky that all of my little ones can call me Momma. ~Alexis on behalf of everyone at A Moment with MOM

Your words & taking the time to write them matter. I look forward to every new post–I have thanked you before, but you have a gift. Thanks for sharing it.

I love this. It is beautifully written and very honest. Reading it was exactly what I needed today as my husband 9 of the last 13 days leaving all the little things to me. Thank you for sharing.