Latest Trends
dear sweet mom who feels like she is...
just do the dishes. please. the kids will...
to my kids – the raw truth of...
a mom that shows up
to the mom who lost her heart
i forgot how to be the happy mom
what single moms need friends to know during...
2020 Mindset Goals
to the mom who keeps going
the lesson of the fallen Christmas tree
Home Find yourself surrendering to karma
Find yourself

I really have just decided to not care.

Now, before you freak out and wonder what’s happened, hear me out.

It’s not like I’m not fighting or being brave or putting on the face of a warrior mom and woman and single parent and entrepreneur and add whatever label you want to. It’s more like I’ve stopped caring about justice and fighting for things that in the end don’t really matter and it’s just about ego and the price of ego equals a huge loss to self. And in that huge loss to self over things that I thought we as moms were supposed to fight for came this slow erosion of, you guessed it, happiness.

I’ve felt like for the last nine months the world has been destined to shut me down. Like full fledge, in your face, both hands up ready to fight take me out. And the harder things became the more I dug my heels in. Be brave, be strong, don’t give up. That was my rally cry. And the more I fought the more I became bitter.

Almost like I was expecting the world to dose out the next issue — you know how that is, right? We joke about it all the time — things come in threes or it could be worse or so forth. And yet, here I am thinking that to be the noble mom means that I had to fight fight fight for everything.

And when things messed up – or kids were kids – or people stole my graphics/words (holy moly nightmare) – or money was an issue – or I was fighting for child support – or groceries were left out to be spoiled – or back to school meant crazy lists – or relationships had communication issues – or you name it – instead of just realizing that’s life I took it on me as the world out to get me. So I’d go to bed weary and instead of waking hopeful I’d wake up with my boxing gloves on ready to fend off what I was sure to be the next thing flung at me.

I don’t know how it hit me. 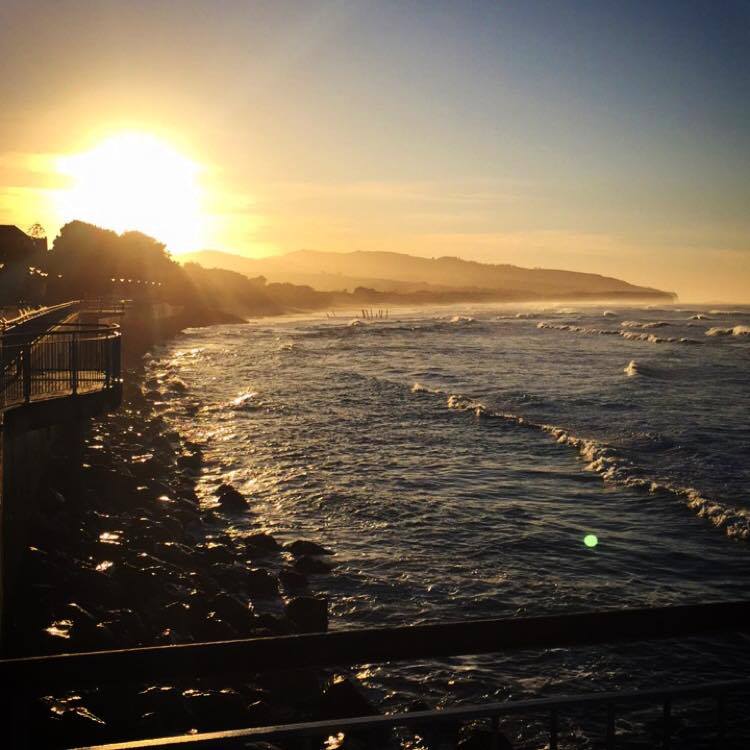 But I’m just kind of surrendering to the karma in life.

And instead of wondering why all the hard stuff is happening I’ll just expect it as part of life and be chill with it and will instead do exactly what this site is about – find joy – in a whole bunch of other stuff that got blanketed in my mind with a cloak of hard moments.

So that’s it. Nothing super profound.

You know what? Put the gloves down.

Fight the right fight with me.

The fight in seeing the good and being grateful and not being shocked when the hard stuff happens but knowing that you will get through. The fight for our hearts.

That’s what I’m telling myself tonight as I sit on my front porch.

I’m tired of fighting for the wrong thing. I’m not a victim. You’re not a victim. We only are when we expect the hard stuff to keep happening and to feel lost and misunderstood. You’re a winner. Worthy. Beautiful. Enough.

I love you guys.

Thank you for your honest words and inspiration.
I keep plugging along everyday, but as I read your words, which is my life, it insires me to find a little more happy within myself each day.

i just came across your blog, and i must say that it delivered a real awakening and very personal message that i can relate to. thanks for sharing.

I love what you write. Your writing always hits home for me. The same things have ran through my mind this week as well. God bless you. You are a blessing to me.

Wow. Just found you today. So glad I did. Just read 3 articles that really hit me in the gut and reminded me I am trying to make the right changes in my life. In fact, I’ve had the ‘stop fighting’ conversation with myself almost daily recently.
Thank you!