Latest Trends
dear sweet mom who feels like she is...
just do the dishes. please. the kids will...
to my kids – the raw truth of...
a mom that shows up
to the mom who lost her heart
i forgot how to be the happy mom
what single moms need friends to know during...
to the mom who keeps going
2020 Mindset Goals
the lesson of the fallen Christmas tree
Home motherhood see this sweet guy?
motherhood 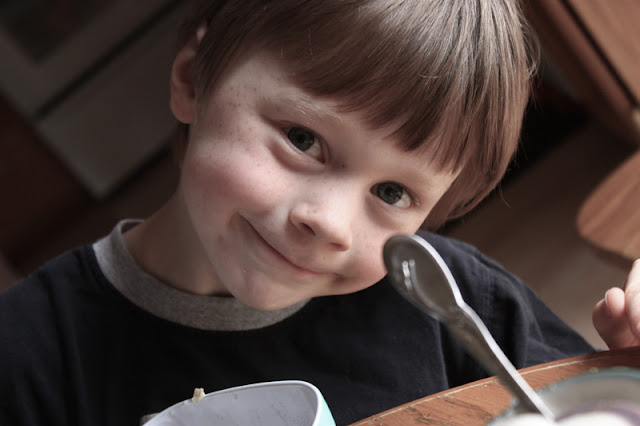 And this morning — I almost forgot to see the good, the strong, the independence.

Instead I saw what I thought was wrong.

We were in those last minutes before church. You know those minutes — crazy times — running around looking for that lone lost shoe, and rushing kids up to the bathroom {even though they’ll ask to leave during the sermon}, and quick bites to eat.  Caleb was hungry so he decided to get himself a bowl of cereal. With sugar. 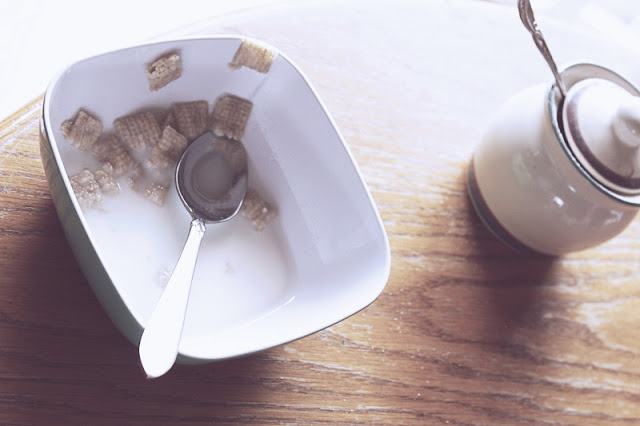 All I saw was spilled sugar.

I almost blurted out some annoyed words about the trail of sugar between the cereal bowl and the sugar bowl. But, for some reason I saw that face and had a moment of pause.

I was only seeing what I deemed a mistake, not the independence. The good. The growing up.

Why was that 1/4 teaspoon of sugar all I saw? Why did that become the important? 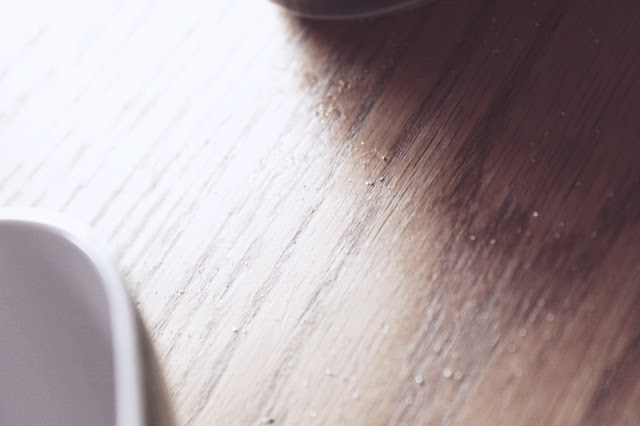 For that split second when I realized the truth my heart stung. I realized that instead of praising him I was so close to getting after him. He wasn’t being careless — he’s five — he was trying to help. Be independent. 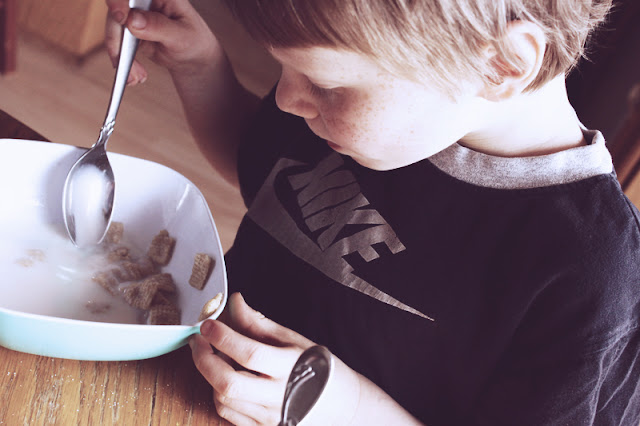 So instead I told him great job, and that he’s such a helper, and how proud of him I was.

Next thing I know, without me even asking or mentioning it, he went and got a paper towel and cleaned up the sugar {and yes, most of it’s on the floor}. He sat down, looked at me, and smiled. A proud “I did it” type of smile.

Thank goodness that we as mothers get those moments of clarity.

I just need it more often.

****
When have you had that moment of sweet clarity?
0
FacebookTwitterPinterestRedditEmail

Awww, what a big guy he is! And the fact that he “cleaned” up the sugar is so sweet…. Melt my heart kind of sweet! It’s so good to have a perspective like this – you’re good at seeing things in perspective; God has given you a gift.

You are so wise, and on a Sunday morning too.
I love that you have 7 kids. I always tell my husband we should have never stopped at six now that my youngest is almost 16, I have 4 boys and only 2 girls but
I do have 4 grandsons and 2 grand daughters. 🙂
Thank you so much for your comment today.
I love your sweet blog.
Kim
My Field of Dreams.

Good for you! I’m trying to pay more attention to this kind of thing, too.

I am so rushed most days, I am certain I focus more on the negatives than the positives with my kids. I want to learn to stop, and let life happen and see the beauty in it. Thank you again for opening my eyes. It’s right there, attainable. Am I reaching? Oh and how sweet Caleb cleaned up the sugar! A little affirmation goes a long way, doesn’t it?

Thank you for this post!! This is exactly what I find myself doing to my four year old daughter…instead of seeing it the way you did, I point out the spilled sugar. I realize only after it’s too late, though and not in time to bite my tongue like you did. I need to slow down and actually look at what she is doing more often…she’s really such a great little girl – I need to let her know that more often!

Awe… great post! Yes, there are times when we need to take a step back. Thanks for this great reminder!

what a beautiful post, I need to pause before I open my mouth far more often and stop seeing all the faults. Motherhood is certainly a boot camp of learning!!

All that from some sugar! Wow!
Continuing to pray!
Romans 15:13 Now the God of hope fill you with all joy and peace in believing, that ye may abound in hope, through the power of the Holy Ghost.
Prayer Bears
My email address

I have a Caleb who just turned 6 and I am often getting after him for similar things (it’s the GOOD mom instinct don’t fret) but then realizing like you that maybe I should be praising him. Great job Mom for catching yourself!! Sunday morning can be frustrating! It’s the devil trying to get you down before you make it to church.

I’ve always wondered why we (anyone) chooses to focus on the negative instead of the good. I’ve made my children tense more than once focusing on the spilt milk. I hope I’m MUCH better now. 🙂