Latest Trends
dear sweet mom who feels like she is...
just do the dishes. please. the kids will...
to my kids – the raw truth of...
a mom that shows up
to the mom who lost her heart
i forgot how to be the happy mom
what single moms need friends to know during...
to the mom who keeps going
2020 Mindset Goals
the lesson of the fallen Christmas tree
Home motherhood Is this What I Signed Up For?
motherhoodperspective

Is this What I Signed Up For?

I used to be terrified of vomit.

I know. How is that for an opening line? 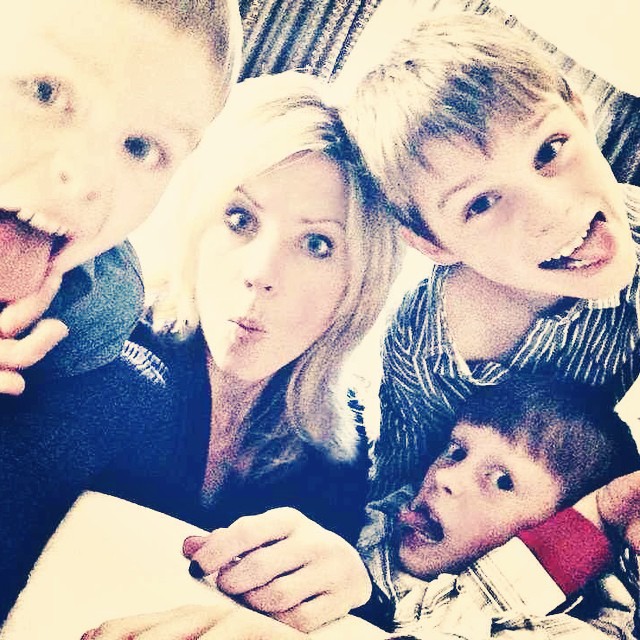 But, listen, it’s true. I couldn’t step within five feet of it without getting panicky. I’d freak out and feel sick and not be able to even be in the room. Stomach flu season would come and with it would be me living on the edge constantly hoping against hope my kids would be the immune ones. I’d stock up on activated charcoal and avoid public places and never ever let them sit in that blue police car cart.

(I’ve gotten over that. Kind of. Now my kids are big enough to just walk.)

I would own every type of hand sanitizer and would give the vitamins and know what essential oils to use. Let me just say – I absolutely hate with everything in me – vomit. I’ll take sore throats and colds for weeks versus 24 hours of that dreaded in my heart sickness in my house.

I was awake from 1:41 am until well, now, which will have been all night except for 18.4 minute chunks of exhausted, but still listening, sleep.

And I did it all.  Clean up. Laundry. Holding them. Tucking them in. And getting up again.

Like that deserves recognition or applause. I mean, seriously, it’s not like I need to get the badge of motherhood that says that I’ve mastered the art of the stomach flu. Although, hmm, maybe there should be one. Yes, there really should. 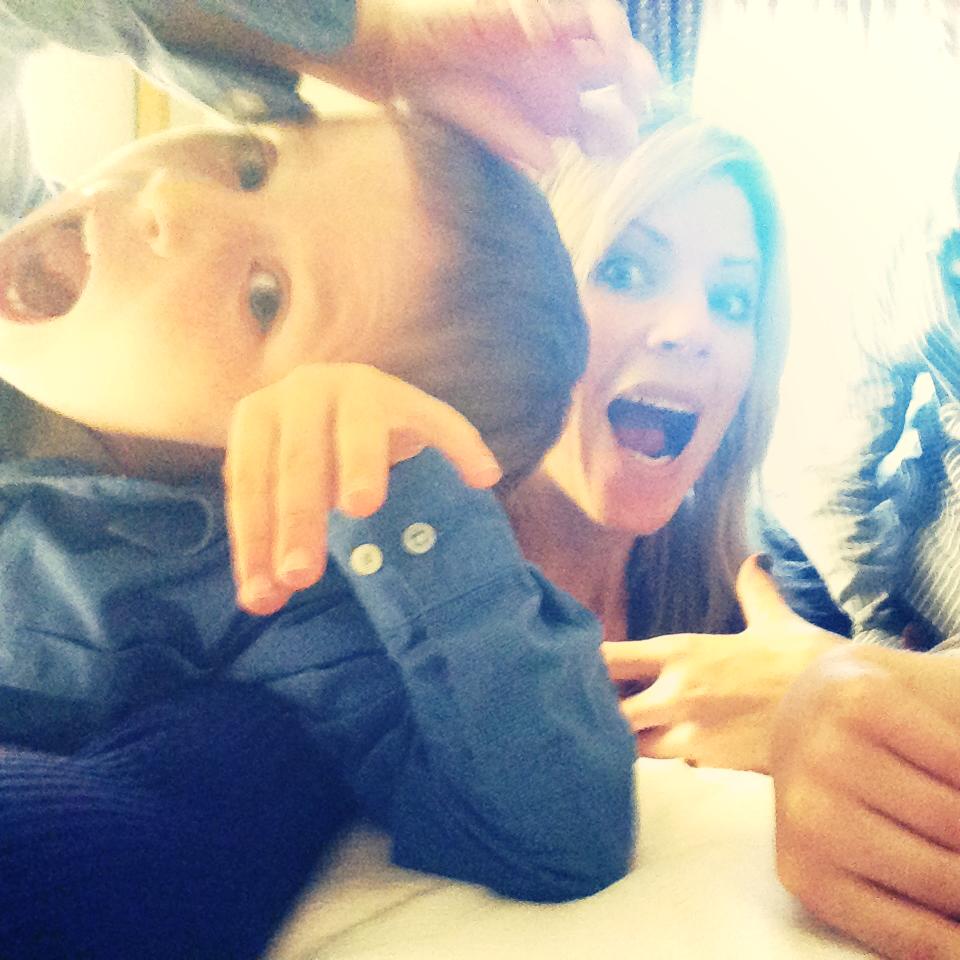 You have kids. You deal with puke. In fact, us moms cannot get through the 18 years of motherhood without dealing with the digestive system rebelling and us dealing with the fall out. (Hahah. Fall out. It’s only humorous now that they’re both sleeping and I’m not retrieving the Lysol.) Now before you get me wrong, this post is not about puke. Or vomit. Or stomach flu. Because seriously, I’ve written enough about it that it’s making me queasy.

It’s really about the strength we have as moms and how much we give.

And oftentimes, just like I wrote in to the tired mom, you are absolutely completely without a doubt exhausted.

You and I push through even when we have not an ounce of energy in our body. We fight for our kids. We love our families. We do the hard things. We stay up all night. We work jobs that are hard. We stay home. We deal with crazy kids who can make the simplest things into the biggest battle.

Sometimes it can feel like the loneliest journey, this motherhood thing.

Sometimes it can feel like we’re the only tired exhausted crazy ones.

Sometimes it can feel like everyone has it together and we’re stuck on the sidelines watching life roll by wondering why we don’t quite measure up.

Sometimes it can feel like we want to wave the white flag of surrender or at least ask for a momentary substitution so that we can catch our breath just for a moment. (By the way, there are no subs. I’ve looked.)

But, listen again, when push comes to shove we’ve all been there. We all get the art of holding that puke bucket and stopping our gag reflex and putting towels down on the bed and turning the dial on the washing machine at 3:14 am.  And then waking up to start the day that didn’t even get the moment of a start because we never got to end the one prior. 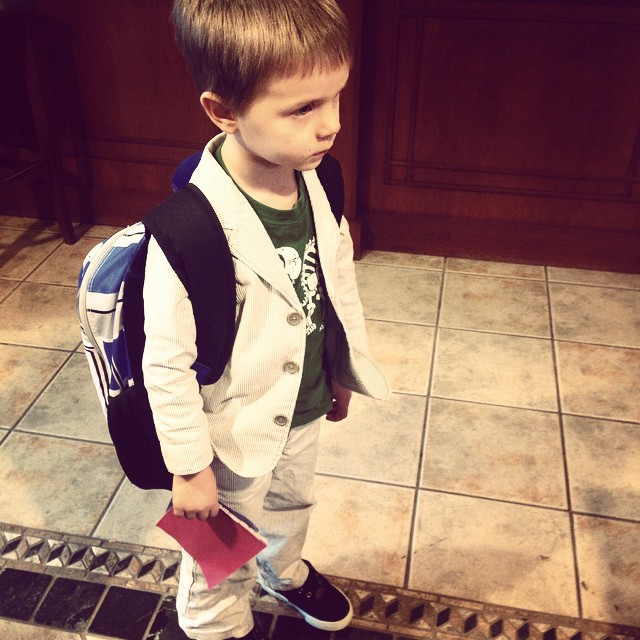 Getting kids out the door. Buttoning coats. Brushing hair. Answering emails. Washing dishes. Moving that laundry into the dryer. Buckling them up. Calling people back. Making beds. And on and on and on.

Like right now. I’m so tired I could fall asleep. But I have work to do. My five year old to play with. A pile of laundry that is rivaling to be Minnesota’s tallest peak. And two still sick boys up in their room crying mom every 45 minutes or so.

Again, this isn’t about me. Or the fact that I mastered puke.

Because I know that there are moments that you have just like me, when it’s 4:11 am, and you see yourself in the mirror and you think is that what I signed up for?

We all have this stuff on our plates that is just plain hard. Some of it’s not fair. Some of it’s just part of life. Some of it’s normal gross things like puking kids. But we’ve got these crazy plates spinning with loads of stuff on it that we have to balance and sometimes we can barely keep them up.

Some plates are going to fall.

Motherhood is not defined by keeping every single plate spinning, being exhausted, and being perfect.

Motherhood is just really, in it’s rawest form, about being there for our kids. 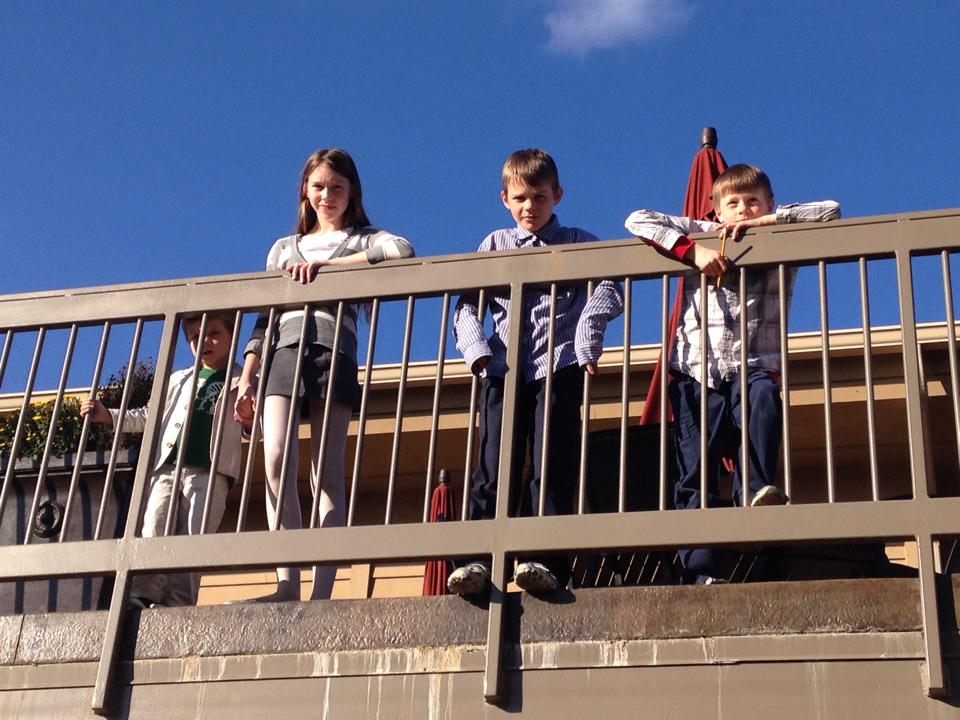 Even in our imperfection.

Motherhood is so much about learning to improvise and survive and live and so much less about having it all together. It’s not about being supermom. It’s being you, knowing that this probably doesn’t look like the picture of motherhood that you signed up for but that you’re going to simply do your best.

That’s really you. You might not see it, but I do.

Right now. Even if you’re tired, worn out, exhausted, wondering what to do next. That’s okay. We’re all there at one time or another. The truth is that you’ll keep going.

You will keep going.

And truthfully? Your kids are blessed to call you mom.

From me, the mom waiting for another cup of coffee to brew whose had the smallest amount of sleep ever, to all of you.

I suffer with Emetophobia. I am terrified of other people vomiting and myself.. It consumes me every single day to the point where a few years ago I had to go on anti anxiety medication. (I came off it when I fell pregnant with my 2nd and am still off it now!) This post helped me in a way though because I always feel like everyone else has it together and that I’m – for lack of a better word – weird – for being so scared of vomit.. But to know that someone who I look up to was scared of it too makes me feel a little bit better!

As a mom of four, with one of those having severe autism, I had an awakening years ago. When the children were all small, and all dependent, there were those days that I longed for when they’d be more independent. My mom would warn me “small children, small problems, big children, big problems. It was true. The worries and troubles were far more serious as they gained that independence. But, that’s growth. “A time for every season, a season for every time”. The awakening was with my one child who would not grow independent; the one who required constant care for the remainder of his life, and ours. It rocked our world, physically, financially, emotionally…and at last, spiritually. When “the season” will last your lifetime, “feel good” words don’t cut it anymore. You are brought to your knees and you surrender — and that’s where a Higher Power sets in. We all have it within us. Once you can accept that everything is happening as it should be and this is what I am meant to be doing right now, right this moment…stress is replaced with strength and resilience. Conditional happiness is replaced with constant joy. This is your purpose and it ripples out to all those you care for and meet. Highly recommend a book called “Inner Life Skills You Never Learned in School” and their website http://www.optimindshaping.com You can learn to embrace each day…even the “pukey” ones. Gratitude for this life and all that comes with it changes everything.

Oh. My. Word. How timely is this? The past month has been one thing after another culminating with a child hobbling around with a broken foot – broken in singularly unspectacular fashion no less. I have been living the last week with those calls of Mom every 45 minutes. But it’s what moms do and quite frankly I wouldn’t want anyone else to be answering that call for my kids. Once again, thanks for your honesty.

You know when I thought “this is not what I signed up for” the first time? I was holding my first baby and he was all of 3 or so days old. It was 3am and I was sitting there trying to figure out why he wouldn’t sleep. Funny now that I was even puzzled, I mean seriously I had heard soooo many people tell me that babies don’t sleep at night but I was still completely unprepared for the complete exhaustion…He is now three years old and sleeps decently but is an early riser and I go to bed late–so last night I got like 5 hours of sleep and was so tired I fell asleep on the couch when the coffee was brewing. And my feeling so tired feels soooo silly after reading about your night, and if you haven’t fallen asleep reading this you may be rolling your eyes at me (or at least that’s what I’d be doing); so anyway my wish for you is that you get to pass out on the couch a few times today and have to catch no more vomit! <3

Which essential oils do you use? I love Young Living’s DiGize for stomach bugs! It has saved me from dealing with any more vomit on one occasion and fewer bathroom trips on another location. Anytime some one says their tummy feels yucky, I pull it out and put a little on to head off whatever it might be. Since we started using DiGize, we’ve only had a vomiting stomach bug once. And that was a full year ago last week. Love my oils, but that one especially!