Latest Trends
dear sweet mom who feels like she is...
just do the dishes. please. the kids will...
to my kids – the raw truth of...
a mom that shows up
to the mom who lost her heart
i forgot how to be the happy mom
what single moms need friends to know during...
to the mom who keeps going
2020 Mindset Goals
the lesson of the fallen Christmas tree
Home Family hot to cold
FamilySamuel

It has been a week of extremes.
(make sure to scroll down so you see all the pics)

3) My kids were so excited about the snow.  Elijah grabbed his rain boots, a fall sweatshirt, and a crazy hat and attempted to get outside.  Then the rest of the kids dug through the three, yes three, 18 gallon totes of winter gear.  My living room was destroyed.

4) Then it was quiet.  For 20 minutes.  Then the first couple decided they had enough and that they needed hot cocoa.  My kitchen became a mess.  However, my children had a great day, and the driveway was shoveled (partially), a snowman was built, several snow forts, and countless wet clothes littered the laundry.  Worth it.  Despite the mess. 🙂

5) In case you don’t want to do math on Monday the temperature difference was over 40 degrees.  I guess I might need to put away my sandals.  Except that when I need to get the mail they’re easy to slip on…..despite the cold snow that will now reach my toes.  Oh well.  Here in Minnesota it’s not uncommon to see someone wearing shorts, a sweatshirt, gloves, and sandals in early March or mid November. Okay, okay, that was me. 🙂

6) Samuel is still sick.  He’s better than Friday, but just does not look right.  He’s sleepy, doesn’t eat as well, and now has little blisters.  I think it’s caused from the strep.  Sigh.  I wish I had put my foot down on Friday and asked them to do a cbc on him.  It would have been reassuring to see the how the wbcount was reacting.

7) Pictures?  I’m struggling to find some. I might just pull some random pictures for you to enjoy today.  Not related to anything above.  Therefore this really equals a true miscellany. 🙂 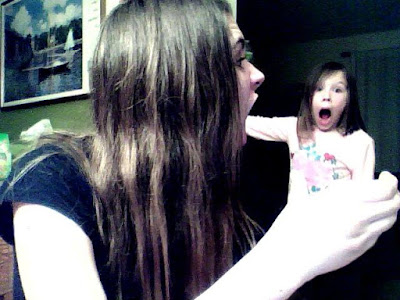 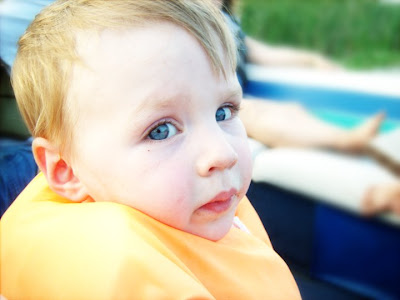 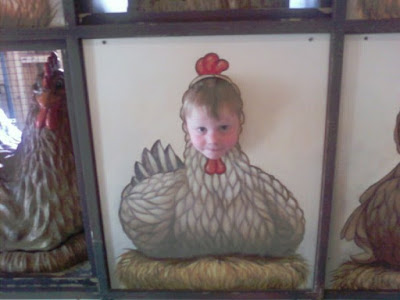 and Caleb
my son
as a chicken

Thanks for stopping by my blog.I will pray for your little Samuel,phyllis

Your weather sounds like Maine weather. Although we had a beautiful weekend here we did get snow on Halloween.

I”m learning that a foot needs to be put down with doctors all too often.
Hope things turn around soon!

I hope Samuel gets well soon. Sorry to hear he is ill. Thanks for your randomness. Loving the random pictures.

Have a blessed week!

Quite a lot going on at your house!

Weather is crazy sometimes. And I am like you, I live in flip flops and hate to put them away.

Loved the pictures. Oh the adventures you must have being a homeschool mom to so many. My daughter Lynnette can relate. She has 6 kiddos and has homeschooled all of them.

Hope you all will have a good Thanksgiving and that Samuel will be feeling well.

The weather has turned much cooler here, but no snow yet.

I remember the mess that happens when kids go out to play in the snow and bring the cold wet stuff inside and beg for cocoa! Fun times!

Hope Sam feels better. My baby has a fever today too. Too bad his doctors appointment for a well baby check is Wednesday. Hopefully we can wait that long.

You got all that snow and we live only about 2 hours west and got NOTHING!:) Isn’t it great living in Minnesota!

I am jealous of your snow! My kids have still never seen real snow 🙁 That actually makes me really sad considering how much fun we had growing up with snow! I am determined that they will see snow this winter. I’m sure it gets old when you have to go somewhere and bundle everyone up but I think I could deal with it! Sorry to hear that your little one is under the weather and hope it passes quickly. We just dealt with a yucky virus in our house and I’m glad everyone is now recovered. It is so difficult having sick kids! Prayers for your little one 🙂

When I was growing up in Canada, it ALWAYS got really warm right before it snowed like that. Now I live in TX and I get all excited when it suddenly gets warm in the winter, but all it means is… “crap, I still live in TX.” 🙁

That webcam pic is awesome!

What a temperature change! Wow!!!
Love those random shots. 🙂

Thanks for stopping by my blog. I’m now “following” you too…

That temperature change is crazy! Sometimes I wish that we got snow here in SC.

I am so sad to hear that Samuel isn’t feeling well. I pray he will feel better soon.

I love your randomness … Temperature changes like that always drive me insane because I never know what to wear. I started wearing multiple layers just to be able to peel them off like onion skins.

There just never seems to be a dull moment at your house. I can’t even imagine all the “wet stuff” after playing in the snow. What memories! It’s always a joy to share in your “never dull” life.

First snow!! Messy? Yes, but oh, soo fun! Enjoy it for us Texans who won’t be seeing it for another couple of months at least, lol!

I haven’t seen snow in at least 6 years and I miss it so much. Hope Samuel continues to feel better every day. Prayers are still flowing.

Snow already, oh that is so great. What fun! It has been in the 60’s here the past few days and just beautiful with all the colors of the leaves!
Hope your little one is feeling better. How frustrating!

Oh my what a huge temperature swing!! Does that happen often? How fun, well not all the wet, messy clothes….but playing in the snow after basking in the sun!

Here’s to hot cocoa and snowmans! 🙂

i think the weather is off everywhere. when we were back home in cali we expected 40-50 degree days and instead we got 70-80 degree days. so weird! but, it does sound like your kiddies had way too much fun in the snow! snow memories are some of my favorite; i know your kids will remember these times forever.

i was low on pictures too… especially lovely ones… so finally, after our trip, i have some! : ) will be participating in lpw! yay! i’ve missed it.

These verses are so comforting. Continuing to pray!!!!!!!!!
Revelation 21:1-4 And I saw a new heaven and a new earth: for the first heaven and the first earth were passed away; and there was no more sea. And I John saw the holy city, new Jerusalem, coming down from God out of heaven, prepared as a bride adorned for her husband. And I heard a great voice out of heaven saying, Behold, the tabernacle of God is with men, and he will dwell with them, and they shall be his people, and God himself shall be with them, and be their God. And God shall wipe away all tears from their eyes; and there shall be no more death, neither sorrow, nor crying, neither shall there be any more pain: for the former things are passed away.
Prayer Bears
My email address

the weather here in socal has been back and forth between hot and rainy. a little snow would be nice!
i hope your son is feeling better soon.

those picture are hilarious, and we have the same kind of weather over here too.

Ah the joys of our lovely Minnesota weather. You all got more snow then we did, we only got maybe 1 inch. But I know more will come soon

So sorry Samuel is sick. 🙁 I can’t believe you’ve had snow!! My kids are so anxious to have snow before we move to Texas, but it’s looking unlikely here in northern IL….