Latest Trends
dear sweet mom who feels like she is...
just do the dishes. please. the kids will...
to my kids – the raw truth of...
a mom that shows up
to the mom who lost her heart
i forgot how to be the happy mom
what single moms need friends to know during...
to the mom who keeps going
2020 Mindset Goals
the lesson of the fallen Christmas tree
Home motherhood beautiful & real {short & messy} motherhood
motherhoodonward brave mother 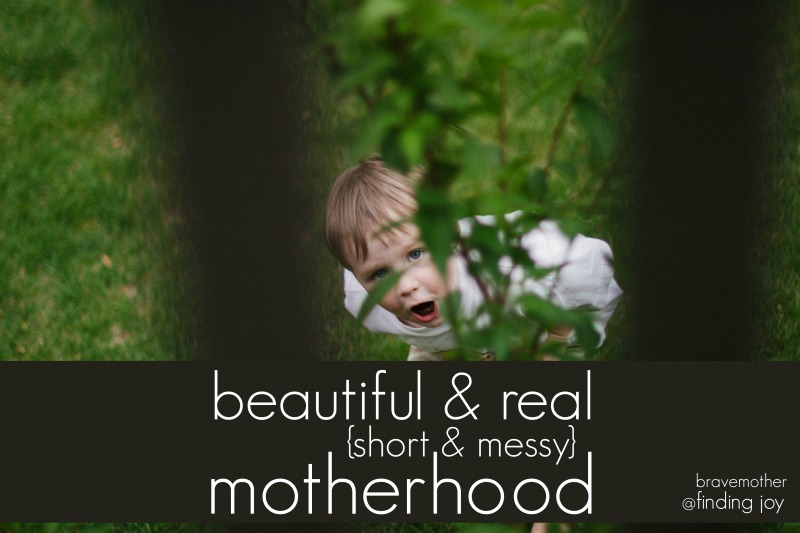 The rain turned the backyard into a sloshy mess of mud. The green blades of grass, which for months were hidden under a blanket of snow, were saturated with droplets of heavy and needed rain. And the mud, the ground that once was so drought ridden now squished like a sponge underneath causing a thick layer of mud to form under those green blades. In fact, there was no escaping the mud.

When the littles would come in, dripping wet from the drizzle they played in, the mud would drip to the floor, forming pools of earth on the once shining kitchen floor. Hands were caked, dirt smashed under nails, and knees now bearing the stain of green and black.

They were beyond joyous. They were exuberant, thrilled, and excited to be living a life that included finding time to run in the backyard filled with mud.

Their voices filled the room – exclamations of excitement over worms dug up, pools of water in the yard, and the change to dance in the rain. They didn’t see the dirt, they didn’t notice the mud under their feet – they only saw, only remembered the time running free in a damp world that was woken up from winter’s seeming to never end grip. 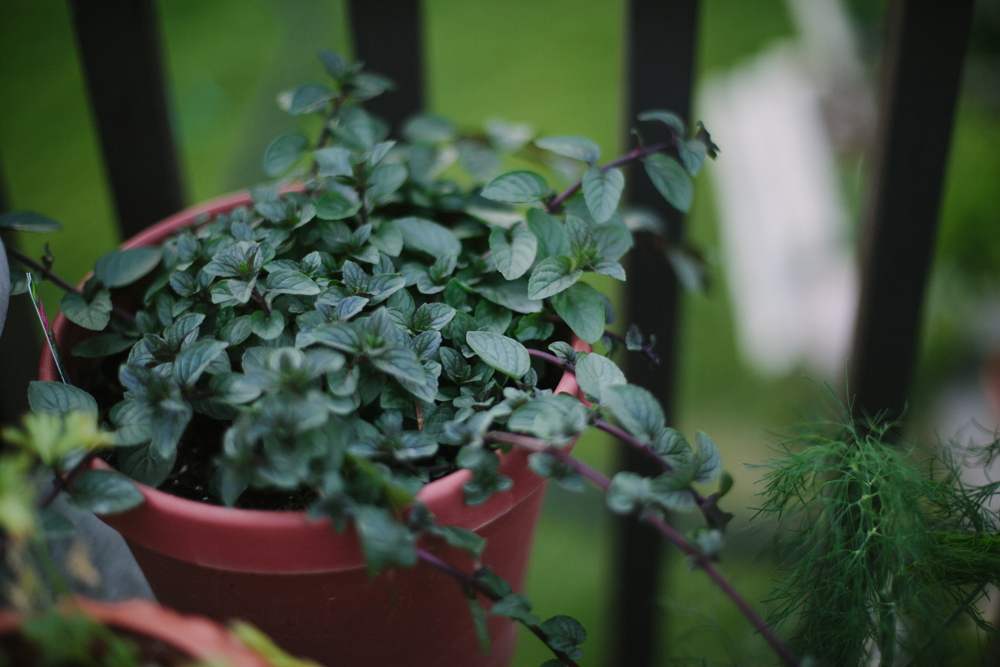 This was also the very day that I wanted to take my hands and throw them in the air and admit defeat.

I wanted to scour the kitchen for the white towel, which of course would be stained with peanut butter and jelly and markers and all those remnants of real life, and wave the flag of surrender – after all it had been raining and cloudy for days now. Voices had been getting louder, toys were strewn about, boys were jumping from stairs and having nerf sword fights in the hall, and the sky refused to let sun shine. It was wearing – the everyday do the same thing, deal with attitudes, makes the meals, pick up the room that was just picked up ten minutes earlier – kind of wearing.

Maybe, in fact, it was less about defeat but more about realizing that the perfect structure, the perfect plan, was in fact not so perfect at the moment. Instead of defeat, it was rather a releasing of the agenda and letting the natural rhythms of life take over. When it’s a season of clouds or rain or perpetual snow there comes a point where instead of getting irritated about the mud on the floor you actually embrace the beauty of the mud and the reality that real motherhood is short and messy and beautiful all smashed together.

It’s a little shift, a change in thinking. 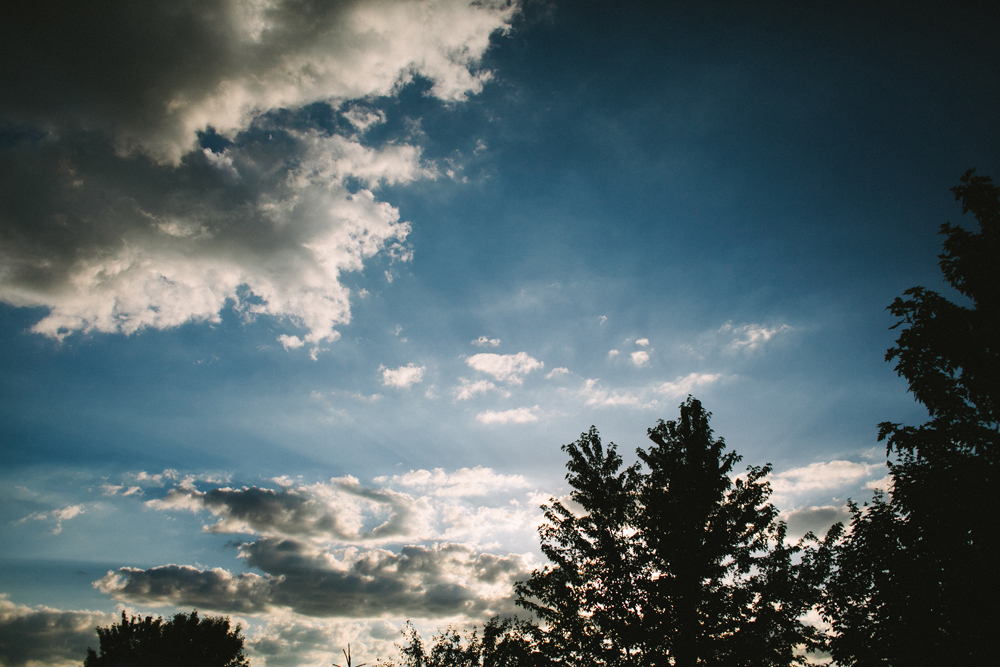 There are those seasons in life that just drag on and on and on. It’s the weary mother time, the times with the toddler who refuses to nap, the kindergartner who won’t get on the bus, the fifth grader who never wants to do their math, the junior higher who thinks that you’re a bit dumb, the highschooler who stays out late, the times with the bills bring more than what is coming in, the times alone, or feeling lost, and sometimes those times are the very times when you just want to throw your hands in the air or eat all of the Ben and Jerry’s in the freezer if there had been any left.

I say surrender. Just for a second.

It’s the perfect life agenda that misses the beauty in the mud moments of life.

Sometimes the greatest strength comes in those moments when we admit we don’t have it all together. Those are the moments when the layers of mud crash to the floor and we’re left standing in our kitchen with those tears in our eyes and we’re searching for the meaning behind all of this chaos. Or maybe we’re just looking for a break. A friend to come besides us and to tell us to keep going even in the midst of all the mud moments of life. Or maybe we just need the freedom to not only let go of the agenda for a second but rather to grab our own shoes, run outside, and play in the rain with them. 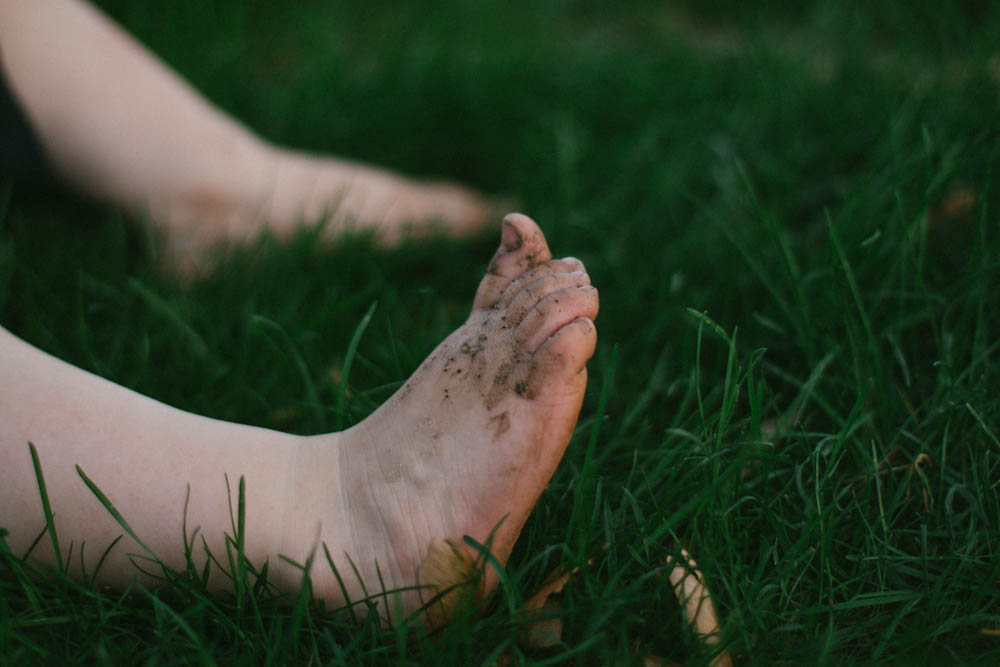 I looked at the saturated shoes stacked in a tower by the front door and smiled.

There will come a day when the mud moments, the piles of shoes, the pools of water, and simply joy over playing outside will fade away. The kids will grow, life will move, and these moments will be a faded memory in the stream of time.

I think I’m going to embrace the chaos just a bit more and see the mud for what it is.

Thank you for writing this post. I have 3 children 5 and under, soon to be 4, and your post met me right where I am at today. I just get so overwhelmed with the mess and I am a regular reader of 2 blogs in which the pictures they post of their home are beautiful, organized, and sparkling clean. Sure, they mention some that it’s not like that all the time-but the consistent, perfect pictures leave me feeling inadequate and down. Currently, I’ve got nail polish all over my kitchen table, 5 loads of laundry on the living room floor that needs to be folded and put away, toys that need to be cleaned up, and I have to work tonight. So, thank you for being honest and for putting some perspective on the “endless trench” I feel like I’m in right now. I was so blessed by this.

great reminders for all of us–as usual! 🙂 Thank you.
We’ve got sand, sand, sand…and a lot of red dirt while projects are going on on our property. I totally relate. Some days it is easier than others to let go, but great reminder!
aloha