Latest Trends
dear sweet mom who feels like she is...
just do the dishes. please. the kids will...
to my kids – the raw truth of...
a mom that shows up
to the mom who lost her heart
i forgot how to be the happy mom
what single moms need friends to know during...
2020 Mindset Goals
to the mom who keeps going
the lesson of the fallen Christmas tree
Home motherhood 15 Things That Don’t Define Motherhood – and the One Thing That Matters
motherhood

For real. Don’t let these fifteen things take away from your awesomeness.

Enjoy. And remember – there is no perfect – just real.

1. Making Mistakes. We all make mistakes. Many of them. Some are silly and small. Some big (like forgetting when recitals are or losing things or well, you know, those mistake things that we wish we didn’t do.) But, mistakes happen. Learn from the mistake and move on. That’s what we teach our kids. So extend that grace to you too. And sometimes, even when we make mistakes, it’s simply part of learning, being creative, and taking risks. Don’t judge the mistake too quickly as a mistake, but rather remember the heart and determination behind what you do. 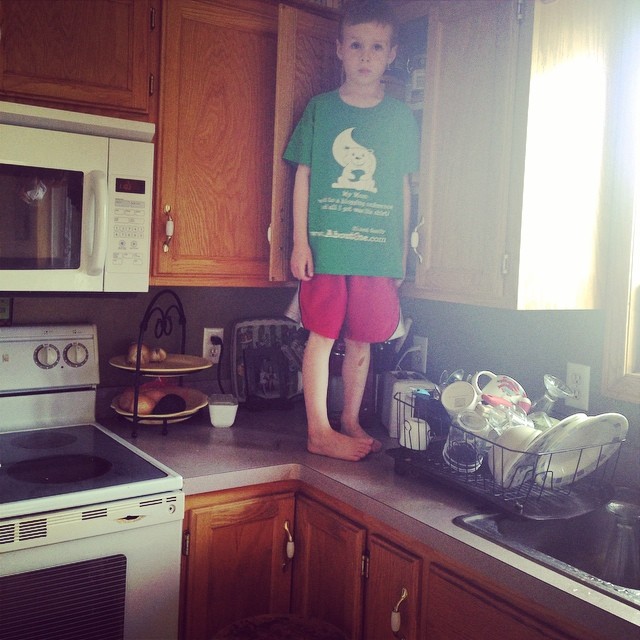 2. Having an Always Clean House. I would love an always clean house. But I also have four boys ten and under who love to be creative and move through the house creating creations that I all too easily label messes. Is my house perfect every single moment? Nope. Is it perfect when someone pops over? Nope (why can’t that ever happen? People seem to pop over when chaos just erupted). So by the nature of raising children there will be times of messes. So you know what? Let your friends in even if it’s not perfect. Just be you. Proud of you.

3. Not getting frustrated. Not going to happen. Several years ago we had a fish tank and my son Elijah would drop things into the tank for fun. (He was little). I duct taped the tank. Tied it down. The day I found the $100 electronic toy in the fish tank was the last day of the fish tank. Let me tell you – Frustrated. Parenting is oftentimes an exercise in frustration mitigation.

5. Your work situation. Let’s face it. Some of us work. Some of us stay home. Some of us do a mixture of both. Don’t let that decision define motherhood success. Ever. Motherhood success cannot be based on an external variable like that. And work on not judging – because chances are there’s a mom that wishes she had it the other way or vice versa and in that moment they just need love. That picture? Taken at 37k feet as I was traveling to Denver (and then driving to San Francisco) for work. I’ve stayed home, worked part time, and now worked full time while traveling and staying home. In all of them? I loved my kids and did my best for them. That’s what matters, really. 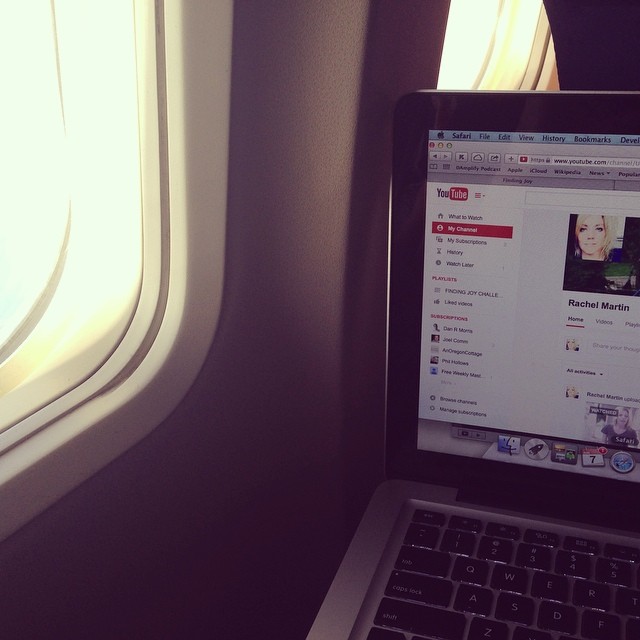 7. Wishing for a break. Breaks are good, really. And those days when we just want to eat the Ben and Jerry’s and watch television? Well they just happen. Grace, really, grace.

8. Breastfeeding, Education Choices, or any of those other Controversial Topics that I’m not going to touch. Yep. Not going there? You know why? Too much angst in it really. I get that we all have opinions and I love love love that about us as a culture. But when the opinions become dogmatic and we forget the heart of the person with an opinion other than our own then it’s too far. Be confident in your decision. Don’t feel threatened by others. And always be willing to learn other’s point of view and to let your own be challenged.

9. The use of electronics. Several years ago there was another blogger who wrote a Dear Mom Letter about being on the iPhone. It was, in my opinion, a bit opinionated. Here’s the deal. We live in an electronic age. I don’t think that it’s going away in a short time. So we have this new variable called electronics to deal with – each family establishes different rules. Don’t feel guilt over your decision. It’s okay if your kids use electronics. And you too. 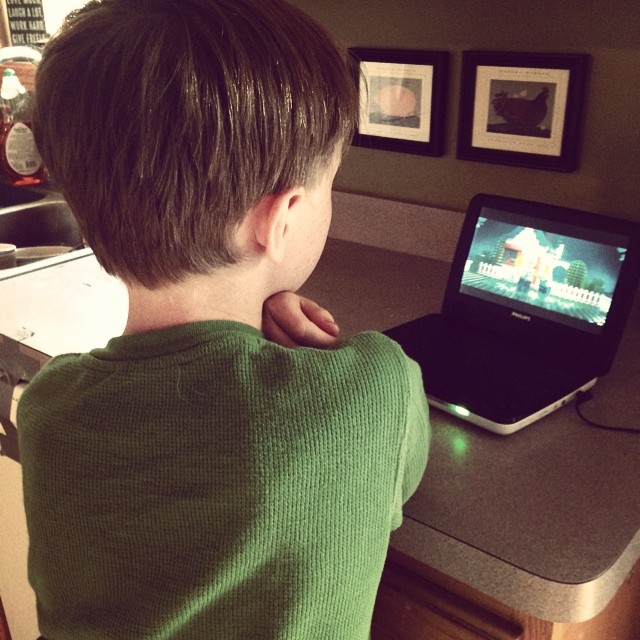 10. The perfect life. Pretty obvious, right? But sometimes it’s hard to feel like you’re good enough, smart enough, doing enough, and all of that if you’re life doesn’t match the picture of what we think life is supposed to look like. The truth is that most lives are messy and that there isn’t an ultimate perfect ideal in life. So live your life with joy and tenacity and don’t allow the myth of perfection determine happiness.

11. Having kids that don’t make mistakes. Just like you’ll make mistakes your kids will make mistakes. It’s part of learning, really. There will be times where you will be like what in the world were you thinking? But you’ll be the one to be there for them. To help them pull up their boot straps and fight. To teach them the truth in the apology. To love them when they sometimes don’t feel worthy. That matters. Greatly.

12. Bad Days. They’ll happen. Circle the good days on your calendar and start taking note of the awesome that you do every day. Challenge yourself to look at your life with a lens of gratitude and give yourself the grace to deal with the hard days.

13. Knowing what to do in every situation. Oh my word. Let me tell you there are so many times in motherhood where I have no clue what to do next. Both decisions seem to be daunting. Or I cannot see a decision. Or I feel frozen. Here’s the deal – make the best decision you can and move forward knowing that you did your best. Sometimes in motherhood, or in life, the decision doesn’t seem obvious. That’s okay. It doesn’t define you. It’s just a decision. So think it over and know that you’re one of millions of moms wondering/hoping that they’re making the right choice.

14. Feeling alone. There are times in life where one simply feels alone. It’s not an awesome feeling and it can overwhelm on those days when we just need a friend. First, be a friend for those that need a friend. Oftentimes we don’t admit that we need help or a friend so sometimes it’s so crucial that we just simply are there. During those alone times – reach out.

15. Externals. Like these: having the newest house, fresh paint, kids in trendy clothes, having kids involved in every sport, having a new car, and on and on and on. Those are externals. Chances are when we reach the end of our days that we will wish that we had spent less time worrying about the things that fade away and more time with those that we love. The moments matter more. When the externals are a determiner in happiness or success then we rob ourselves of the beauty in the moment with those we love.

And the one thing that matters? 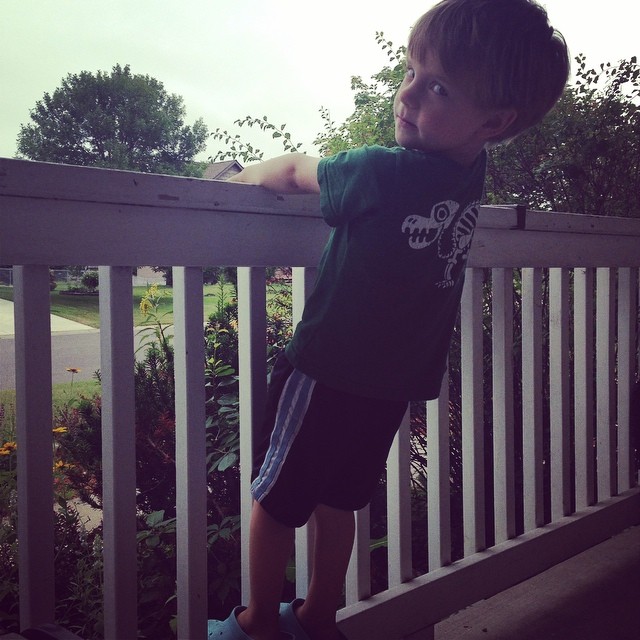 Great post! I think one we need to consider is that loving your kids doesn’t always mean the warm fuzzy kind of love. Your kids need all kinds of love: warm fuzzy, quiet listening, advise giving, tough love, and letting them try and fail so they learn to get back up. Kids who have a parent always picking up the pieces or softening the blows will not learn resiliency and often not learn sound judgement. Why think ahead when your mom does it for you. So love, and love whole heartedly, but know what love looks like. And know that it is not motivated by fearing for your child’s happiness, but in confidence that your child is a strong and capable and tiny being!

really beautiful piece. We moms are so hard on ourselves. My oldest son, especially, got the brunt of all my ignorance about good parenting. Parenting is the hardest and most significant thing we’ll ever do, and we don’t really get any training in it. We do need to love our kids, but love ourselves too. Great post.

Thank you so very much, Mairanne.