Latest Trends
dear sweet mom who feels like she is...
just do the dishes. please. the kids will...
to my kids – the raw truth of...
a mom that shows up
to the mom who lost her heart
i forgot how to be the happy mom
what single moms need friends to know during...
2020 Mindset Goals
to the mom who keeps going
the lesson of the fallen Christmas tree
Home No Showers for the Weary why I want my kids to be bored
No Showers for the Weary

why I want my kids to be bored

I probably heard that within the first sixty minutes of the kids finishing up their school year. I’ll probably hear it an exponential number of times this summer – starting in the morning and progressing throughout the day and building up to a roar at 4pm as I’m wishing I had figured out dinner at 8am and so on. I’ll probably answer well then you can do chores or find something to do or go outside an equally infinite number of times. 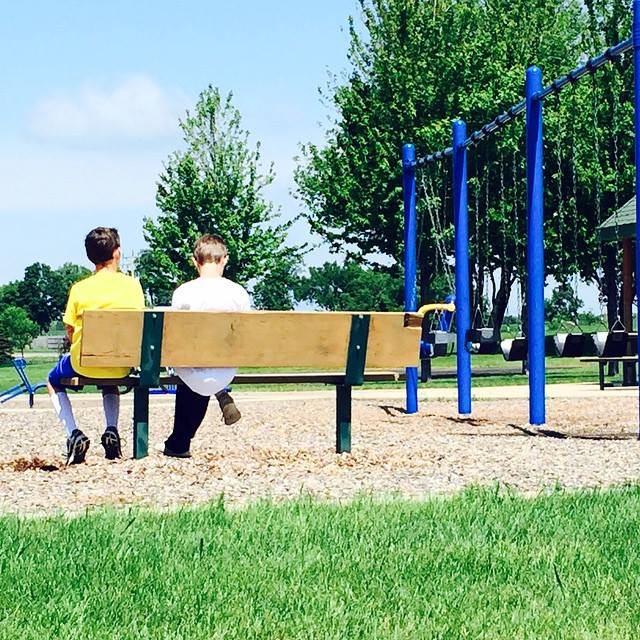 I’m okay with them being bored.

In fact, I kind of want them to experience boredom in childhood. I realized it even more after I was reading this article – I’m Done Making My Kid’s Childhood Magical – in Huff Post. I think I’ve always kind of known that I want them to be bored, but have never articulated those boredom feelings from the brain to a written document. Maybe because boredom isn’t trendy or we look at being bored with not being a good parent because we think we should be giving them opportunities and stuff to do always.

But what if boredom is the opportunity?

Really? Think about this:

Boredom just might be the space in which  creativity and tenacity and invention and excitement happens.

Our kids live in this over scheduled and hyper busy world. Us parents are expected in a way to entertain, just like the above mentioned article references, over and over and over. There’s this weird guilt in a way as well – like maybe our children won’t turn out right if we’re not on the floor with them playing dolls or flipping flashcards or running at the park every single day. I know, I’ve dealt with the guilt of not being the ever present parent.

But, as soon as I write those words I realize even more that I want my kids to get to that point in life where they sit in the tension of boredom and have to push through that feeling to figure out what to do next.

I want them to figure it out – not be told or rely on someone else to provide them with momentary happiness of something to do that just fills the space of boredom but really doesn’t solve it. 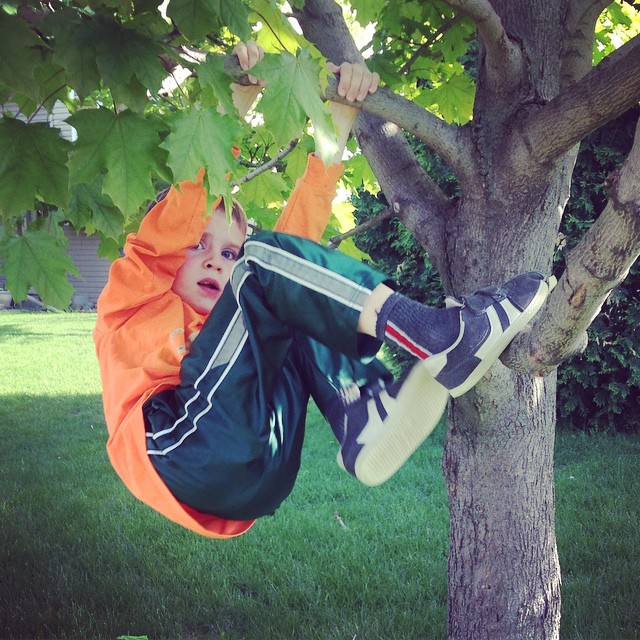 It reminds me of when I worked merchandising at Pier 1 Imports. When I’d interview I’d look for the person who wouldn’t look for me to tell them what to do next but would rather be looking for what could be done without the handholding in the moments of workplace boredom. That’s what I tell my kids too about work – always be seeking out the next thing and don’t wait for someone to tell you the next item on the list – and if you can’t figure out something you can always sweep.

I think some of that being able to figure out what to do next comes in the boredom moments of childhood.

Boredom is where the creativity is forced to be born and be unearthed. If I’m always giving the next agenda or filling the gaps of boredom with things to do then they’re simply not forced to figure out on their own the joy in exploration and reading and what to do when it feels like there is nothing else to do.

So I let them be bored.

The interesting thing is that the things that seem like they are an expected part of childhood – going to the park daily, playing croquet at night, projects and crafts and everything – no longer are expected but are rather appreciated a bit more. Like they realize that we all have stuff that we need to do and finish and family moments spent together are moments of joy.

You’re going to play this tonight? Woohoo!! This is awesome!

That’s what I hear. 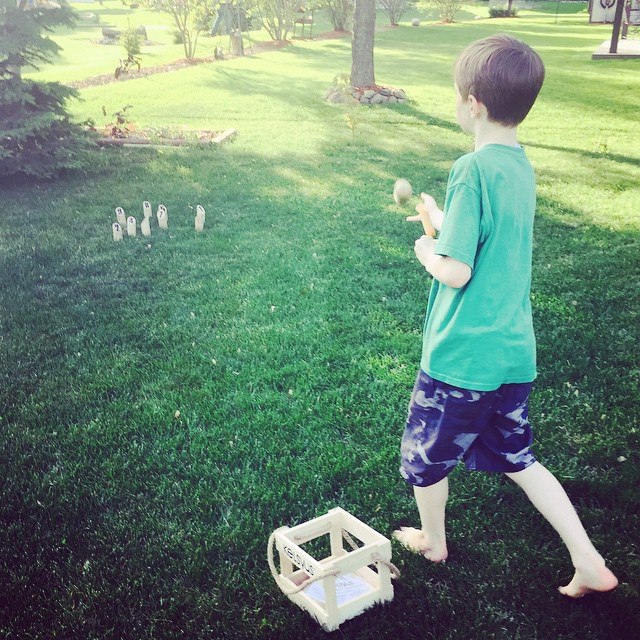 Being bored might be one of the greatest gifts we can give our kids – even though it can be quite aggravating until they figure out what to do next – because we are allowing them space to think for themselves. To seek opportunity. To figure out options. To create. To invent.

Boredom means a bit of space.

And in a world now that suffocates most moments with the busy maybe a bit of boredom mixed in is exactly what is needed.

It sure does make going to the park more meaningful. Or games in the backyard. Or that board game in the afternoon.

So, yeah, I’m going to hear I’m bored this summer. But chances are by the time summer wears on and the days get hotter and so on that the sighs of boredom will be replaced with adventure and inventing and more.

If not, well, there are always chores.

I’m so glad you wrote this as I couldn’t t agree with you more!
I grew up on a small farm with very little in the way of entertainment.
We seemed out our own adventures! We made forts in the nearby forest, created toys from what we found around us in nature, we ran, we played in the dirt, we rode our bikes, we had races and battles and most of all we challenged our own creativity and used our imaginations!
I think that’s why we have so many innovative ideas from our generation too!

My children are now 10 and 13 respectively.I have told them once they hit a certain age, meaning being self sufficient, It was no longer my JOB to entertain them every minute! When I was a kid(I still am,lol) we were outside playing from the time we got up until the street lights came on and we didnt have all the “stuff” they have now. They have learned to occupy themselves on the days that I can’t “entertain” them Thanks for all that you share, we all feel them same way whether we are single mama’s or not

Finally!! The only thing I had growing up to play with, were my siblings. One of six and being raised by just mom, there wasn’t time or money to constantly be going somewhere. We learned very early on that we needed to not say “I’m bored” because there would be a chore following. We had all the creativity, imagination and free will to play. We didn’t even have TV!! Take all the gadgets away from kids for say a day, maybe a week (if you can stand it )and I feel that most children and possible parents will have an anxiety attack. I’m 45, and my childhood growing up was a thousand times better than most “fortunate kids” with all the bells and whistles supplied and worked so hard for by their parents and all the running around all week with lessons, activities, sports…. What will be the result for these kids when they are adults? Bored… I love that word now 😊

Fantastic article, thanks for articulating what we think but haven’t been able to put into words. My wife and I both agree and this is timely for us.

bored was considered a “bad word” in my house growing up. There was always something to to do and my mom was the queen of ” figure it out” draw, read, go for a bike ride, etc. I haven tied to keep that same stride for my kiddos. We call it floundering, and while it can be frustrating for all I try to show my kids it happens to adults too, and lead by example. Organize a drawer, play, read, doodle, daydream, push through.