Latest Trends
dear sweet mom who feels like she is...
just do the dishes. please. the kids will...
to my kids – the raw truth of...
a mom that shows up
to the mom who lost her heart
i forgot how to be the happy mom
what single moms need friends to know during...
2020 Mindset Goals
to the mom who keeps going
the lesson of the fallen Christmas tree
Home motherhood why I didn’t want to pull up my bootstraps anymore
motherhoodperspective

why I didn’t want to pull up my bootstraps anymore

Who thought of that expression?

That and plow through it, keep on keeping on, not quitting the fight, and and on. I start to wonder if they’ve really experienced all those things to begin with. Truth. Or if they’ve stated them when every single child in the house has decided that today is the day to fight every single thing.

I even write it. Keep on pulling up your bootstraps, will be the words that leave my head and hit the screen. But sometimes? I’m serious, sometimes I just want to let those bootstraps fall to the worn mothering side of me and find chocolate.

Sometimes I just want to say, “I’m out.” 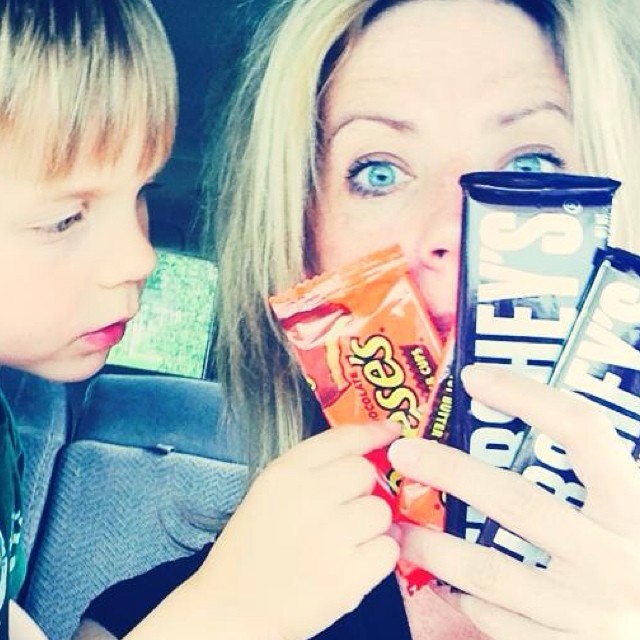 Because sometimes it feels just a bit more than exasperating being a mom.

Like today. Today I dealt with World War 3, 4, 5 and 6 over who got the better Wii Remote. They’d all be great but due to the excessive removal and addition of batteries in a quest to find two that work several of the Wii Remotes are on their last legs. And don’t even get me started on the NunChucks. I think those were designed to fail.  Or the repetitive asking for fruit snacks even when they know that they’re for school. Or the finding of a wrapper of a fruit snack that was snuck tucked in the corner in a certain child’s room. You know, I think that sometimes there are less than 18 seconds between consecutive cries for mom.  Little things, really, but sometimes those little things can really start to wear one done. Especially if there are big things as well. Or even if not.

Don’t get me wrong. It’s not that I dislike motherhood.

I’m a champion for the awesomeness of motherhood. I think that we’re super cool. We’re fighters, givers, lovers, crazy car drivers, and more. We don’t get sleep, we work hard, and oftentimes have the most under appreciated job in the world.  I’m the voice of you are enough and that motherhood matters and that when we’re eighty we’re all going to look back and breathe this sigh of accomplishment and think back to the sweet memories of when the kids were little.

There are days when you are in the middle of motherhood and when the fighting is over someone looking at the other one wrong and there are crumbs smashed into the carpet when they shouldn’t have had food downstairs and the laundry is spilling out of the baskets and you’re trying to figure out how to get a new vehicle quickly (hello, my day) because your old reliable big Suburban is no longer drivable and the kids are just bouncing off of the walls and your to-do list is so ridiculously nuts that the last thing you feel like doing is pulling up the boot straps and continuing on.

But then was woken with the question from one of my kids if they could play the game that was on the top shelf in the laundry room which would mean that they somehow scaled a shelf that they know they’re not to climb.

I love my kids. Holy moly crazy do I love them. I mean look at him – how could one not? 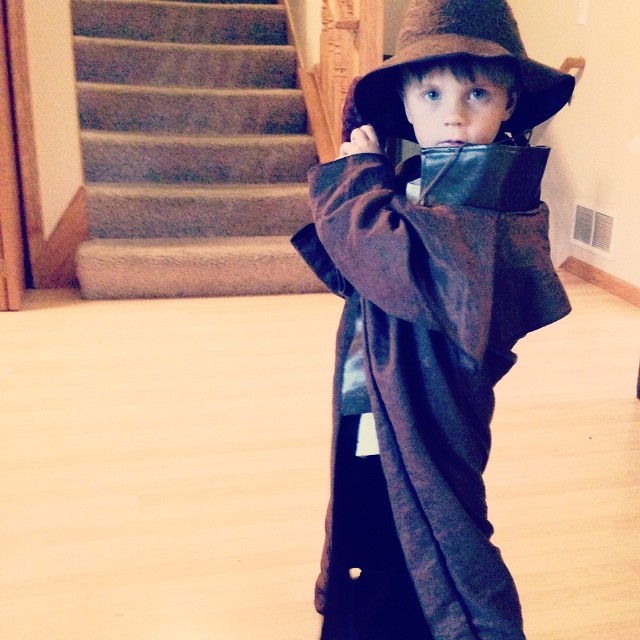 It’s hard and work and pulling up the boot straps feels like so much energy. And honestly, I wasn’t even sure where to look to go and find that motherhood energy that seems like it should always be there in reserve.

So I told myself that I’m simply not going to do it right now. I’m not going to care if they’re fighting over silly things like the other one looking at each other wrong. I’m not going to let it bug me. I’m not going to get stressed out over the crumbs under the table.  I am not going to worry that there are train tracks all over the living room. Or that the shoes are on the wrong feet again. Or that well, all of those little things that accumulate and sometimes make us feel like we want to snap.

I decided that I was just going to do my best.

I would mother with all the reserves I had and forget perfection.

I think there should be extra gold stars for the days when we just mother.

And, you know, it really should be okay to say that today being a mom wasn’t much fun. It wasn’t full of all the things that I wish I could have done. It was really more just getting through.

I was okay with me.

It didn’t feel like pulling up my bootstraps. It felt more like doing my best. And giving myself a gigantic heaping of needed grace. And an iced caramel macchiato at Starbucks. 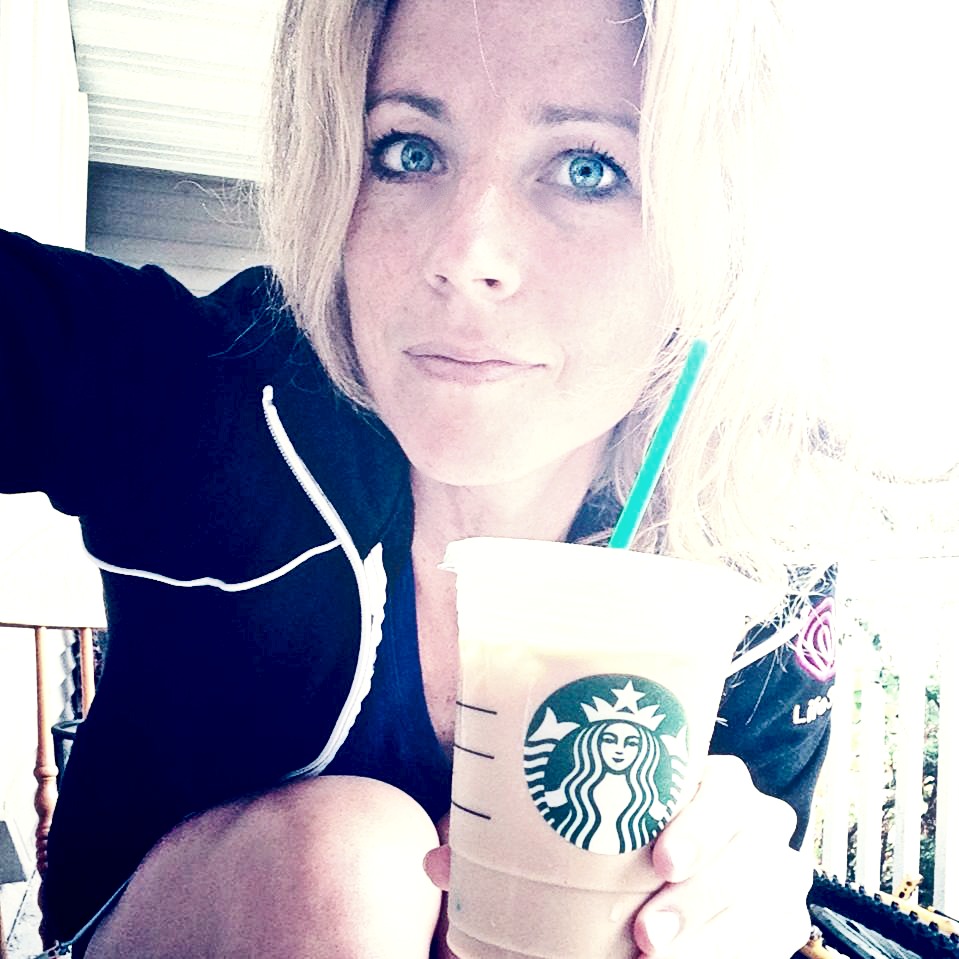 Maybe you need to be okay with you too today.

Maybe you need to know that motherhood isn’t about always having the right answers, perfect meals, and best plans every single moment. And in that knowing, maybe you just need to admit that somedays being a mom is crazy ridiculous hard. It doesn’t make you a bad mom.

It just makes you real.

And pretty much all of us out there.

So it’s okay that you don’t want to pull up those bootstraps all the time and plow on. Sometimes you just need to get through. And in all of that know that you’re still being awesome. Because oftentimes awesome means being okay with you.

And thank goodness for chicken nuggets and fries. And iced coffee. And chocolate.  And trust me, I know, I know that there will be one day when we look back at those pictures and simply smile, pat ourselves on the back, and say,  we did it. 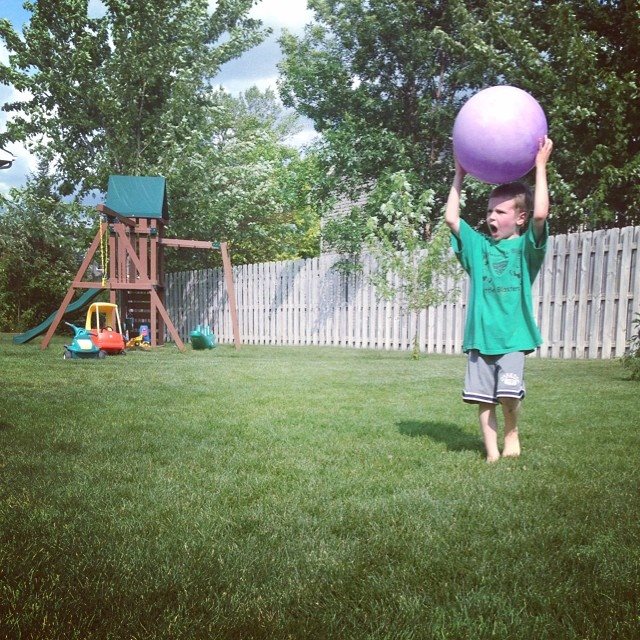 Join the Awesome Real Community of Moms on Facebook as well.
0
FacebookTwitterPinterestRedditEmail

Well said hun. Am joining you on this long, long, long rainy day with babies who won’t sleep, one who bites all the time and one who poops in my bed. Now they are watching Cars and eating snacks I don’t usually serve while I drink a big cup of tea. Grace. E x

We watched two Disney films today – it was that kind of day. Raining and the only thing the girls could agree on was movies so I went with it. Long day, end of a long (sometimes good, sometimes hard) summer.
I try to be the best version of myself every day. If I try then hopefully I am enough.
New day tomorrow, best of luck! X

I completely agree! I am blessed with 7 boys and I love them so much, but there are seasons when I don’t know how I will make it. You are a good mother, Rachel!

Thank you. I needed that 🙂

This was so me today. Thank goodness for happy meals, play places, iPads, and homemade banana splits!!

thank heaven your the voice of reason and understanding.

i find your blogs most helpful and funny at times i can relate and need that push and that voice telling me its going to be ok. thank you

The other day, I was “done.” It was such a terrible day, one of those days where you just wish you could quit. I prayed a lot that night. The next morning I woke up with just an overall apathy. And had a pretty good day where I spent more time with my kids and zero time caring about the dishes or the crumbs or how much screen time or how many snacks they had (it’s summer.) The next day, that covering of apathy was gone again. But what I’d learned was that those little things that I get so uptight about–they just don’t matter so much in the grand scheme of life. I learned that I’ll be so much happier if I just let some stuff go.
I just recently discovered this blog and I can’t tell you how much I am enjoying reading it every day. Thanks for all you do!

THANK YOU! I truly appreciated this blog and video today more than I have appreciated anything in a long while. I wish I could hug you and say thanks for keeping it real. <3

Love reading your blogs….makes me feel like I can be a good mom, no great mom. And it’s okay to sweat the small stuff, pick my battles, and yes some days are better than others. But when I look at my kids being there mom is priceless !