Latest Trends
dear sweet mom who feels like she is...
just do the dishes. please. the kids will...
to my kids – the raw truth of...
a mom that shows up
to the mom who lost her heart
i forgot how to be the happy mom
what single moms need friends to know during...
to the mom who keeps going
2020 Mindset Goals
the lesson of the fallen Christmas tree
Home Family instead of
FamilyHomeschoolLife

by Rachel Marie Martin
0 shares
time keeps on slippin’ slippin’ slippin’
Into the future
Where does time go?
It just feels like I was the age of my almost 14 year old daughter, Hannah.  When life spread before me — options, opportunity, and adventure.  It just feels like I was a mother of two little girls — when mothering was so new, so fresh, and tiring. It just feels as if I began homeschooling — and now I’m on my tenth year, my oldest will be starting highschool work, and now I have five to teach.  It just feels as if Samuel was just born — and now he’s crawling, laughing, and almost a year. 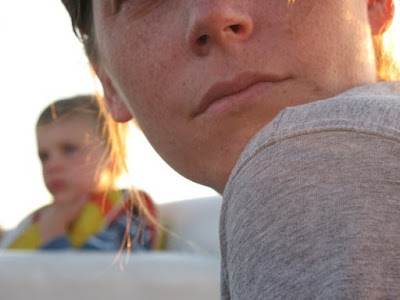 What is it with time?
What would I have done?
What have I learned?

-Here are just some of my thoughts-

Instead of throwing in the towel and thinking that I can’t do it — I would stand back up, brush myself off and continue
Instead of telling my kids what they need to change — I would tell them first what they are doing right
Instead of turning on the television — I would pull out a game

Instead of just praying — I’d also be helping

Instead of reading emails in the morning — I would open my Bible
Time keeps moving.
I hope I learn from it.

–tell me–
What have you learned over the course of time?

I will be 24 years old in less then 12 days. This is a short time to be on this earth, I know. Yet, it feels like I’m still 18, so naive, so young, so … not wise. Since 18, I have learned a lot and although I am not much older, I will share some of these things with you…
1. It is not worth it to let other people’s bad attitudes, rejection, or ways get under your skin.
2. Praying about everything is extremely beneficial.
3. Life is not only about me, it is about serving as Yeshua did. About letting my desires go and allowing Him to lead.
4. It’s okay to love yourself.
5. The bible is truth and all that is in its pages is for all of humankind.
6. YHWH, the creator of the universe, loves us more then we know and understand.
7. Loving is easier than hating.

I will stop at 7 because that is a good number. Time is flying sister, and I believe it’s because our Yeshua is coming soon. 🙂

Thank you so much for sharing yourself with us, it is always wonderful. Blessings to you and your beautiful family.

I’m a “in a minute” person with my kids too. I’m learning slowly. I’ve also learned that this internet/computer world takes up so much precious time. Also, there is a difference between what is “urgent” and what is “important”. Thanks for the post. I hope you’re having a good weekend.

thanks for visiting my blog! may God continue to bless you super mom. I enjoyed the post. instead of wishing a had a good twin around me all the time so i could do twice as much, i should just enjoy the moment, limitations and all. Have an awesome holiday!!!

Thanks for stopping by my blog.:) Wow!! You are busy!! This post was great. An encouragement to not grow weary of “doing good” for at the proper time we will reap a harvest if we do not give up. 🙂

One of the most powerful things I’ve learned is that life is way to short to live without faith. Is there anything in my life that requires faith? If not, then I’m not making my relationship with Christ everything it could be. CAN be. Faith is a powerful benefit, but we have to take a hold of it.

And without faith it is impossible to please him, for whoever would draw near to God must believe that he exists and that he rewards those who seek him.

Great wisdom! I’m 50 and many of these apply even at this age!

oh wow. i am definitely with you on so many of these… especially the whole gratefulness thing. since my parents divorced, then my dad died, then i married a widower i just sort of figured that the Lord wanted everything to be extra difficult for me and i was mad at Him for much too long. now i’ve learned to embrace the “trials” (especially when i read about all the persecution that so many christians around the world endure – i realize how small my trials are!) and know that the trials are shaping me to be more like Him. and so i’m grateful. i wish i’d been more grateful in the past!

Rachel, It’s so refreshing to read your blog post for today !!! Wow, it really makes me take a look at alot and think about things !! You sound like an amazing mother and wife !! So glad you stopped by my blog !! I’m now a follower 🙂

That if I blink I lose a year or two…my oldest will be 30 this summer…my youngest will be 20. How is that even possible? And I’ve got 6 grand kids now! Lovin’ that part!
Praying!
Psalms 29:11 The LORD will give strength unto his people; the LORD will bless his people with peace.
Prayer Bears
My email address

Amen.Amen. Amen. How many years have I said those same words… and still hope to drastically improve on making more time to JUST PLAY! At least there is improvement. 😀

THANKS FOR THE GREAT REMINDERS! 😀

Love this…time moves so fast and you can never have it back. I remember the days of teaching five at once, now I only have one to teach. I remember having five children at home, the first marrying while I am pregnant with number six and the changes that come when the first four left the nest.
I agree with your list…and I am sure mine would be longer after these 26 years of parenting…I am saying “yes” more with the two I have left. I am taking more time to love my husband of 30 years and appreciate what he does for all of us.
I am…enjoying my grey hairs, which I have earned from some very powerful lessons. Aging isn’t so bad, you learn what is truly important.
Enjoyed,
Janette