Latest Trends
dear sweet mom who feels like she is...
just do the dishes. please. the kids will...
to my kids – the raw truth of...
a mom that shows up
to the mom who lost her heart
i forgot how to be the happy mom
what single moms need friends to know during...
to the mom who keeps going
2020 Mindset Goals
the lesson of the fallen Christmas tree
Home No Showers for the Weary the mom day where busy won
No Showers for the Weary

the mom day where busy won

Mom! You know this thing that I got and and and….

It’s my fabulous five year old Samuel who wandered around looking for me – who found me on the deck grilling turkey kabobs for dinner with the most crazy excitement to tell me something – I’m talking jumping up and down with glee excited.

Except, very humbly get this, this is what I said.

Why are you eating a popsicle right now? Isn’t it dinner time?

Let me rephrase that.

I totally cut him off from telling me his story.

And look at that cute face that was thrilled with life at the moment. 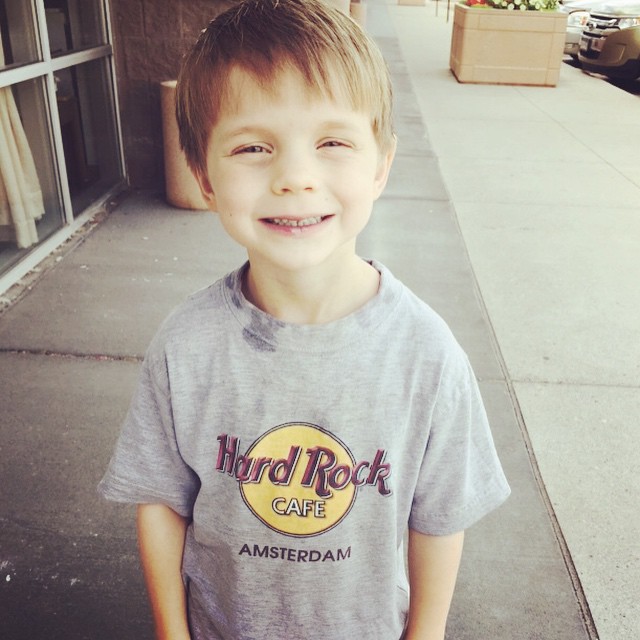 I saw the popsicle, realized that he didn’t ask and instead of pausing for just a moment to hear whatever was so awesome that he had to find me,  I instead interjected with frustration over the popsicle, the 45 cent popsicle from Target leaving drippy stains on his yellow shirt.

Here’s the hardest part – he never finished telling me what he came to find me.

He walked inside, threw the popsicle away and right now I have no clue what the story was about.

He walked away from me in that moment.

And, I, in a way taught him I was just a bit too busy or preoccupied.

Instead of listening and waiting and wanting to learn more my never ending to-do list and adherence to all the rules and all of that lost a moment with him.

Now, of course, we could all argue that he shouldn’t have been eating that bright red flavored snack at 5:40 pm, but that’s not the point. And we can all argue that there are legitimate times when we cannot not be busy. The point is it made me wonder.

It made me wonder how many times I do that throughout the day.

When they come looking for me and I’m too busy and shrug it off.

When they have a story and I’m half listening.

What happens when they learn that mom doesn’t have time for the story?

What happens when the busy overtakes the needed?

I don’t want busy to always win. I want moments like below. 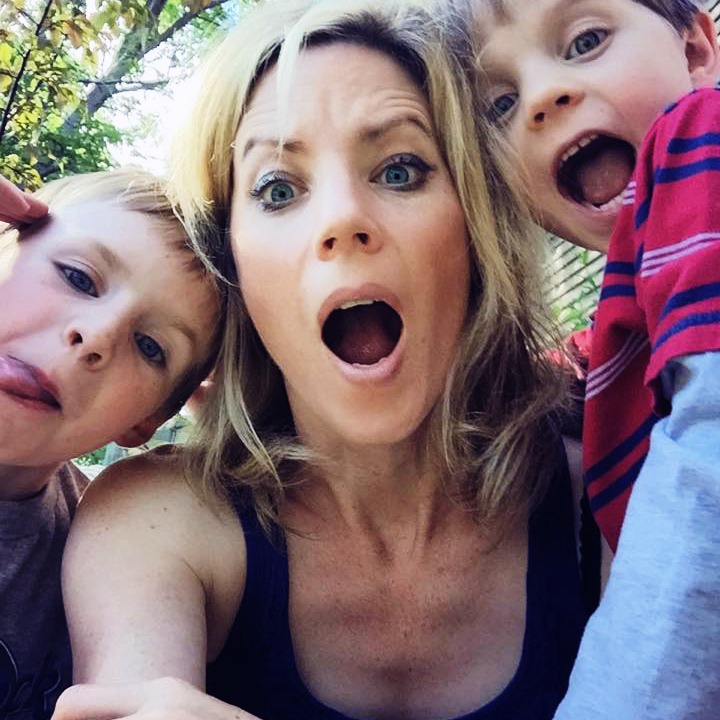 Now listen, this can’t be this guilting thing of motherhood.

Oh my word. No more embrace every moment stuff because truthfully my house would look like a bomb went off and they’d only have sugar cereal for dinner and my kids would be semi-entertained but I’d be worn. Worn worn worn out.  Don’t worry. I’m not about guilting us as moms because, honestly, we all have our fair share of that every time we scroll through Facebook somedays.

I just want us to be aware.

I think that’s it – in the most gentlest of ways – it’s being aware. Because you see what I do now trickles down to tomorrow which trickles to the next day which trickles down to the next day. Even if the story was about the bug on the wall or the fact that he was maybe even asking about that popsicle that he was enjoying. And I don’t even know why I lost the perspective in that moment. But I did.

We all want our kids to know that they are super important to us. Even if they take popsicles at dinnertime when they’re not supposed to.

So how do we balance all of this and the expectations and motherhood and making dinner and doing laundry and staying sane while in motherhood? Because honestly, again, so much of motherhood is dealing with work. Let’s go back to the popsicle. It represents work – talking about rules, using the Zout to get the red out, extra laundry, potentially a wrapper that didn’t make it to the trash, making dinner, hoping dinner is finished and on and on.

I know we don’t really talk about the frustrating parts that terribly much – the drawers dumped out after we put clothes in or the fact that the groceries are gone quick or the dealing with preteen stuff or enforcing media rules and all of it. But there’s a bunch. And in that stock pile, the Overstock of motherhood work, it’s sometimes easy to forget that the little people we love have stories to tell too and that often their stories interrupt our urgent in the moment.

So I share my too busy story with you as a reminder to sometimes set the agenda of busy down and to listen to those little ones so that they know you are there for them. Yes, there for them. Because trust me our kids will mess up. They will make mistakes – way bigger than a silly popsicle – and we need them to come to us and know that we will listen.

I asked Samuel what his story was about and he told me he didn’t remember.

Maybe this article will help us to all remember.

And yes, one more thing…not one ounce of guilt about all the times that you didn’t listen or you were too busy or all of that. We’re not going there. That doesn’t help us at all. Do you realize that? Mom guilt keeps us stuck in the same hamster wheel cycle of hoping that we don’t mess up and worrying about everything and it removes the moment that we have right now.

So do your best.

Sometimes you’ll be just like me and the popsicle will win out. And other times you’ll stop and see them.

The busy can wait. The busy doesn’t always have to win.

Their stories will change.

And I’m never too busy for that. 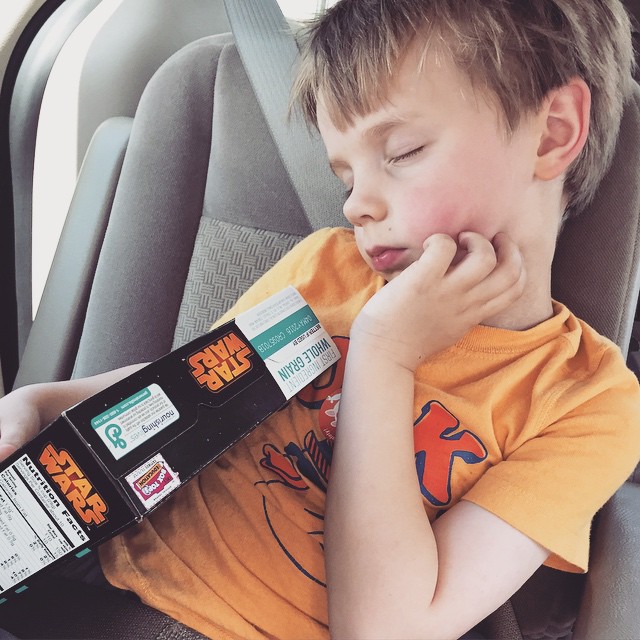 He’s so much more important than the busy.

Omg yes. This is me. Probably far more often than not. somehow, amidst my neurotic tendencies, I get hung up on the orderly, structuredness that I want: put toys away, is that marker on your face?, etc. I am guilty of putting the Popsicle first.

Thank you for the mantra: they are so much more important than the busy.