Latest Trends
dear sweet mom who feels like she is...
just do the dishes. please. the kids will...
to my kids – the raw truth of...
a mom that shows up
to the mom who lost her heart
i forgot how to be the happy mom
what single moms need friends to know during...
2020 Mindset Goals
to the mom who keeps going
the lesson of the fallen Christmas tree
Home onward brave mother the gift of being expected
onward brave mother

the gift of being expected

Today, at 1:48, I stopped designing graphics and answering emails, shut my computer, grabbed my gloves, my keys, threw my coat on and got in my freezing, and I mean freezing lovely Minnesota weather kind of cold, van. I backed out of the driveway still coated with this morning’s early snow, put the van in drive and started on the way to the primary school three minutes behind schedule.

The to-do list rolled in my head, Rachel Platten’s Fight Song on the radio and me moving forward. Showing up. For my guy waiting for me.

That would be my kindergartner, Samuel.

He expects me to show up. He needs me to remember at 1:45 to gather my stuff and to stop whatever urgent was on the radar and to replace it with him.  Same with my second and fourth graders that I drive to next. They stand on the edge of the curb scanning for me to come over, to wave to the principal, to smile and walk them to the van and to ask them how their day went and high-fiving them because it’s Friday. Which is, in a way, such a sigh of relief each week. I think I hear the Hallelujah Chorus in my head the second I pull in the driveway and they run inside.

Just so you know and don’t think my life is super glamorous that’s me today. None brushed hair holding it up in the moment where I try to find the bindie to get together before I run across the parking lot and tell the gal through the intercom Rachel Martin here for pickup. Because he expects me.

They expect us in the middle of the night when they cry mama I had a bad dream that we will then wake our weary selves up, pull off the covers and hug them. They expect dinners and lunches and snacks. They expect that when there’s a fight between them and their siblings – even if it’s for ridiculous things like one of them took the Wii remote with more battery charge – that we will be there. Negotiating. Loving. Fighting.

It’s a powerful thing to be expected.

It’s a powerful thing to be needed, too.

And I know it can be tiring. It’s not like any of us have the go immediately to go card. Or the pass to take a night off just because we’re tired. In fact, I think we’re expected to show up even more when we’re tired. Those are the nights that they expect so much and we give and give and give.

It is a gift to  be needed.

I know. Probably not what you need to hear when the toilet is overflowing or one is puking at 4am or the clothes in the washing machine were left there too long or when the teacher leaves you a note asking you to come in to the office or you just want it to be quiet. I know. I think that the heaviest parts of motherhood are also the parts of motherhood that are the most beautiful and brave. 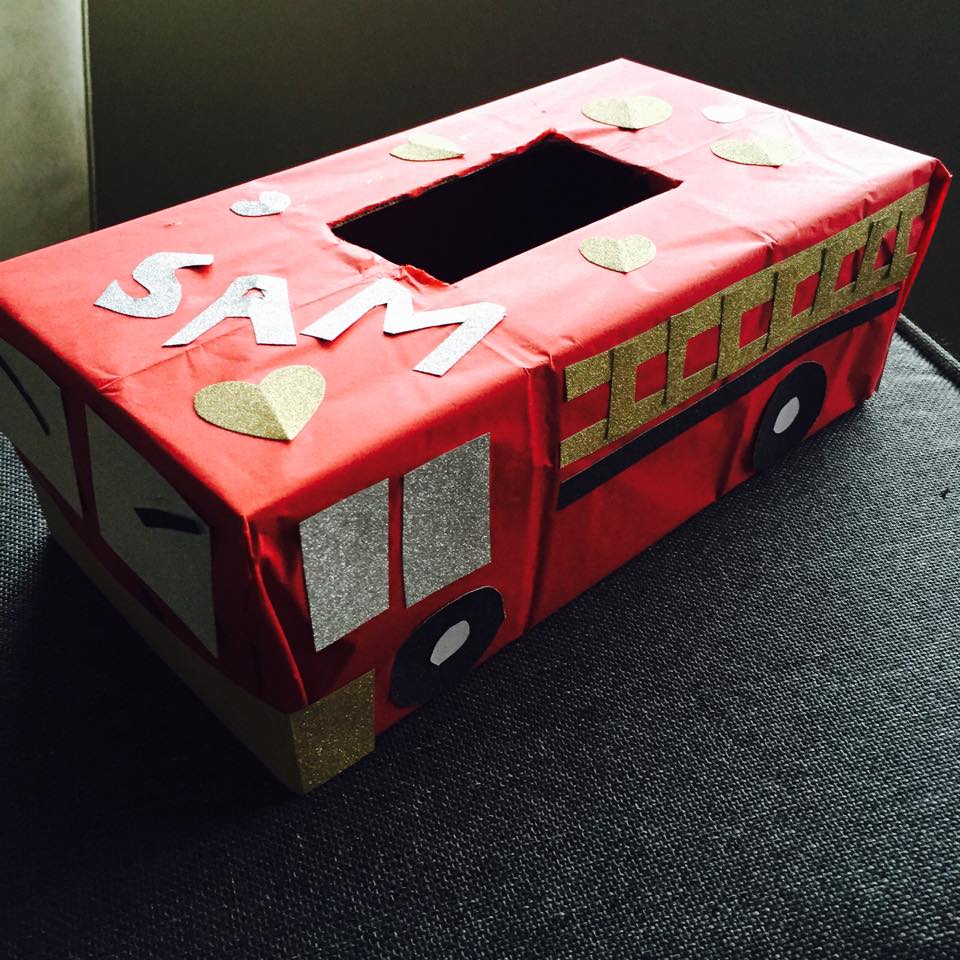 It’s in stopping the urgent to make Valentine’s Day boxes the day before the party.

It’s in smiling at 1:30am to the little with the bad dream.

It’s in waiting up for the teenager to return home.

It’s in watching flight tracker while your college student flies home (oh my I’ve done this).

It’s in talking to those teachers and working on all of that homework and setting rules.

It’s in working hard and staying up late so there is food on the table.

It’s in feeling alone sometimes and just needing a friend and still mothering.

It’s in being strong even when we feel weak.

You’re expected. They wait for you. They love you.

They know you will show up for them.

They know you will answer the phone, open the door, make sure they’re buckled, fold the laundry, get the stains out of a favorite shirt, read the books, help with homework, set media rules.  They know that you will wake for them and listen to them. They love us. Even when we mess up. Even when they hate us (because that will come). Even when we don’t know what to do next. Even when we feel like a mess.

They’re not scanning the crowd at school looking for perfection.

They just want their mom. 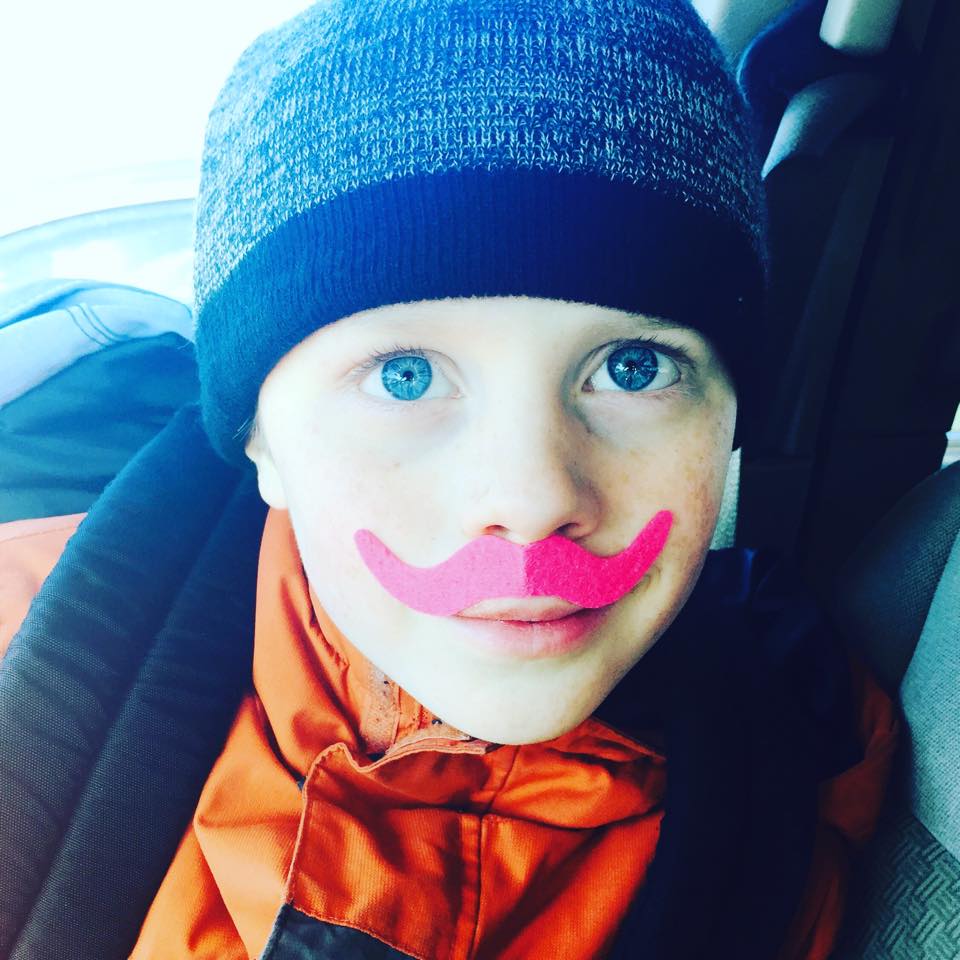 Motherhood is being on a full time 24 hour a day job for the rest of our lives in a way.

Being expected and needed is a most beautiful gift. Do you know why?

Because you, imperfect trying loving standing by them you, are their mom.

This was a great read! Once again, Thank you!

Thank you so very much, Jennifer

Beautiful! Thank you for that.

Thank you so much for the very much needed articles. I have just recently found. I came across a post on Facebook that a friend of mine had posted. I was at the point where I felt everything was out of control . I am a stay at home of 4 wonderful crazy children, 3 crazy dogs, and a husband. For the last few months I have felt like a horrible mother, and that there were not enough hours in the day. I did not want to end up like my mother but when I look back I have done my best not to….. I believe I am on the right track, and I guess that is the very best track for me to be on, and that I am not the only mother out there that feels like this. Again thank you so much for bringing me back to some sameness.

I needed this reminder today, feeling empty after a long week. Thank you for the perspective and for being there, in your way and in your words, in the times when the giving and the being there leaves me no time or energy to reach out for support – a little boost from you goes so far some days.

That is so kind, Cindy. Thank you and hugs and cheers on your next day of being expected.

I believe God works through us to deliver a message just when it is needed. Yesterday I felt overwhelmed. I feel like so much is expected of me. Having 2 boys age 3.9 and 8 in two different schools while being a full-time Educator is not an easy thing. I just screamed feeling I couldn’t have 5 minutes to myself to get organized.
Thank you for the message!

You are very welcome.

This is one of the best, insightful (and in my case, timely) piece I’ve read on parenting…and I’ve read a lot! Thank you! Tears are streaming right now!