on the outside I looked like I had it all together…

We’re going to chat about money. About hiding. About keeping up appearances. But really money. Because that is a giant space of hiding for well, probably not just me.

The space where I found myself, at one point, drowning in debt and because of the severity of it I felt helpless, hopeless and lost. I felt shame and sadness and unworthiness. And I felt fear. Bone crushing, soul stifling fear.

But you would have never known.

Because on the outside I looked like I had it put together.

I had the house with the front porch. I had flowers planted in the baskets on the front. I drove a Suburban and was active in church. My kids were well behaved and sometimes I would grill out back. My lawn was mowed or the driveway shoveled.

But I was dying on the inside.

Maybe not physically, but mentally every single day was a battle.

I dreaded the mailbox, despised the postman, felt shame when my card was declined, counted pennies to buy corn, the flowers were the ones they were going to throw out, the lawn mowing only made me feel like I was in control but I had to borrow a mower because mine was broken, the Suburban a gift that often would die after I started it and my home was my parents.

I was a master at keeping it a secret. A master at signing notices and dealing. Oh how I learned to deal. Tuck back the tears, put on a smile and make dinner. Or clean the laundry room. Folding clothes became my way of coping. If I could get them neatly folded and stacked and put away I would stand back and feel control. Pride. It was a way of dealing – seeing those shirts sorted by color without a wrinkle in them. And then when the kids would rummage through them I’d feel frustration, loss, like I didn’t matter – but it wasn’t them – it was the loss of control. To see those perfectly folded clothes strewn on the floor was like looking at my life – no money, no control, no voice.

I convinced myself I couldn’t fix the money. I couldn’t solve it. It wasn’t my job.

Until I decided to be brave. 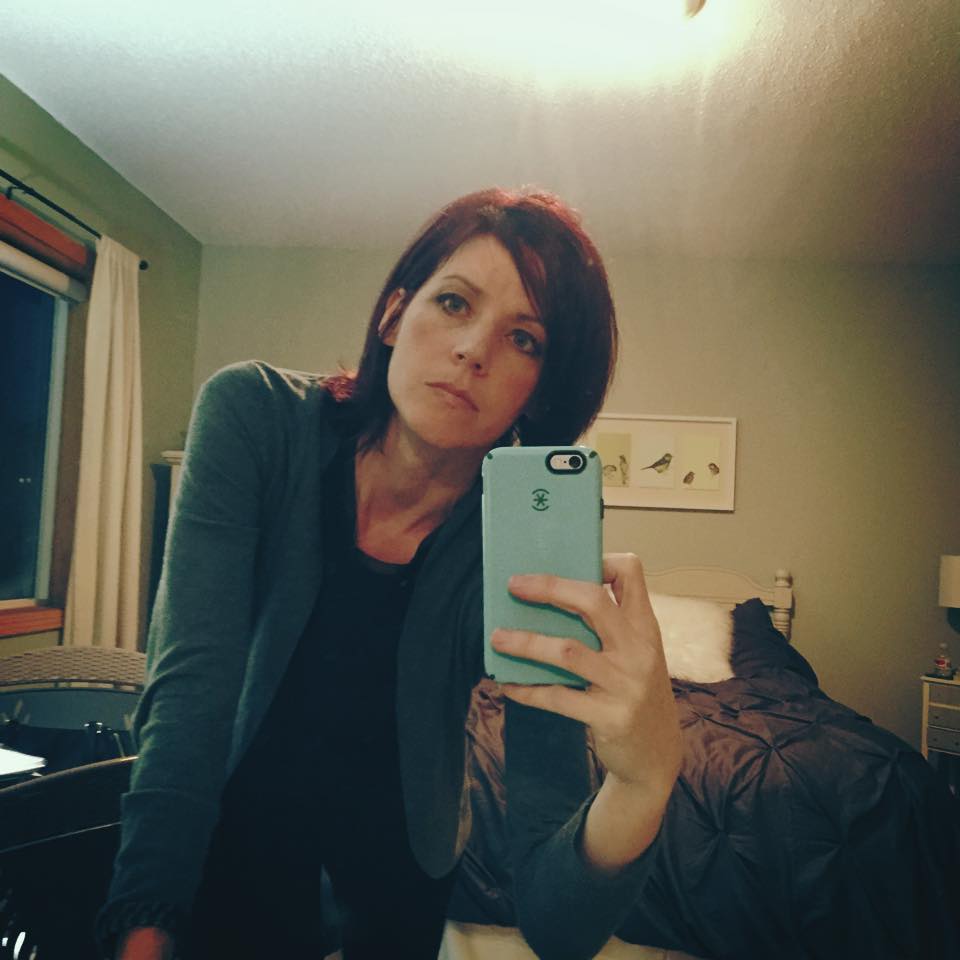 Until I decided enough.

Until I decided I wanted to be friends with the postman and not afraid of him.

Until I decided I wanted to buy groceries without counting every penny.

Until I decided to disrupt my life and break the illusion of comfortable.

Until I decided that every plate I was spinning could crash to the ground and everyone would notice but that my heart and my kids’ lives was more important than looking like I had it together.

I could decide which plate to pick up. And which would stay there, on the ground. I knew the battle to fight.

And so I will write about money. I will tell you that you can fix your financial situation. I want you to know you are not alone. You are not the only one hiding or dealing with shame. But that you do not need to feel shame one more day. Not one more. All shame does is keep you bound to the past. And you have today. You have this moment, just like I did when you can decide that for all the times you muttered it doesn’t matter that it does, in fact matter.

No one can make you change your mind except you.

And you are worth it.

So do one thing.

You are worth reclaiming that inch of today.

About face in your own life. Run a credit repot. Figure out the battle. Sell something. Call a creditor. Work an extra hour. Change your mindset from no longer lacking to abounding. The only way to solve a money issue is to deal with the money issue. I tried avoiding it, I tried hiding, I tried delegating it, I tried….but the only thing that changed it was when I decided that poverty, collectors, debt wasn’t my story.

I changed the narrative.

Listen, I believe in you. I believe in you so much that I’m willing to share with you my financial story. An open book. Where there once was shame I now find freedom. It wasn’t a two month, three steps a day for twenty minute program. It was bravery. A warrior tucked within fear where I decided enough. I went from hiding about my financial situation to sitting on the set of The Today Show telling the world about how I found freedom. Do you know why?

Because I believe that hearing that story, that story of my hiding to freedom has the ability to spark bravery in you. Yes, you. No matter how deep a hole you start in you can climb out.

Sister, you are worth it.

You are worthy, valuable and enough. And you can change your tomorrow. But it starts with today.

Don’t let anyone convince you that you are stuck.

You can do this.

Trust me, I believe in you.

who went through bankruptcy, judgments and found herself on the other side with freedom and no shame.

Thank you for this. I am in a hole of debt and struggling to find the light in this situation. Trying to find my way out. But you reminded me of something very important… changing your mindset from “no longer lacking to abounding”. Thank you so much!