Latest Trends
dear sweet mom who feels like she is...
just do the dishes. please. the kids will...
to my kids – the raw truth of...
a mom that shows up
to the mom who lost her heart
i forgot how to be the happy mom
what single moms need friends to know during...
to the mom who keeps going
2020 Mindset Goals
the lesson of the fallen Christmas tree
Home motherhood those letting go days of motherhood. why moms are truly brave.
motherhoodperspective

those letting go days of motherhood. why moms are truly brave. 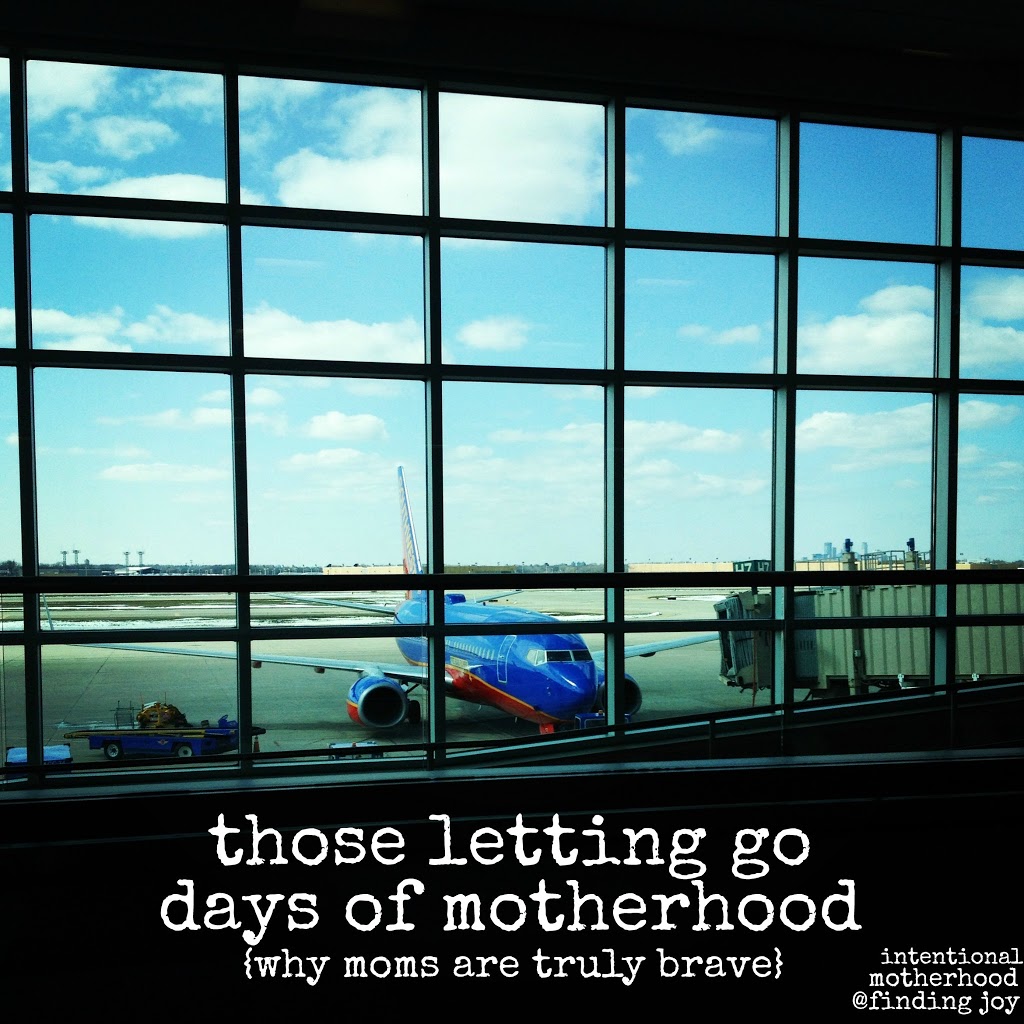 And then they were gone.

It was months in anticipation. Months of planning, skypes, excitement, and even last minute in the snow shopping trips to the Mall of America in late April. Which, in case you were interested, really does have an entire amusement park with roller coasters inside. And now, yesterday, after packing bags that were almost too heavy, I drove to the airport, went through security, drank some coffee, and then watched my two oldest daughters get on a plane and fly away.

That’s what I want. I want them to be brave and to explore the world and to follow their dreams.

Even though the mothering part of me wonders how in the world it went so fast.  No longer am I dropping them off at preschool and wandering back to the car with tears in my eyes but now I’m watching them take off in a 737 and I’m standing in the terminal with tears in my eyes. They need to do that. It’s that growing up, I trust you, I believe in your dreams, you are amazing, and you need to be brave things that we as mothers must do. 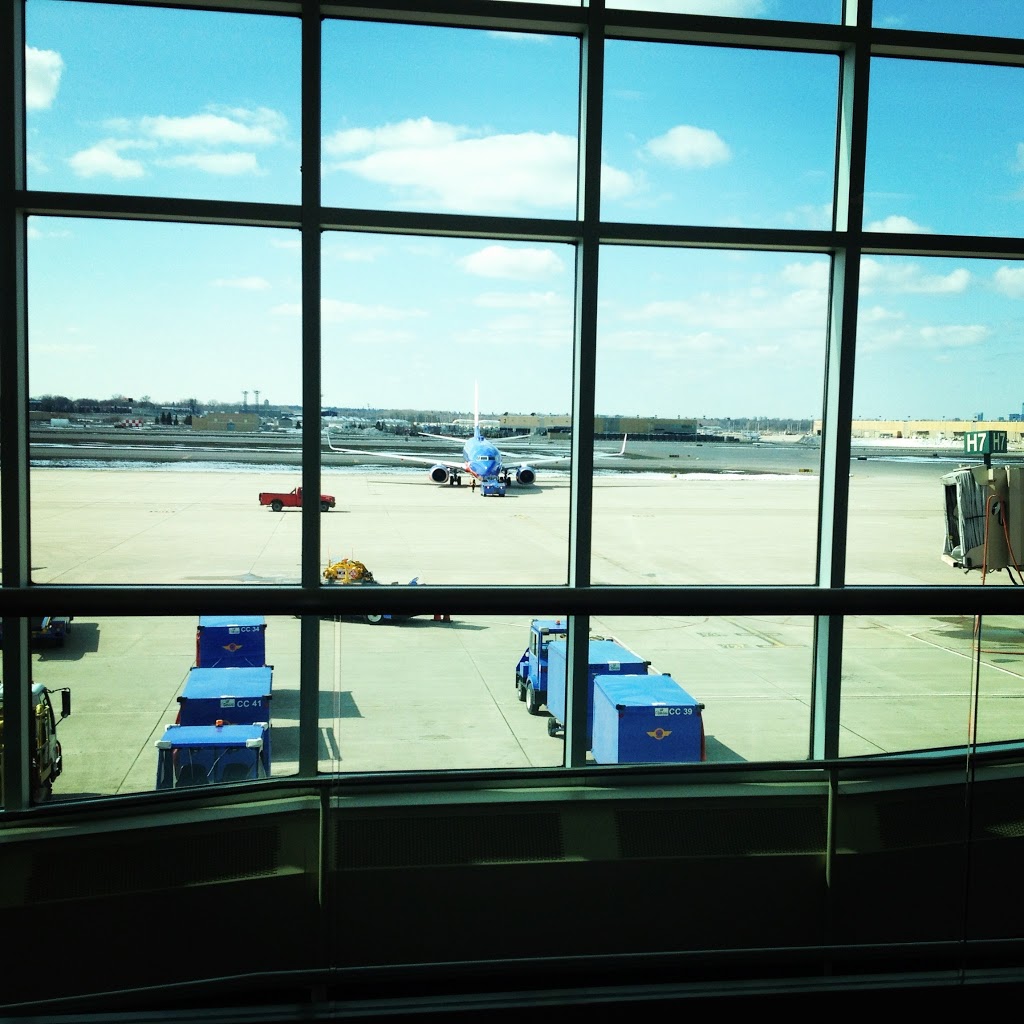 It simply goes so fast.

Instead of working with basic math facts I’m watching flight tracker waiting for that fabulous text stating that “I’m here!” Sometimes I’ll look back and the years spent mothering them and I’ll immediately see all the mistakes and things I wish I had done and not see all the brave moments. I’ll worry about the fact that we never went to Disney World or that we stopped these classes or I’ll wish I had been more intentional or played more games or all of that stuff that us mothers worry about. I’ll think about those things and miss the little things.

Intentional parenting is really not about spending every single second with your children. It’s not providing them something to do and having days so structured that they move from event to event to event. In some ways, parenting with an intentional heart is this understanding that you are slowly letting them go. It’s knowing that they must have opportunities to grow up, to learn, and to be deliberate in their thinking. It’s being brave and bold even though sometimes we just feel like it’s normal.

And mixed in that is this deep understanding that each day you’re given is a gift. That’s the heart posture. Each day might not be amazing – because honestly looking back at the stream of parenting years I’d have to admit that most days were just days – but even with that each day is a gift. Life is a gift. 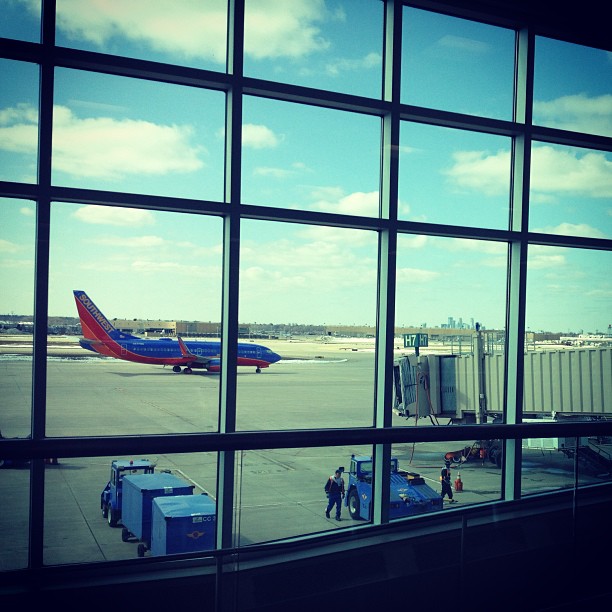 So as I cheered when I heard that the plane landed I also cheered for myself. For the courage as a mother to let them go, to believe in them, to give grace, and to keep moving. And just like yesterday, I cheer you.

You may be just like me years ago sitting in the car as your three year old is dropped off at his class. That is brave. It’s brave to let them go and let them grow. That matters. It’s brave to decide to do each day well and to learn from the past but not let it cloud today. It’s brave to get down on your knees and look in the eight year old’s eyes and to tell them that you love them no matter what even after the hardest day ever. It’s brave to look a pediatrician in the eyes and to ask him what’s next. It’s brave to stand behind the bathroom door, to brush the tears away, and to try once again.  It’s brave to just keep going even when you’re tired, weary, and honestly just a bit tired of pouring cereal and milk.

Pouring cereal and milk? Don’t overlook that. That’s the fabric of motherhood. You start pouring it for them, then you teach them, then they do it on their own, and then you don’t worry about them getting it because you’ve taught them how. A simple analogy, but the truth.

Now today, today as you bravely put one foot in front of the other and move forward remember that all those little things – the teaching of how to button the coat or how to run the laundry or picking up the toys or saying the please and thank you’s or how to drive – all of those things build up together and empower your kids. They matter. They are the things that gives your kids the courage to scan their ticket and walk away from their mother standing in the corner with tears in her eyes and walk down a jetbridge onto a plane. 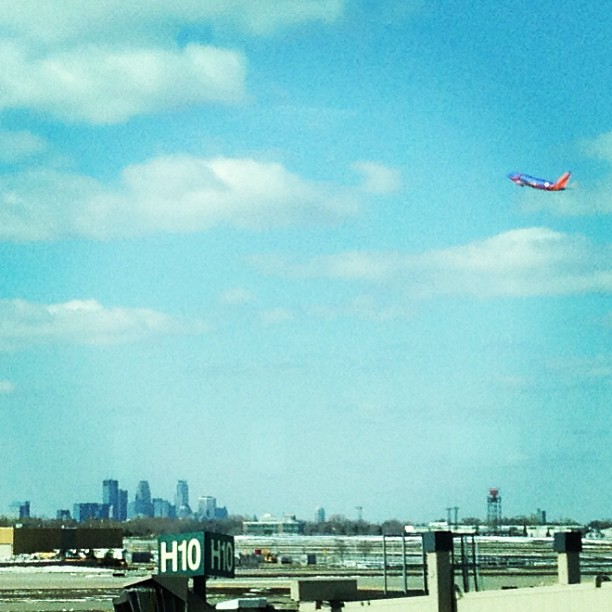 I brushed my tears and watched the plane holding just a bit of my heart take off into the sky. 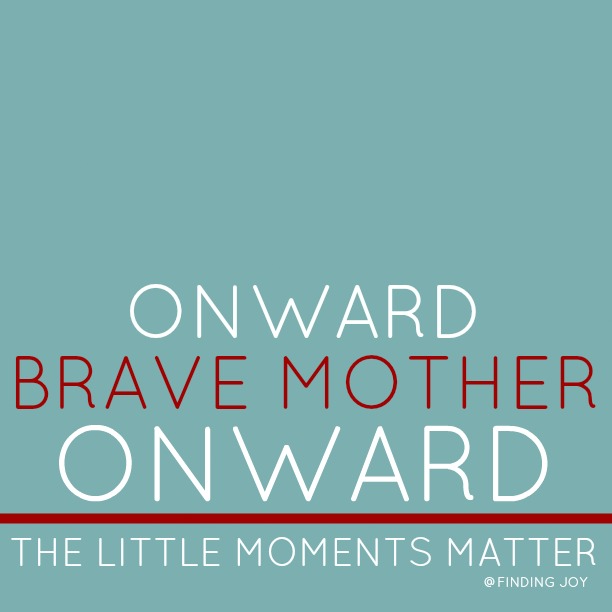 Images and original content are sole property of Rachel Martin and may not be used, copied or transmitted without prior written consent.
0
FacebookTwitterPinterestRedditEmail

Thank you for the reminder. it is indeed bittersweet to watch children grow and become independent – moving further away from you in one way but better able to negotiate the world because of you.

I just wanted to tell you that I love your blog. I feel like you’re writing about me so much of the time. Just last night I sent my 16 year old son off to a job fair. All dressed up. Resume in hand. Driving himself. (Where was I needed in this picture?) As he left I told him that I was proud of him but that it was just so weird that he’s gotten so old somehow. I told him I thought that he was pretty darn awesome.
Oh …and that flying off somewhere on their own … my son has done that too … so very weird! (I was so proud that he had absolutely no fear of traveling on his own though!)
Thanks for all of your wonderful insights!
FYI … I live in Minnesota too. I’m in Eden Prairie.

Your post are always so timely for me. I love God’s timing. Today my youngest turns 8 and I have to be brave and embrace it.

I shared your link with this comment as my fb post:
‘How appropriate for me today as my baby turns 8. I had the thought early this morning, ‘she shouldn’t be 8 yet.’ And, then quickly had the reverse thought. God intends for her to grow and my job is to help her learn to fly on her own. S…elfishly I do not want the time to pass so fast, but I know God has a purpose for her and I’d be interferring to truly wish anything different. So, I must be brave and be thankful for this day. She’s healthy, has a beautiful heart and is God’s child in training. Happy Birthday to our sweet Madeline.’

How beautiful. One of our hardest but most important lessons as parents…letting go. Letting them be brave and strong and face the world, even though we want to hold them a little longer and protect them from it. I have this quote hanging in my kitchen, “It is not what you do for your children, but what you have taught them to do for themselves, that will make them successful human beings.” Good job being brave, sweet mom!

Thank you for this post. This is a good reminder for me with my 5 kids. Life can move so fast, I can forget what is most important.

Can’t believe they let you through security! Any airport I’ve been to dropping people off I could never go that far. Only passengers get through. Have 5 who’ve more than gone on a trip, but have left the nest. Can’t begin to understand where the time’s gone!
What words of comfort! Praying!
Revelation 21:1-4 And I saw a new heaven and a new earth: for the first heaven and the first earth were passed away; and there was no more sea. And I John saw the holy city, new Jerusalem, coming down from God out of heaven, prepared as a bride adorned for her husband. And I heard a great voice out of heaven saying, Behold, the tabernacle of God is with men, and he will dwell with them, and they shall be his people, and God himself shall be with them, and be their God. And God shall wipe away all tears from their eyes; and there shall be no more death, neither sorrow, nor crying, neither shall there be any more pain: for the former things are passed away.
My email address

I sent this to my own mother, who, about 9 years ago took me to the airport where I got on a plane to fly to France where I would be living for the next 9 months. It was a scary and exciting moment for us both in different ways, but this post reminded us both of how important our relationship is, even now that I’m almost 30.

I needed this today–at 6, 4, & 1 we are right in the middle of the early letting-go’s and it all gets a little heady amid pouring cereal and sweeping crumbs sometimes. Thank you!

I’m still learning. Sometimes it’s with grace and acceptance and then….not. But what a blessing to see them follow their hearts and dreams. Your sharing is raw. Real. Encouraging. Thank you.

Blessings to you, Brave Mother.
Tamara

This hit so close to my heart. My 16 year old son went on a missions trip to Nicaragua for two weeks this summer. I felt every word that you shared. Thanks sweet, brave Mom!