Latest Trends
dear sweet mom who feels like she is...
just do the dishes. please. the kids will...
to my kids – the raw truth of...
a mom that shows up
to the mom who lost her heart
i forgot how to be the happy mom
what single moms need friends to know during...
to the mom who keeps going
2020 Mindset Goals
the lesson of the fallen Christmas tree
Home Family I have this big boy….
FamilySamuel

I have this big boy….

Now, it just sits vacant in the corner .

Samuel has decided he’s now big. And in being big he wants to sit at the bench and eat with the big boys. He calls them all bwo-thers. 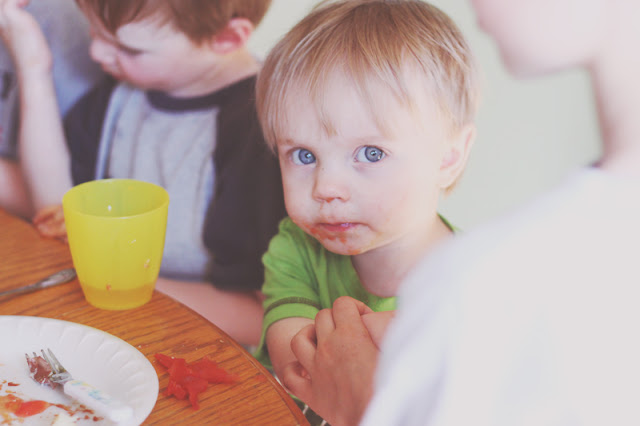 {yes, sometimes we use paper plates…}

I kind of wish he didn’t want to grow up so fast. But, he watches them and wants to be just like them. That highchair? According to him it has no place in our kitchen anymore. 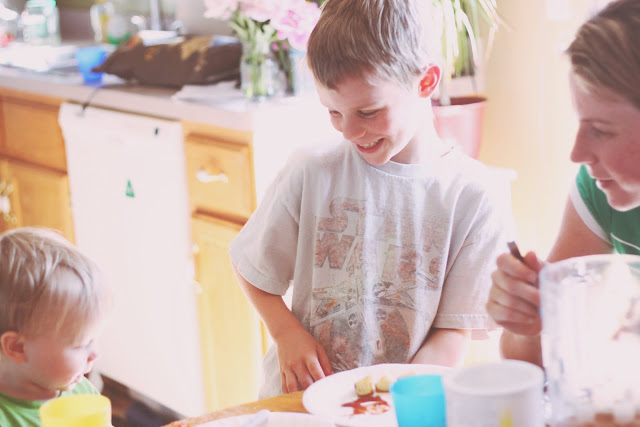 So he sits at the table where his oldest brother, Brennan, loves to take care of him. He lets Samuel know just how proud he is of him — and won’t let those stained hands touch his cool Star Wars shirt. 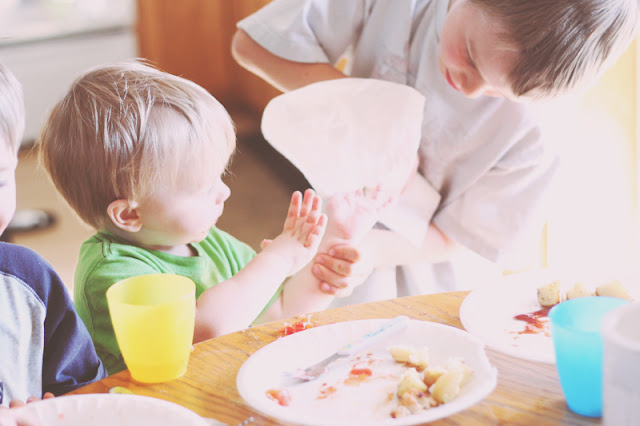 So now we let him sit on the bench. 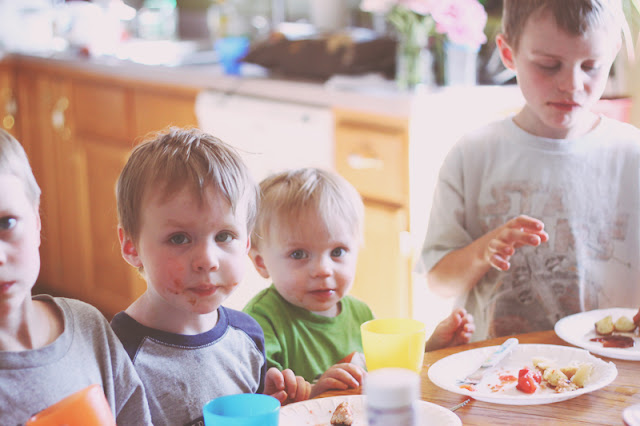 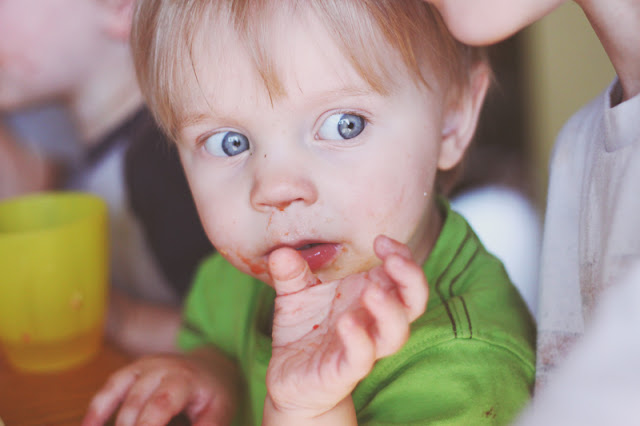 With a very-very-very messy face.

Curious about dinner?  It was barbequed chicken on the grill, quartered baby-red potatoes tossed with olive oil, dill and garlic and then roasted, and grilled roma tomatoes dusted with parmesan cheese.

Awe! They grow up too fast but it’s so fun to watch 🙂

Samuel looks so cute sitting at the table next to his big brothers!

I love the picture of the big boys on the bench! Too precious!

So sweet! And when can I come over for dinner? Sounds yummy! : )

Nooo!! He’s way too little, breaks my heart when you know it’s the last time for anything with your baby. I still remember the day I moved from my high chair to my big girl chair.

No wonder why I had Martin dreams… My subconscious knew what you ate for dinner and wanted some! Do you think I’m a nut, yet?! ; )

The pictures of Samuel on the bench next to the big brothers is so bittersweet. Your baby is turning into a sweet boy. Awwwhhh!

Look at that sweet big boy!!! I love the picture of the four boys together at the table.

Did you save me some leftovers?

I can relate…the younger siblings always seem to grow up faster, don’t they? The bright side…maybe you can sell that chair for $25 🙂

I love the picture of all 4 boys on the bench!

Can I come to your house for dinner tonight? YUM!

My Joshua has determined that he’s a big boy now, too. He refuses to drink anything from a sippy cup anymore, and won’t eat anything without a fork or spoon – not even finger food!

So sweet! And love that messy face and sticky fingers! Too cute!

He is just such a cutie. Such sparkly eyes!

It’s so hard when they grow up to “big boy” status. But he’s still so cute!

He’s so very lucky to have big brothers who enjoy having him as their shadow. They are all adorable.

I love watching kids grow up… such a bitter sweet… 🙂

Seeing so many Samuel pages really made my day!
Praying right now!
Psalms 4:1, 3 Hear me when I call, O God of my righteousness: thou hast enlarged me when I was in distress; have mercy upon me, and hear my prayer. (3) But know that the LORD hath set apart him that is godly for himself: the LORD will hear when I call unto him.
Prayer Bears
My email address

Love that sweet picture of your boys on the bench together — our 2yo has seemed to grow up faster too – outgrew her sippy cup long ago, potty trained super-fast, and wants to be with the big kids all the time.

You know what this means, don’t you, Rachel? We should be thinking about #8 🙂

We use paper plates just about every night =)

The 2nd to last picture should be framed. too cute

Actually, all your pictures and Hannah’s are beautiful and always seem to capture the moment just right.

I have an empty highchair sitting there waiting for someone, anyone to sit in it. Granton, our nearly 3 yr old abandoned it some time ago. We also have a bench where he sits, like a big boy, now. He is normally squished in between his two adoring sisters.