Latest Trends
dear sweet mom who feels like she is...
just do the dishes. please. the kids will...
to my kids – the raw truth of...
a mom that shows up
to the mom who lost her heart
i forgot how to be the happy mom
what single moms need friends to know during...
2020 Mindset Goals
to the mom who keeps going
the lesson of the fallen Christmas tree
Home onward brave mother how clearing clutter made me a better mom
onward brave mother

how clearing clutter made me a better mom

Over the past year I purged over 70% of everything I owned.

Yes. It might even be more, but most of it.

For years I managed stuff. I didn’t think of it as managing, but it really was this complicated system of managing things and keeping it put away and sorted. There were boxes, labeled, and full of stuff that I might someday need. There were memory boxes, toys, books, kitchen gadgets, tools, gardening stuff and on and on and on.

I didn’t think of it as clutter.

But it was, plain and simple, clutter.

Instead of spending time on things I loved I was spending time, on what I thought was most important, managing the clutter so that everything was ordered.

The clutter of stuff preoccupied my mind. Target would put storage bins on sale and I’d think that I needed new ones to sort the stuff and make it look better. Instead of getting rid of games and Christmas I’d add to the existing ones. And on and on. So my garage became a storage room of stuff that needed to get to Good Will.

It was robbing me of my motherhood time.

I know that seems extreme, but it was. And then I bought the life changing magic of tidying up (affiliate link) and started the journey of changing my life. I didn’t know how much mental energy was spent taking care of clutter. I didn’t want certain doors opened if friends came over, dressers were bursting with shirts so when laundry was done it was a chore to put it away, there were more books than could be read. And I was mentally exhausted.

It was challenging in the beginning to get rid of things.

What about the memories? And a deeper part of me was afraid of letting go for fear that I couldn’t replace what I got rid of. So letting go was, in some ways, a trusting of abundance in life.

What I didn’t realize was how letting go and being willing to part with stuff allowed me to become a better me and a better mom . As bags filled and van loads left the weight on my heart and my agenda lightened. And, sweet mom, I mean lightened. Instead of wondering about getting rid of stuff now I actively looked for more to let go of. 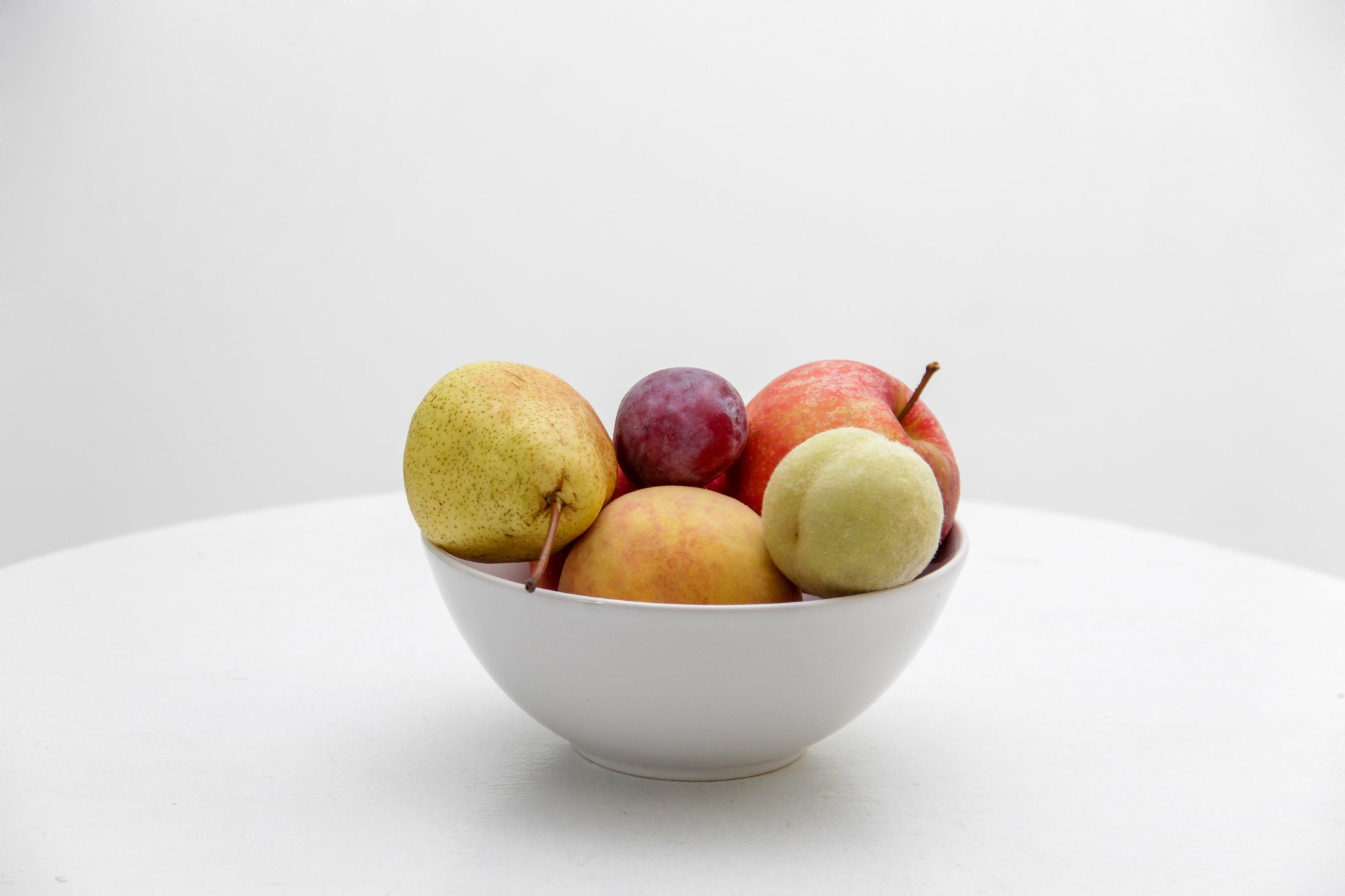 Now I could put clothes away easily. Now my kids didn’t throw all the clothes on the floor. There were less dishes. Bikes put away easily. Homework had a spot. Books we loved.

And spaces for my eyes to rest.

It helped my anxiety, helped ease my mind.

I always knew less was more, but until I lived it?

I didn’t believe how true it was.

So how about you?

Do you need to clear clutter? Are you afraid of it? Or have you done this journey?

ps. And I do not think there is a guideline for clutter — it really is a house to house, family to family coming to grips with how much is enough.

psss. And if you want more — you can read about my journey with the Konmari method of decluttering and sign up for emails that will guide you through my own get rid of stuff journey. Here’s the intro post to get on the email -> the tidying up letting go challenge.

I wish I could just begin this process… I feel like I’m suffocating. And my motherhood is being stolen because right this minute I’m inside trying to manage the messes when I want to be outside playing with my boys.

Jami – you are not alone. The clutter not only steals my time from my boys, but has turned me into a yeller. I H A T E being late…but the clutter makes it hard for anyone to get out of the door on time.

We are about to move to a new, bigger house. And I desperately want to only take 40-50% of our stuff with us. With 8 kids still at home, I feel overwhelmed with doing it all. I need to start packing, but I don’t want to pack all the cr*p.

when all the clothes are washed, have the children sort into piles what they like (and fits), what no longer fits (give away), and stuff to throw away.

If only you could replace the word “mother” with the word “father”, then this would be a good article. It’s to bad you feel as if men are not even part of the parenting team.

Bill, sure there are fathers out there doing this job (purging, decluttering, keeping up with clothes and school supply kids need). But Im afraid to say that most fathers are not very concerned about it. Or, worse, they dont even think this is an issue. Sometimes being a woman is a curse – I wanted to have the blind eye some men have for house stuff. Fathers a re usually up to the education team, but id say the majority has never been to the pediatrician office or has zero idea of clothes and shoes sizes, much less of clutter a family collects just by living. If you are doing this decluttering jog, Bill, let me congratulate you. You should be an example.

Confession: I accidentally dropped a crystal Easter bowl that I store and get out each year at this time. It was one of the few things I got from my grandmother, but I don’t have any memories of it other than getting it given to me after her death. But I dutifully store and show, store and show. The moment I dropped it and it shattered into too many pieces to ever glue, I felt, relief. Then of course regret, frustration, sadness. But that moment of relief is sticking with me, and making me realize I should be willing to part with much more (before it is broken!). That tidying book is amazing. I also agree with this excellent blog – I am spending time getting out and storing things that don’t give me joy. I need to stop.

Ive been decluttering with FlyLady (flylady.net) for a few years now. For the past 2 or 3 years I have struggled to keep the clutter away (because of personal issues), but now im back on my feet. It is so relieving to put one bag of trash to the bin, and have two other ones of good toys to be donated bc they are no long useful in my house. I started with the toys, but i will move around the house and go over clothes, bins, documents. It is not THAT much, since everytime I move to a different house (quite often), I end up tossing some stuff (bonus of moving too much – there s no much of collecting). Last week I just switched how some of our books were organized on the bookshelf and got surprised: now my eyes have neat clear space to stare and rest. There is too much at eye level to be thrown, put away or donated. It doesnt require a whole month of intensive labour. You can do it little bu little, 15 min a day. If Konmari is not for you, maybe FlyLady is. Or some other methods, there are plenty. But we have to let go of what doesnt bring joy, what doesnt fit, the things we cling to “just in case”. Im no expert. But im at peace with the method I chose, and Im as happy as rachel, letting things go. congrats, rachel.

How do you deal with mementos and what not? I keep reading about less is better and I try in different ways…like this weekend I went thru the kids toys and organized and gave away of some and threw away others but it wasn’t a huge dent. But I feel like I’m buried in papers and things my kids bring home from school but I don’t know how to handle them. The bins are already full from just a couple years. I was thinking about making yearly picture books for the kids but I don’t know.

I started to go through them thinking “if I was an adult which thing in here would really matter to me?” and it gave clarity. I keep one folder/file of school work each year for the kids. Twelve file folders, pictures, and scrapbook stuff. I hope by the time they grow older they each have one bin of stuff.

I just throw 99.9% of my kids schoolwork away. Seriously, they won’t care. At all. I have enthusiastic artists but they can generate the same stuff tomorrow as they generated today :-).

I scan everything. I keep a few that I think are exceptional, or have a story to go with them (and frame some). Because everything else is scanned, I can use it as a screensaver, or print photos if I ever want to (but I never have). Because I’ve framed some, my kids know I think their work is worthy of display & they don’t ask about the rest (scanned and tossed).

If the school work is special, you can do two things. 1) make a snapshot to keep, 2) a shadow box to display on wall and replace as something new comes in. My daughter does this. The kids are proud to see their stuff displayed on the wall like artwork that it is.
Either way, keep things moving only saving what is really worth saving. Papers stress me more than anything. It’s easy to me to purge clothes, shoes, unused gadgets, useless no longer needed stuff. But papers can also be scanned on your laptop. I confess I have a full 4 drawer file cabinet. I purge at times when I’m motivated. Note on front of folder with date purged. Helps keep room in the cabinet.