Latest Trends
dear sweet mom who feels like she is...
just do the dishes. please. the kids will...
to my kids – the raw truth of...
a mom that shows up
to the mom who lost her heart
i forgot how to be the happy mom
what single moms need friends to know during...
2020 Mindset Goals
to the mom who keeps going
the lesson of the fallen Christmas tree
Home No Showers for the Weary counting the minutes until bedtime days
No Showers for the Weary

counting the minutes until bedtime days

Tonight I lost it.

Well, kind of in the you all go to bed and let me be kind of way.

Over the remote. The lost remote to the DVD/Blu-Ray/Online player.

In some ways I’m really embarrassed. But in other ways I’m not. I’m not because sometimes we just shove under the perfect Pottery Barn rug of mothering that there are days that simply wear us out – where we have had enough. And tonight was that day. For real.

I know it’s just a remote. A stupid piece of plastic that controls an electronic thing that was the link between me and watching The Voice with my kids. But you see, it wasn’t just that, it was that I felt unimportant as a mom. I felt like if my kids really loved me they would put the remote back in the $3 wire basket that I purchased at Target with the point of always putting things back. I thought I made it easy for them, you know? I mean how hard is it to put it back where it started?

Well, truthfully, right before that I found a couple wrappers on the ground, the pillows thrown from the couch and Cheetohs (gasp, yes I bought them) crushed on the floor that I vacuumed this morning while they were at school. And earlier in the day the kids were fighting over a, b, c, all the way to z it felt. Silly things. And this was the morning where 7 minutes before we were to walk out the door my 4th grader informed me that he couldn’t find his blue writing notebook which had in it his rough draft that was due today. Oh yes, and more stuff, but, you know? I know you could probably insert anything from your own frustrating day to complete my story. 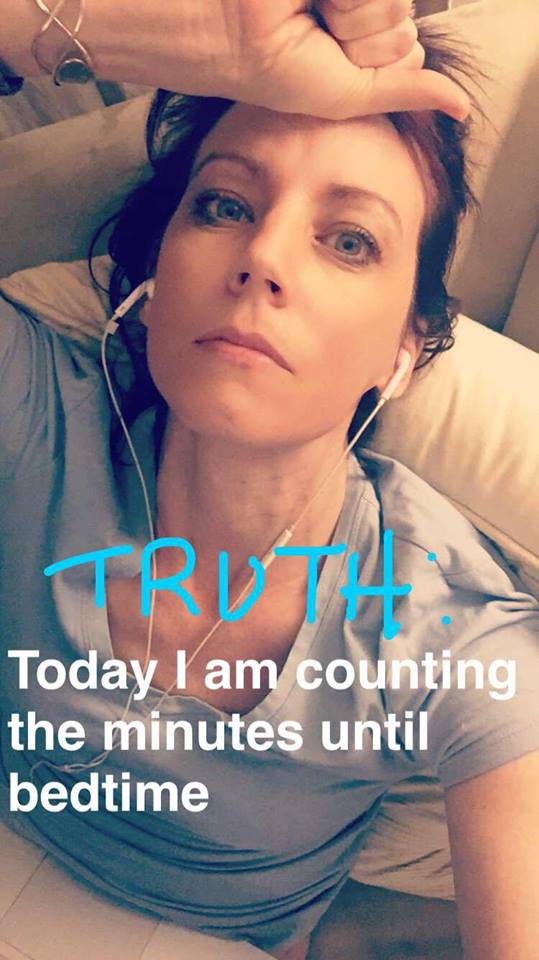 Sometimes being a mom is simply frustrating beyond belief.

Sometimes I want to step out of that house and run away. Just for a bit. Just to get a point across.

(But I’d probably get in the car and drive to Starbucks and get a latte and drive back.)

When did I equate being a mom and them loving me with all of that stuff?

Isn’t motherhood about dealing with frustration like that and days that make you want to pull your hair out? Isn’t motherhood about finding wrappers and teaching them to pick them up and throw them away? Isn’t it about dealing with kids fighting together and talking about how we get along as a family? Isn’t it about working feverishly behind the scenes trying to get bills paid and food on the table and laundry folded?

I think I just get really really tired. Really tired of the same old thing.

Telling them to put the remote back and still not finding it there. I’m sure one of them was looking in it for batteries for the Wii remotes (which now have lost their backs because of the constant battery shifting) or something. But, sigh, after a long day of frustrating things that started at 6:27 am I think at 7:46 pm I had enough.

Do you guys love me? 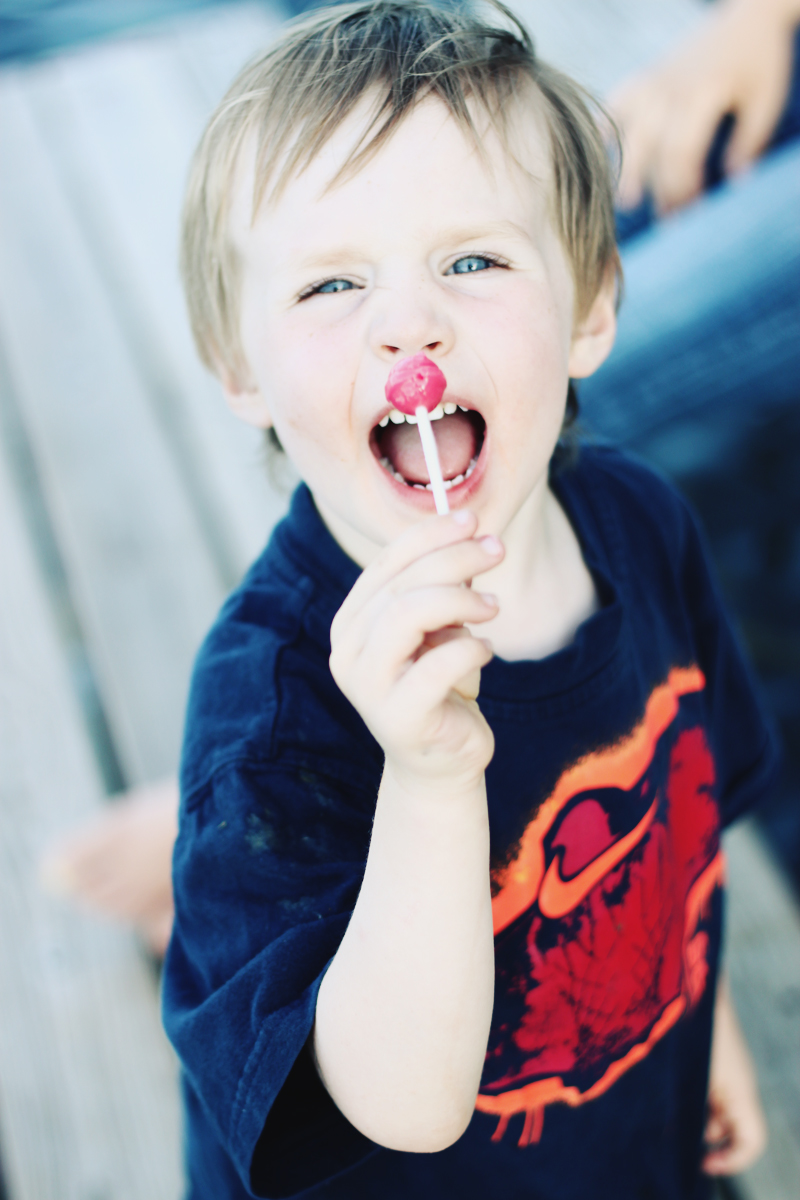 That’s what I said to those three boys who were waiting.

Motherhood is a whole bunch of showing up for craziness.

We want our kids to be tenacious and go-getters and fighters and independent thinkers and then, then in the moments where they exercise that soul part of themselves we wonder why it can’t be easier. We want them to pursue their dreams and to learn to be brave. We want them to learn responsibilities.

What I dealt with tonight?

Motherhood is a whole bunch of not easy moments.

In fact, I am learning to realize that days like today, while annoying and frustrating and aggravating, are actually the most normal days of motherhood. No where was there a qualification that our kids ONLY  love us if they are perfect. Their love isn’t demonstrated by wrappers left on the floor or by lost remotes or all of that. They just love us despite all of that stuff.

They will look back and love us because we cared enough to keep on pushing on our worst and most frustrating days. They will tell stories of I’m surprised my mom didn’t run away because we were crazy to their friends. And one day, they will be proud of us.

Because we stick it out on these days when we count the minutes to bedtime.

So here I am writing now. Watching The Voice on my computer instead of the television. Hugged my kids. Offered $10 in reward money to the individual who finds that pesky remote. Said goodnight to them. And learning to try again and again and not being so unbelievably surprised when a frustrating run away feeling day happens.

I don’t really want to run away.

I just wanted to breath, a break, just for a moment. I just needed a moment of perspective to realize that feeling frustrated and overwhelmed and all of that means that I am doing my job as a mom. I’m working to raise kids. 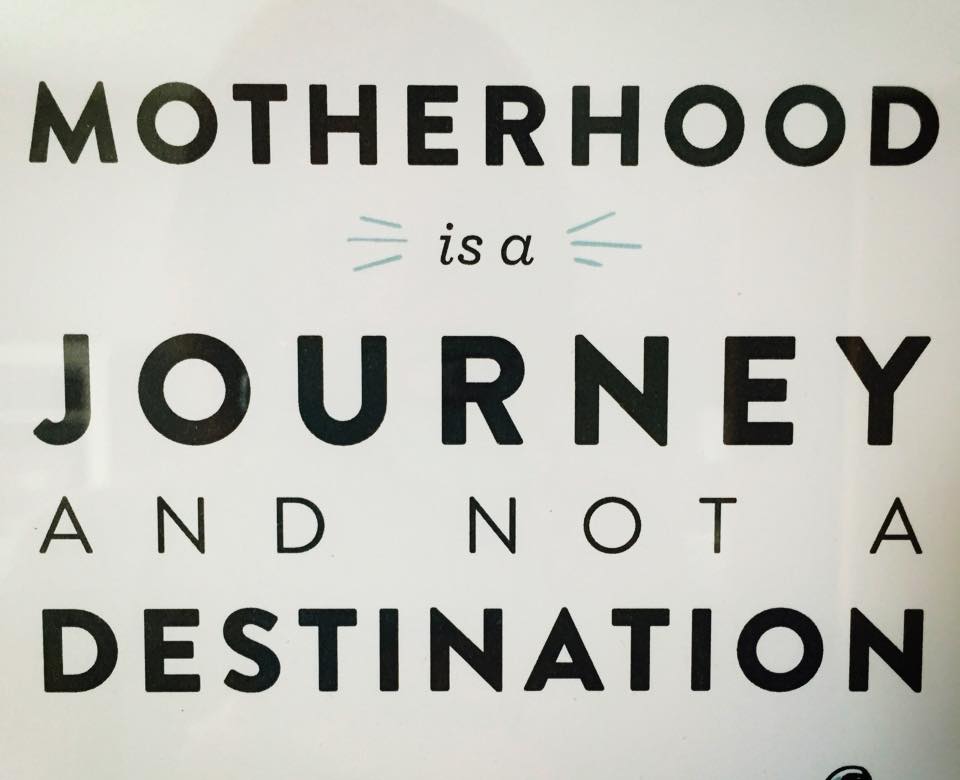 And someday that  break will happen. Someday they’ll be old. My house will be quiet. The frustrating moments faded. The remote will always be put away. Bedtime easy.

And that’s what I want for you to do too.

It’s not the destination friends. It’s that journey.

There are many moms who have large families and many who are single moms. And I just see all of you plugging along. Some days are bad and you fall, but you get back up and try sgain. But one child or 7, mothering is hard, hard work. None of you are failures as moms. You love your kiddos fiercely and
it shows. I feel so proud to know each of you. Yikes, almost 10,000 of you. That’s a lot of mom love and mom power.

You sucker punched me with truth again, Rachel! Had (almost) exactly the same day on Sunday. Glad that I’m not alone and especially glad that you can so accurately articulate my struggles and feelings. It somehow gives me validation and gives me the boost I need to soldier on.

I love that you are so open about these hard motherhood days. I feel like I have the “counting minutes until bedtime” days more often than not. Thank you for being such an inspiration to mothers everywhere!

First off I’m loving your SnapStories and now that I found your blog, I’m loving your perspective on parenting. Though I’m a Dad and not a Mom, I can completely relate to most of the feelings you’re having. Having kids is the best thing ever, but sometimes, it’s near impossible to stay sane. I have a 3 year old little boy, who I adore, who is just like me. Sometimes that fun and a real blast, other times, I’m at my whits end.

Keep up the writing and telling your story. I’m hooked.

Thanks so much, Seth. I’m so glad you found it (and that you’re enjoying my Snaps — Snapchat is quite fun).

Thank God I am not the only Mom who has counted the minutes until bedtime more than once. We DO love our kids; we DO cherish the time we get to spend with them but boy there sure are those days!! Thank you for your honesty!

This is my life. It is not 1 big issue, but lots of small ones. (remotes). Thank you for the share. It helps to know we are all loving moms working towards the same goal of peace and happiness for all. 🙂

I found your page and absolutely love it, and you! Everything that you write, I feel. I have 3 sons ages 13, 11, and 10. They are my life, my breath, and definitely my stress. I am a single mom and want to scream, cry, and run away almost daily. I do 2 out of the 3 almost daily. Lol. I stood in front of the washer putting clothes in tonight, and cried as I was looking through their pockets. They all 3 have ADHD/ADD, and so do I. Our house is usually chaos, but still full of love. My older 2 have been talking back, having attitudes, complaining, etc. Tonight one of them answered me with an attitude, and I lost it. I started yelling, and yelling, and yelling. My son was so upset that he said he wanted to live with his dad. I know that he doesn’t want to, but he was mad and hurt. At bed time as I tucked them in, we both said that we were sorry. Even after that, I feel like the worst mother. Our house is always a mess, we never have enough time or money, they’re always arguing about something, I’m always yelling, I’m exhausted and dream of napping EVERY DAY!!!! Tonight, while standing at the washer, I thought to myself that I wanted to run away. How can I do this another day? I thought of how hard motherhood is, and why so many parents snap and leave. I love my kids with all that I am. They are my pure joy and happiness. I miss them when they’re gone, and yell at them when they’re home.

Thanks for listening, and I’m grateful to hear your very honest words!