Latest Trends
dear sweet mom who feels like she is...
just do the dishes. please. the kids will...
to my kids – the raw truth of...
a mom that shows up
to the mom who lost her heart
i forgot how to be the happy mom
what single moms need friends to know during...
to the mom who keeps going
2020 Mindset Goals
the lesson of the fallen Christmas tree
Home Konmari Konmari – three years later
Konmari

First of all, if you haven’t started the Konmari method, no worries about needing to start. This is about my experience, especially since so many people see all these methods and its easy to think that it’s a fad. But for me, it’s become a lifestyle and that’s why I’m sharing – the perspective of really really living this way.

So let’s start with this: I used to have more things than I knew what to do with.

I had an excuse for all of them – I might need it someday or I don’t know if I can afford it or I’ll get to cleaning it up tomorrow or whatever you can think of. And then, one day, I had enough. That was three years ago.

Three years ago I bought myself a Christmas present.

It wasn’t coffee, chocolate, wine, new sweatpants, tickets to a movie, a trip anywhere awesome, but was, instead a book. And that book changed my life. It was the life changing magic of tidying up by Marie Kondo. Now, that same book is a best-seller and she has an amazing Netflix show. But back then – it was fairly new and I decided to try.

So this is the truth of living in the Konmari way for three years. Not three weeks, not three months, but three years.

Originally, I thought it was a book on cleaning and getting rid of clutter.

But in reality, it really was a book on finding joy, happiness and margin in one’s life. Think of margin as the white space on a piece of paper. Teachers and authors and we all know not to write to the edge, but rather to keep that space there. It lets us breathe. Well, the issue with clutter and stuff is that we unknowingly fill in all the margin in our lives and then instead of letting go of stuff, we try to organize in the confines of too much stuff and starve out our margin.

What we really need is to remove stuff from our lives. 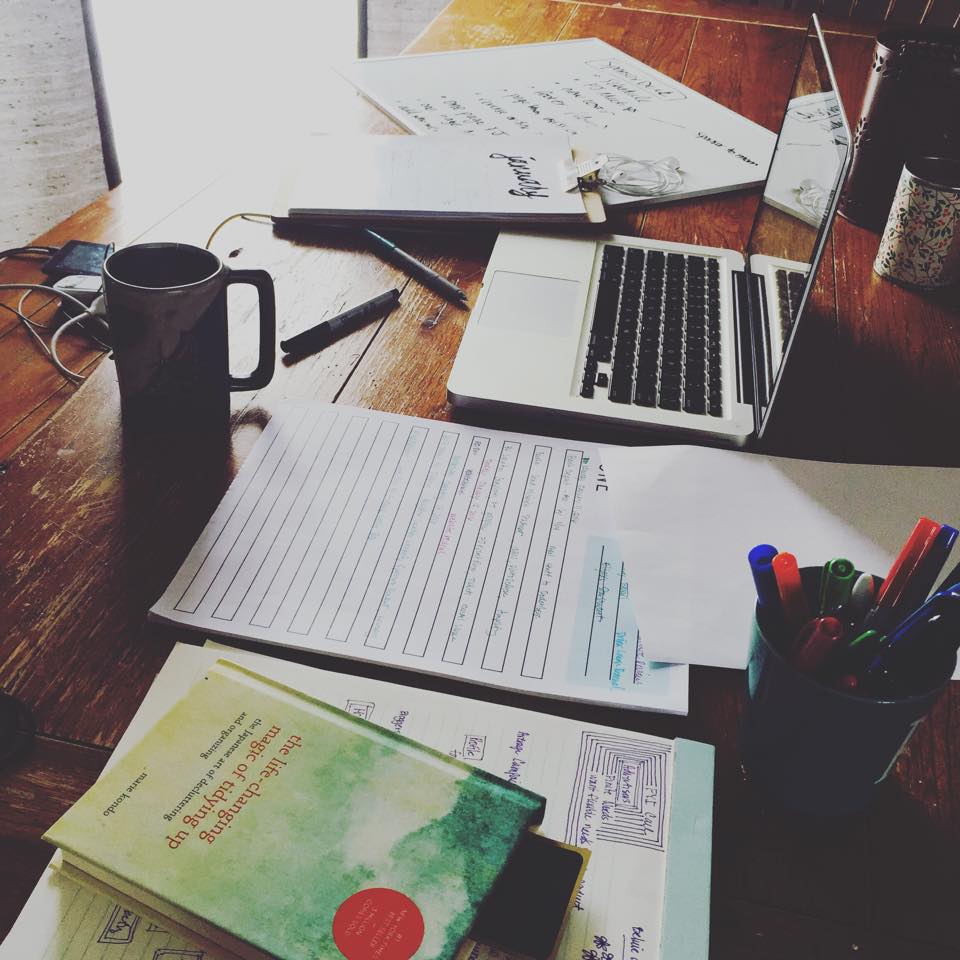 Yes, the book was about what to get rid of and strategies for clearing out a house, but more than that, what I discovered was that this book taught me about the art of letting go, not just tidying. Instead of a checklist for cleaning I ended up looking at all the patterns in my life that I followed over and over. Remember the excuses from the top?

Those excuses about getting rid of stuff sucked away at my life’s margin.

So here I am three years later still absolutely loving the book and referencing it in my own book The Brave Art of Motherhood. In fact, it really is one of those spaces that changed my thinking and cleared out the clutter. Many times you’ll read articles and posts about starting these tidying challenges, but you don’t know what happens months later or even years. Do they keep at it? What is the long-term result?

This is what I learned. So if you’re thinking of starting and want to hear from someone who actually lives it – this is it. 🙂

Those are my ten main lessons.

Konmari, or this margin maintaining philosophy, has become a lifestyle for me. I’ve realized I am a better mom with less stuff. But, more than that, I’ve come to realize that having less frees me up to spend more time with my family, friends and taking care of myself. And this time comes with the freedom of guilt of things I should be cleaning or organizing. You need to find your balance, your joy. That’s the beauty of her program. It’s not a keep thirteen shirts, four pants and ten mugs program. It’s what works for your life.

I created a six week starter course for adopting the Konmari method in your life. Go HERE to join. But, you need to remember, there are no six week courses that check up on you on week seven. Therefore, my philosophy is to adopt this a lifestyle way of being. To help with that, I also have a Facebook Group called 52 Weeks Live Your Brave that dedicated to learning, maintaining, and dealing with the ups and downs of living this way as well as changing your life. Click HERE to join that.

Would I change anything?

No. Well, honestly, I probably would have gotten rid of even more stuff that first purge.

Go Here to get my book The Brave Art of Motherhood