Latest Trends
dear sweet mom who feels like she is...
just do the dishes. please. the kids will...
to my kids – the raw truth of...
a mom that shows up
to the mom who lost her heart
i forgot how to be the happy mom
what single moms need friends to know during...
to the mom who keeps going
2020 Mindset Goals
the lesson of the fallen Christmas tree
Home Samuel hierarchy
Samuel

My little Samuel is sick again.  He’s been battling fevers every couple weeks for the last several months.  Finally, yesterday, when he got a fever we decided to take him to the doctor on the first day of the fever.  When I called, they asked for his symptoms and I said “Fever” — and the nurse was kind of flabbergasted that I would want to have her work him in on a Friday afternoon.  That was until I told her that he’s been getting fevers every three weeks for almost six months.  She then scheduled an appointment for him for less than two hours later.

As I was driving the fifteen minutes to the pediatrician’s my heart was heavy.  I couldn’t understand why he was sick — again.  I just knew something was off and that they needed to heed my worry.  I thought about who to call to talk to — to hash this out, to ask for courage, to ask for prayers.  As I picked up my cell phone — I stopped.

I needed to pray.

Not call others.  I had these cares and needs and yet, I wasn’t coming to the Lord first.  I was looking to my friends — blessings — but not the Healer, my Savior, first.  So as I drove down the interstate I prayed (with my eyes open, of course) and prayed and prayed.  I prayed exactly what I would have talked about with my friends.  I prayed for peace, and for wisdom.  And I also prayed that the doctor would see the urgency and take me seriously and run the appropriate tests.

How often do I pick up the phone before I pray?  Sadly, it’s way too often.  I know deep down that the Lord is first, and yet, I seek Him second.  When I pulled into the clinic I felt so calm, so assured, and so at peace.  I knew that this was not from me, but from my Father — from me relinquishing my fears and anxieties to Him.

Once again, I was reminded — that prayer comes first.  Always. 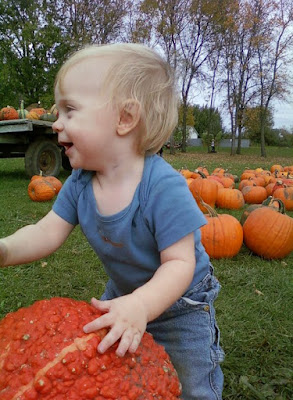 As far as Samuel — I found out that he has a strep infection.  The doctor and I are thinking that he’s probably had this infection for several months, and that it’s flared up every couple of weeks — and even caused the croup that he’s been battling as well.  I remember mentioning to the doctor that I was worried Samuel had streps months ago.  He had a rash — just like my Brennan did when he dealt with strep.  They told me that he was too young, but ran a rapid strep.  It was negative, but I think it was negative because it was the 4th day of the sickness.  This was in May. Since then Samuel has dealt with fevers and severe lethargy every three weeks.

So this time, on Friday, the rapid strep was almost instantly positive.  I feel relieved they found it.  When my Hannah was almost 8 years old she was in the hospital for 4days with a strep infection that we didn’t catch.  The doctor is having us watch him very closely because she’s concerned that the strep isn’t isolated simply to his throat.

I’m praying the antibiotics work.  Brennan is extremely allergic to penicillin so I’m always nervous the first time I give any of my little ones anything with penicillin.  So far, so good — no reaction.  However, Samuel is still running a fever — 102 — and he’s had 3 doses of the antibiotic.  I’m praying that this antibiotic wipes out that nasty strep from his system.  And that it never ever ever ever comes back.  🙂

I’d love some prayers for that sweet babe of mine.

I found myself doing the same thing when we were dealing with Peanut’s head and whether or not he’d need surgery – I’d call my friends and family before calling on the Lord! And while my friends were a comfort, the deep peace that guards my heart only comes from the Lord!

So glad that it has been figured out, and that you were patient, and relied on God. Prayers for you and your little Samuel 🙂

Hi Rachel… just wanted to let you know that Samuel is being prayed for.

Praying hard for your precious little man!
Psalms 116:1-5 I love the LORD, because he hath heard my voice and my supplications. Because he hath inclined his ear unto me, therefore will I call upon him as long as I live. The sorrows of death compassed me, and the pains of hell gat hold upon me: I found trouble and sorrow. Then called I upon the name of the LORD; O LORD, I beseech thee, deliver my soul. Gracious is the LORD, and righteous; yea, our God is merciful.
Prayer Bears
My email address

So thankful the doctors found the source of Samuel’s fevers. I will be praying for him.

I so hear your heart…my post this morning was on the blessing a doctor has been for our youngest.
I am praying now and will continue to pray.
God is good and faithful. Blessings to you all during this season and for sharing your heart as you seek His face in all situations.

Good to “meet” you! Thanks for stopping by my blog.

I am following you now.

Blessings and favor to you this LORDS day!

Prayers headed your way for Samuel and the rest of your family. You have a beautiful, inspiring blog. Thanks so much for stopping off at mine and for the lovely comments about my Hair experience.

First of all ~ I want to say that your ‘Instinct’ to stop and pray is giving me chills. I have recently come to that same realization myself ~ talk to God first, then others. I was even going to post about that exact thing today or at least soon.

Secondly ~ I am sorry that your little one has been suffering on and off for so long. It is so hard when little guys can’t really tell you what is wrong. But you paid attention to your mama instincts ~ which is what God has blessed you with. You didn’t ignore them. . . and you trusted God. AmAZinG!

I will be praying for your sweet baby too:)

Hi Rachel. Thanks for following me over at Simplify! I just read about your baby, and he is, of course in my prayers for a quick and full recovery from this nasty infection. I am a Mama too, and although my children are grown up, we never stop worrying It is what we mothers do. I tip my hat to you, with 7 kiddos. I can’t even imagine how busy and incredibly organized you must be. I am anxious to come back to visit!!!

I’m sending up some prayers for your little one.

I need that reminder. To take things to the Lord first. So many times I get on facebook, or my blog, or text someone to vent about something, but I really need to go to the Lord and lay it before Him. Thanks for posting this. Praying your little man kicks strep in the pants!

Praying for you and Samuel Racheal.

I hope you are having a better day today;just also wanted to thank you for your visit and gracious comment. Have a blessed week:)

Poor sweet Samuel. I hope this makes him better once and for all!

I do understand how easy it is to forget to go straight to God. I do that ALL TOO OFTEN! It’s strange because when I’ve gone through my biggest trials, it’s been easy, but when I face the day to day trials of life, I forget.

I’ve done exactly what you did. Just stopped myself in the middle of turning to the wrong resource and bowed my head in prayer. Good for you and PRAISE GOD!!!

I will be praying for your little one. I think there is non penicilan antibiotics out there for children. I know because I took them I can`t swallow pills and they gave me the childs kind. Anyway hang in there. God has His arms around you all.

Oh, bless his little heart and your little heart too! Goodness, so in prayer that the meds will “do their thing” and knock that strep out of the way quickly. Thanks for the reminder of WE NEED TO PRAY!!! Thanks again for such an uplifting post! Hugs to you!

Wishing your little Samuel a speedy recovery 🙂 Thankfully he is now on some meds and they have diagnosed it properly. I will be praying for your family today 🙂

Praying for you all. Praying for God’s healing upon your sweet bundle of joy. So glad that they were able to find out what it was and hopefully this will take care of it.
My Derek was a carrier. He got it around 2 and we were on vacation-he got scarlet fever with his and the rash broke out so by the time we got home and he started on meds it had been days.
He then was a carrier for it I guess so when he started school he was sick every time he got near anyone who had it. We finally had to have his tonsils out to stop it-praise God it worked and for two years now-no strep.
It is terrible-I am so sorry you have had to deal with this.
Just wanted to let you know that our family will be praying for you and yours.
HUGS
Jill

I all too often don’t think to pray first when I need help….when I do, things seem to work out! Hope your little guy feels better soon!

{{Lord, we pray for sweet Samuel. Protect his little body. Bring him back to health soon. Give Rachel confidence in her mommy instincts, and use them to guide them as they wait this out. Protect the rest of the family from more illness. Strengthen Rachel as she cares for all her precious ones.
You are the Great Physician and our Healer, God of all comfort.

I am praying!! Thank-you for the sweet reminder to put God first!!
Jessica