Latest Trends
dear sweet mom who feels like she is...
just do the dishes. please. the kids will...
to my kids – the raw truth of...
a mom that shows up
to the mom who lost her heart
i forgot how to be the happy mom
what single moms need friends to know during...
to the mom who keeps going
2020 Mindset Goals
the lesson of the fallen Christmas tree
Home perspective seeing the positive in yourself (from me, the classic over-reactor)
perspective

seeing the positive in yourself (from me, the classic over-reactor)

This is me. #blushing

Scenario 1: Woman at Target looks at me with a strange look.

My Response Internally: What is it about me? Is it my hair? That Samuel’s shoes don’t match? Oh my. It’s the Fruity Pebbles in the cart. She thinks I shop poorly. Is my zipper down? Why is she looking at me like this? It’s the lack of coupons. I knew it.

Truth: She wasn’t looking at me at all, but was instead trying to figure out when she should get to Starbucks and was squinting to see if the line got shorter. I was, in fact, in the way.

Scenario 2: The kids rooms look like an atomic bomb went off.

My Response Internally: They don’t love me. If they loved me they would keep their rooms clean because they know how much I like having the toys all sorted into appropriately sized color coded boxes. In fact, they probably don’t even think about me. They dumped it out because they just wanted to create more work and to see me get exasperated.

Truth: They’re kids. They dumped toys out. End of story.

Scenario 3: I’m given a suggestion about making things better.

My Response Internally: I suck. I can’t get anything done. I’m not doing enough work. I knew I didn’t measure up. Why can’t I do things right? What is wrong with me? I’m not appreciated.

Truth: It was just a suggestion to make life easier and my day more efficient.

See? That’s me. Classic go-to-the-extremes over reactor who sorts the world in sometimes the most ridiculous ways. 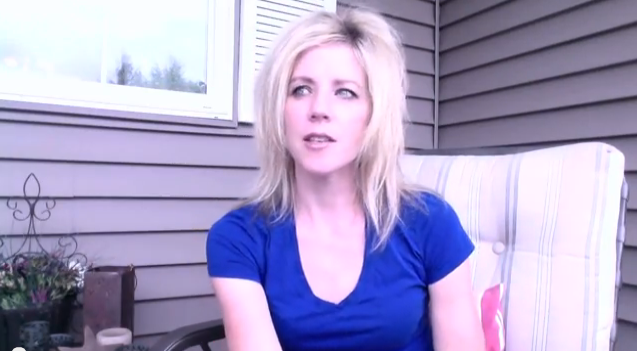 I think I might win the award for the world’s biggest over reactor.

Oh, trust me, it’s not the award that people are clamoring for. There is no Academy Award for the girl who can go to the worst assumption in under 32 seconds straight and in that time have gone through an entire life strategy, analyzed motivations of other people, and created not only a brilliant comeback response but also had my own eyes well with tears even when I attempted to will them not to.

I don’t know what it is about me. Emotions? The lack of sleep? The taking of things personally?

It’s kind of frustrating at times.

Like I would love to go through life with this buffer zone around me, this filter warning me – words coming in that you might not like. She’s going to look at you weird and it’s not about you so just ignore it. Don’t worry about that response – and on and on and on.

But, oh no, I’m an internalizer.

The classic over-reactor in me flips it to the extreme.

I become defensive. I apologize for my lack in things even when, honestly, I’m not really lacking. I will get mad when there’s nothing to get mad about.

So instead of writing about how to change it I thought instead today, well today, today I would accept me for me. Maybe that’s part of the issue, in a way. Maybe it’s not as much overreacting but being a person that likes to keep things neutral, peace driven, and happy. Although, sometimes, I’ve realized, it’s at the expense of me. So, yes, yes, yes…it’s about determining balance – when to speak up and when to be quiet. 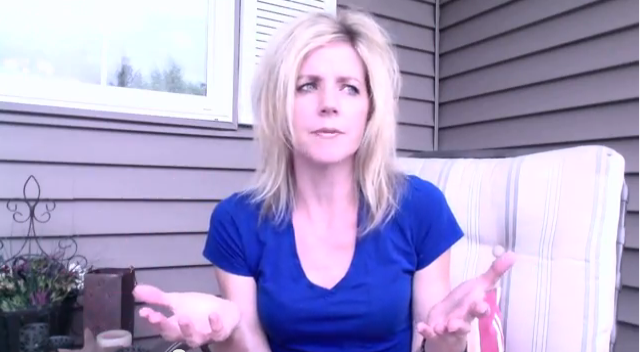 But truly, do you know what I realized? I over react because somehow I make things about me.

I wish I could change me.

But, here’s the other part of this part of me – or anyone else that totally relates – the same part of me that tends to take things personally is also the part of me that feels life so incredibly deeply. I can cry at commercials. I love people fiercely. I will give and give and give. I tap into the emotion of life. I’m okay with running in the rain. Or dancing down the street. Talking to strangers on the plane. Helping others. Looking outside myself, making it not so much about me, but about serving others.

I don’t want to lose that part.

I don’t want to not feel empathy. Or to not want to encourage. Or to not try better. Or all of that. Sometimes I believe the parts of ourselves that frustrate us are also the parts of ourselves where are strengths are hidden as well. We just don’t see that as clearly. Do I need to not over-react and jump to the worst case scenario and all of that as quickly? Yes. Always working on it. But, I’ve also learned to understand that sometimes it’s not even always about me being negative – it’s just me wanting to make a difference or thinking I didn’t do enough. It’s just learning and learning to love myself even with the flaws.

So I’m trying to find this balance.

This understanding and grace.

But more than that, I’m learning to love me for me. 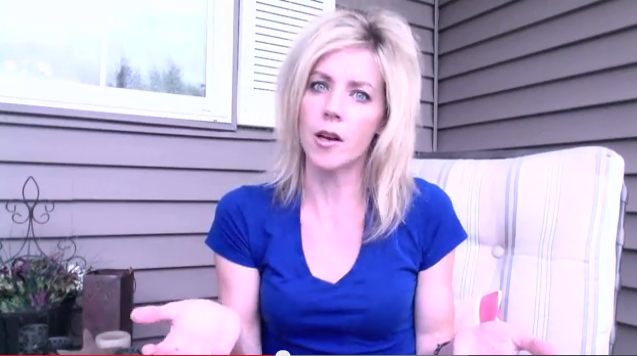 From me to you.

And if you don’t like this post I’ll just take it personally and go in my room and cry.

Bottom line? Start to see the positive in yourself and the impact that you’re making in this world.

Here’s my video on Seeing the Positive in Yourself. It’s important.

I’ve always been told by those around me that I overreact. I try to stop myself, from crying or flipping but then I just feel wrong – like my reactions must always be wrong. I doubt myself even more.

I’m trying very hard to keep a lid on my feelings but still be myself – walk that fine line, it’s hard.

Thank you so much as Thats me too . Been There done that.

You are so RIGHT!!! EVERYBODY has helpful/fruitful personality traits and destructive/not so helpful personality traits ( notice I didn’t say good and bad personality traits– because it’s not about being good or bad) And the trick is to learn to use the not so helpful personality traits as guides and be AWARE when they rear their ugly heads; but to truly focus on the helpful traits that bring such great passion and love and goodness to you and to others!
I soooooo relate to your post and taking EVERYTHING so personal . I especially liked the ” fruity pebbles in my cart” I totally think everyone is judging me by what is or is not in my grocery cart
Keep your head up high Girl. I’ve been following your posts and know you are going through a very hard time right now, of course I don’t know how your seperation is going to end, but what I do know is that with your kindness, honesty and love that you continue to share with others, whatever Gods path is for you is truly going to knock your socks off and be better than you ever imagined if you just continue to trust the process, do your part and get out of your own way 🙂
Thank you for your honesty, realness( if thats even a word) and walking through life with me and others sharing your joys and sorrows and just YOU………….

Really, their just being kids, they aren’t programmed by the Russians to drive all mothers crazy? Because we all know with out the mothers the world would end! Thank you again. I really do think that there is one android (formally known as C3-PO) making funny looks at all our carts.

I so appreciate what you have written as I identify with you so much. Im sure you are speaking words of so many others who have
read your post!

OMG!!! Me too. Recently a friend of mine told me she’s pregnant with baby #2. Instead of feeling happy & congratulating her, I felt so angry & sad because I really want a 2nd baby but hubby & I are currently in disagreement over timing. After sleeping on it, I realised that we will have baby 2 when we’re ready & it isn’t a race.

I hate the fact that I over react to things so much & I need to find a way to calm down that anxious voice that freaks out so much.I’m trying to focus on the fact that pretty much all stuff I freak out about can be fixed/cleaned/washed (delete as appropriate).

Wow……I’ve truly been struggling ‘huge time’ with this the past few weeks – ok, the past 45 years !!! Thank you times a million for writing this article – it’s about me, to a ‘T’. And, now I see I’m not alone in my over reacting/jumping to ridiculous conclusions at the speed of light. I love your honesty and transparency in all of your writings and so appreciate what you’re doing to help share the real life ‘sometimes burdens’ of being a wife and/or mom in 2015. Keep up this awesome work, because God is doing tremendous things through your writings/videos ❤️

So glad that I’m not alone. Somehow that just helps in the journey for sure.

I so needed to hear this tonight x thankyou xx

Yes. Exactly. Cross your name out and sig mine. This much this sounds like me. Thank you for writing it so I don’t feel like such a loon! And pointing out the flip side. I hadn’t considered this