Latest Trends
dear sweet mom who feels like she is...
just do the dishes. please. the kids will...
to my kids – the raw truth of...
a mom that shows up
to the mom who lost her heart
i forgot how to be the happy mom
what single moms need friends to know during...
2020 Mindset Goals
to the mom who keeps going
the lesson of the fallen Christmas tree
Home perspective I am not broken
perspective

I am not broken

I have been called too emotional. 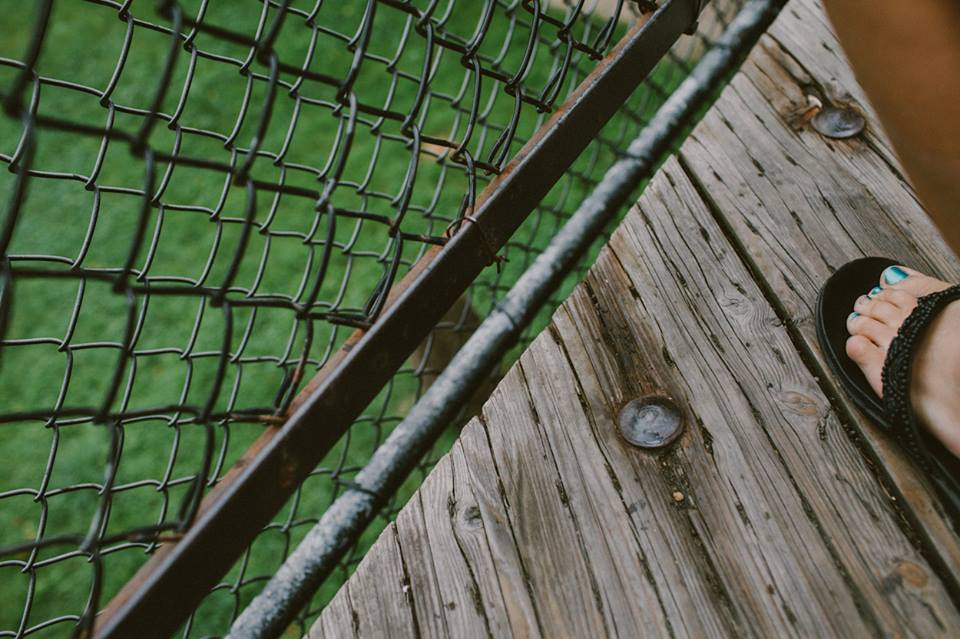 Or someone who doesn’t get over stuff quickly. I’ve been told that I need a thicker skin or that I just shouldn’t take stuff so personally. Or to toughen up. You know, a whole bunch of stuff about who I am.

I think my emotional being makes some people uncomfortable.

So I’ve attempted to hide it.

To shove it under layers of stuff and I don’t cares and a whole bunch of what I thought was buffering but it was just me looking at me saying there is something wrong with you. Get it together, Martin (sometimes I call myself by my last name when I really think I’m needing to change) I’ll chant over and over.

I get defensive too quickly. Angry sometimes too. And sometimes when I read comments written to me – like this one from last night where this man insulted me and made judgments about my life – I just want to lash out. My brain is thinking how dare you make a presupposition about me and my family and my worth without knowing me? Because, well, I’m human.

There’s nothing wrong with me as a person.

Maybe I’m highly emotional and a little bit sensitive and maybe I take stuff personally. And that’s not bad. Maybe it’s good. Maybe you are that way too. Or you have different traits about you that people have told you to change or make better or have said to you what is wrong with you today? That’s not a reflection of them, but you sometimes.

For instance, the take stuff too personally part? I’ve always tried to fix that. Always, and the more I try to fix it and not get teary, the tearier I get. But, you know how it’s good? It makes me pause when I write. Makes me step-back. Makes me tear up when an ambulance goes by because I know what it’s like to be in the back of one.  Makes me not respond with anger to the commenter but with just a bit of grace.

Maybe what I’ve worked so very hard for so very long to fix doesn’t need fixing. 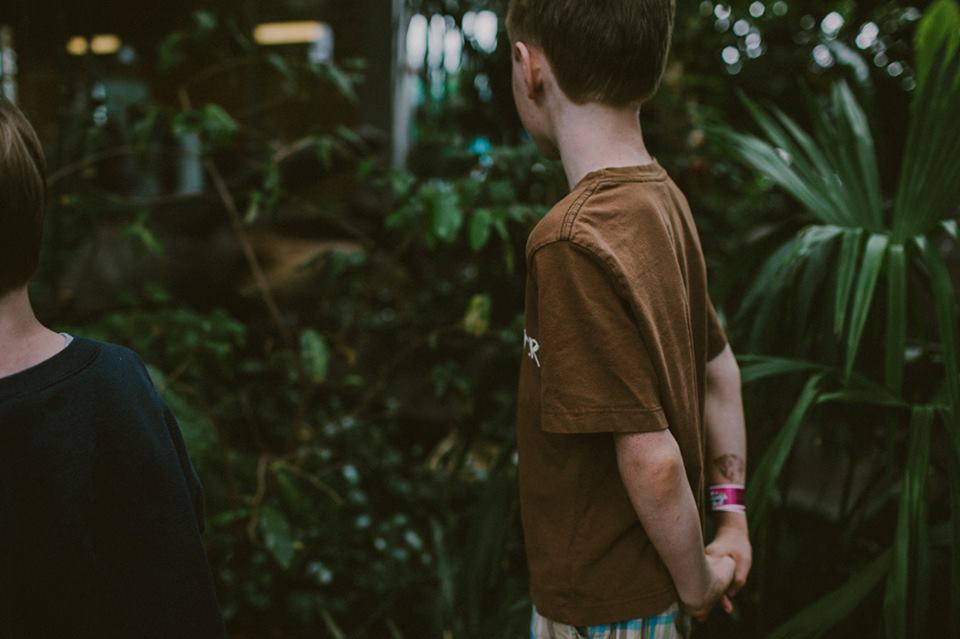 Instead of running who I was made to be – this is the year I uncover the many facets of who I am and learn to love me for me.

Love you for you.

We can’t all be the same.

But we can learn to love ourselves.

What if the stuff that frustrates you the most about you is the strongest part of you?

My son Samuel is really stubborn and feisty sometimes. It is so aggravating for me as a mom – like I just want to be like dude… you need to chill out and learn to bend a little when it gets tough. But then, in the same moment, that part of him is what makes him – him. It is the part of him that pushed through when he was so ill as a baby. It’s what makes him deal with Celiac Disease with a heart that doesn’t let it define his happiness. It’s the part of him that won’t quit or makes sure I’m okay.

Think about all the stuff you think you should change.

Does it all need to be changed? Or is part of it you that instead of changing you just need to learn to cultivate and embrace?

You are a beautiful person for being you. 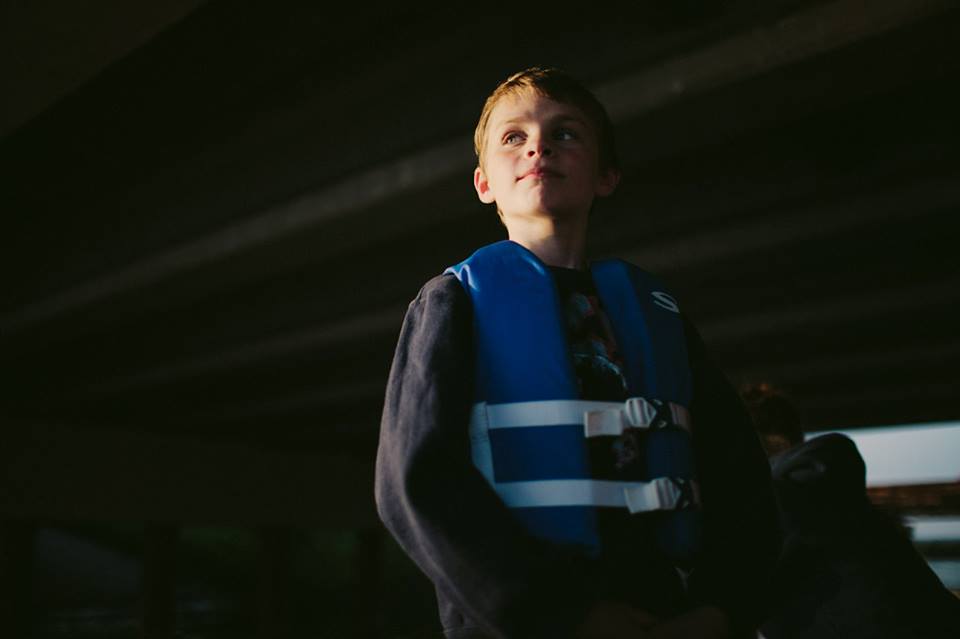 I know that maybe you don’t hear that too often. I know that, if you’re like me, you often hear all those voices inside your head telling you if you could only be like this or if you could only change that or why did you have to respond like this or why can’t you keep it together? Sometimes it can be a crazy cacophony of noise that makes us just say ENOUGH or shut down. Or shut ourselves off from our hearts and dreams.

Fight for the parts of you that are the way you are.

So I’m a sensitive person. So I’ll cry easily.

But I also love deeply.

In fact, I think I will say that for all of us.

We are, in fact, lives in the making.

I think I’ve been coming to that reality the past several weeks. In fact, I think that’s the truth that has been percolating on the surface but I haven’t been honest enough to articulate. I’ll weave around it and hem and haw, but then today I saw an image made by Glennon from Momastery (link) talking about her own sensitive nature and I realized that you know what?

This is who I am. 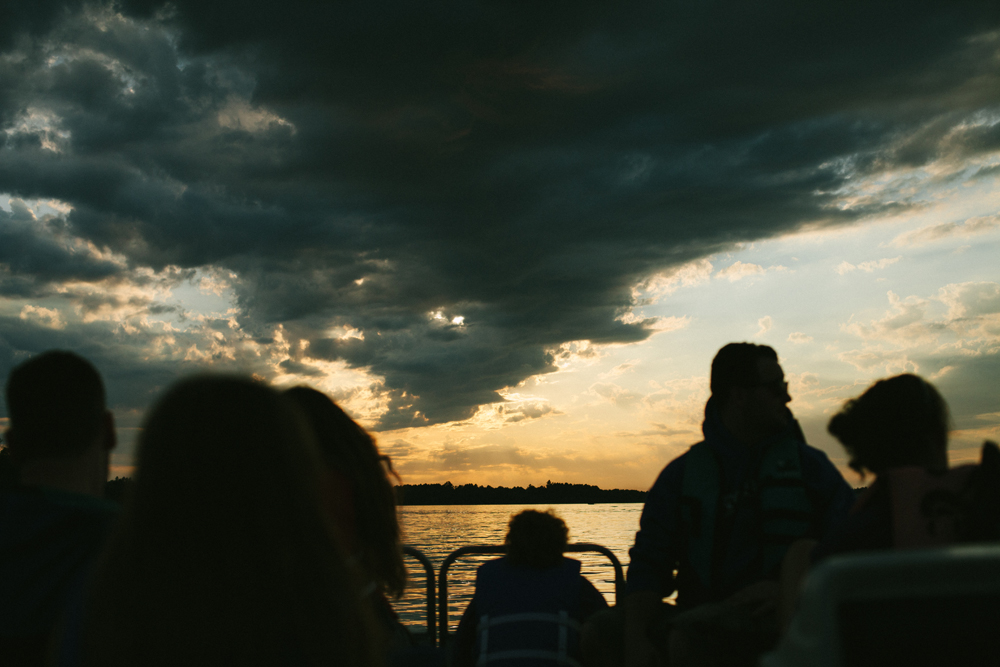 Do you know how some of the most beautiful things have what might be perceived to be flaws in them? What if those nuances – the cracks and the pitting and the distressed spots and the nicks are the very things that make that thing beautiful?

Sure we need to always push ourselves.

But maybe we don’t run from ourselves anymore.

I am learning to love me for me.

And that’s what I want for you too.

Thank you for your post’s lately on just accepting ourselves. I have recently found out about my husbands alcoholism and my own codependency. For years I have thought that everything was my fault and I was needing to change everything about me. Thank you for encouraging me to think that through and possibly just accept myself for the first time in my life. To really trust my instincts and desires and realize I truly am worthy.

Love your post. It reminds me how often I have been told that I am too emotional, and I wear my heart on my sleeve. My sensitive nature for some is seen as a weakness. I’ve accepted that it will not be understood by all.. but my “emotional, heart on my sleeve” differences are actually some of the best parts of me! It allows me to love unconditionally, it allows me to see beauty in a world that has become harsh and distant a times. It does open me up to much pain, to give others the opportunity to hurt me, however that is where other important characteristics of myself come in. We are all complex and different beings. Life is a beautiful struggle at times and I’m okay with that. It’s the beauty in the flaws as you said!

I feel like you were just reading my mind. I was thinking about the whole let it go phenomenon and how I just can’t seem to do that. I need to work through things and am very introspective. It takes all types to complete our world and we need to embrace our differences. Thank you for saying out loud (sort of) how many of us feel.

Thank you, Tosha. I really appreciate your words.

Thank you, I just really, really needed to read this today. I appreciate your blog so much!

Beautiful words, thank-you for sharing.
My husband and I recently had an “aha! moment” about our sensitive/emotional son…. we had been thinking along the lines of “how can we get him to stop being so sensitive/emotional?”. But after discovering and reading a book about a personality trait called Highly Sensitive, we realized it’s not something that needs to be changed about him. He is a beautiful person that we simply need to love. Making this realization has helped us better love him for who he is, as well as parent him in a way that fosters self-confidence so that he doesn’t grow up feeling like there’s something wrong with him. He is a beautiful “old-soul” who wears his heart on his sleeve, and that is who he is. (in case you’re interested in the book I referenced, I highly recommend it. In reading it about my son, I realized that I, too, am a highly sensitive person! It’s called Highly Sensitive Child by Elaine Aron. I believe she also has books about adults).

Such a beautiful and inspiring post. Its refreshing to read someone being so open and down to earth. Thank you

I love how you write and what you write about. It’s authentic and heartfelt. Such a breath of fresh air in times of commercialism especially in blogs

Have you heard of Carol Tuttle and her energy profiling? Some of the things you said remind me a lot of what she teaches. You may find it interesting. I have. 🙂

Oh boy there are so many different links I could give. 🙂
This is a link to the free energy profiling course. It is lengthy but interesting and informative and a pretty good starting point: http://myenergyprofile.com/free-course/
She also has a ton of YouTube videos on energy typing. A blog: http://thecarolblog.com/
And other resources as well.I have never paid for the program yet but I have learned plenty through the free resources and in her books. It is interesting though and she believes that things many people see as “weaknesses” can actually be strengths if we learn how to use them and how to accept ourselves.

Hi Rachel I love your articles. Do you have any on surviving relationship/marriage breakup for parent and chn?

Oh my gosh did I need this today!!! I live in Northern Arizona and I am snowed in. Taking time to not just look at my email but to actually read what speaks to me. I’m 52 years old and I’m finally tired of apologizing for who and what I am. I am a fiercely devoted wife and mother to my husband of 22 years and my 16 and 18 year old son. I cried when my oldest went back for his second semester at college. Yes he is doing great, yes I have given him a strong foundation so he can “find his wings”, yes I know I’ve helped raise an amazing strong human being. I get it. I really do but I can also cry because I miss him. I miss his wonderful presence. I love our time together and I’m sad when our family of four becomes a family of three. Your posts are amazing Rachel and I’m so glad you are speaking about eliminating the clutter with this method. Thank you!! I’m the type of person who has clutter with all the “Get rid of the clutter” books that I own!! I’m going to do it this time and your articles will help me through it.