Latest Trends
dear sweet mom who feels like she is...
just do the dishes. please. the kids will...
to my kids – the raw truth of...
a mom that shows up
to the mom who lost her heart
i forgot how to be the happy mom
what single moms need friends to know during...
2020 Mindset Goals
to the mom who keeps going
the lesson of the fallen Christmas tree
Home perspective how wanting to get even robbed me of happiness
perspective

how wanting to get even robbed me of happiness

I have a confession.

Sometimes when people hurt me I don’t like to turn the other cheek.

I want to get even.

I get really really stuck.

I think it’s because I give them power.

I let them make me feel small.

Just this past year I was burned by someone I thought was a friend, by someone I thought had integrity, by, oh it doesn’t matter, but let’s just say I was pushed around and smooshed around so that this person could get what they thought they deserved. It felt so low, so without love. And it made me really angry. Well, at first, it made me teary. And sad. And then slowly it switched to this anger stuff.

And it was robbing me of joy.

It was robbing me of happiness.

Just like my friend Rachel writes at Hands Free Mama about anger and joy.

I just couldn’t admit it, really. Because letting go of the anger to me felt like losing. And I do not like to lose. Let me tell you that again – I REALLY DO NOT LIKE TO LOSE.

Because this desire to get even, to make this person realize how low they went, it was sucking at the very joy in my life. And when I gave that power away – I lost.

I don’t want to live with anger anymore.

(Hulk Figurine as an example. Perfect, I think.) 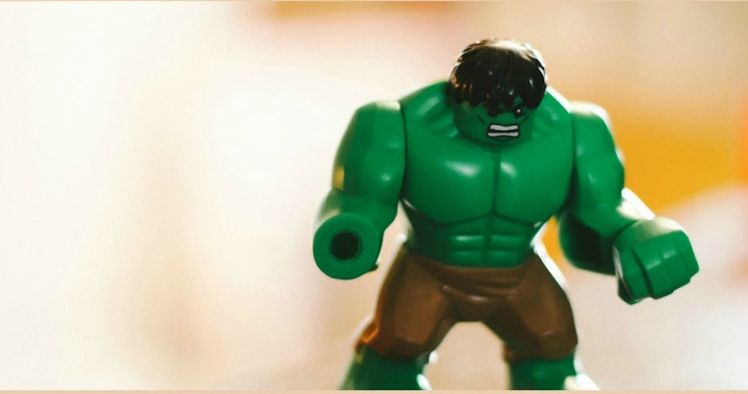 I want to live a life free of that. I don’t want the cruelness of others, the shallowness or the pain points of life to paint any of the present. I want to wake each day with that clean slate, that wholeness of forgiveness, and that freedom to be without the chains of others dragging me down.

I need to let go.

Power is in caring about your own heart.

Power is in deciding to move forward.

Power is in not allowing others to define yourself.

Power is in choosing to love.

So let me ask you this? Where in your own life do you need to let go of stuff? Where are you clinging to anger and sadness? Don’t you want wholeness again? Don’t you want to live fearless?

Dare to fill that space in your heart with good.

You can do this, sweet friend of mine. If we are going to be change then we need to stop needing things to be even and fair and we need to instead be brave and fight for our hearts.

That will rob us from joy.

One step, one breath.

Thank you for this post, I’m a definite culprit if being unable to let things go and hold on to anger! With my partner especially, who triggers my every nerve at times! What I struggle with his the “how” to let go and forgive without feeling like you’re enabling or giving in!