Latest Trends
dear sweet mom who feels like she is...
just do the dishes. please. the kids will...
to my kids – the raw truth of...
a mom that shows up
to the mom who lost her heart
i forgot how to be the happy mom
what single moms need friends to know during...
2020 Mindset Goals
to the mom who keeps going
the lesson of the fallen Christmas tree
Home parenting five dollars of perspective
parentingperspective

This story is not about me.

It’s about a moment in seeing those around us and caring just a bit. 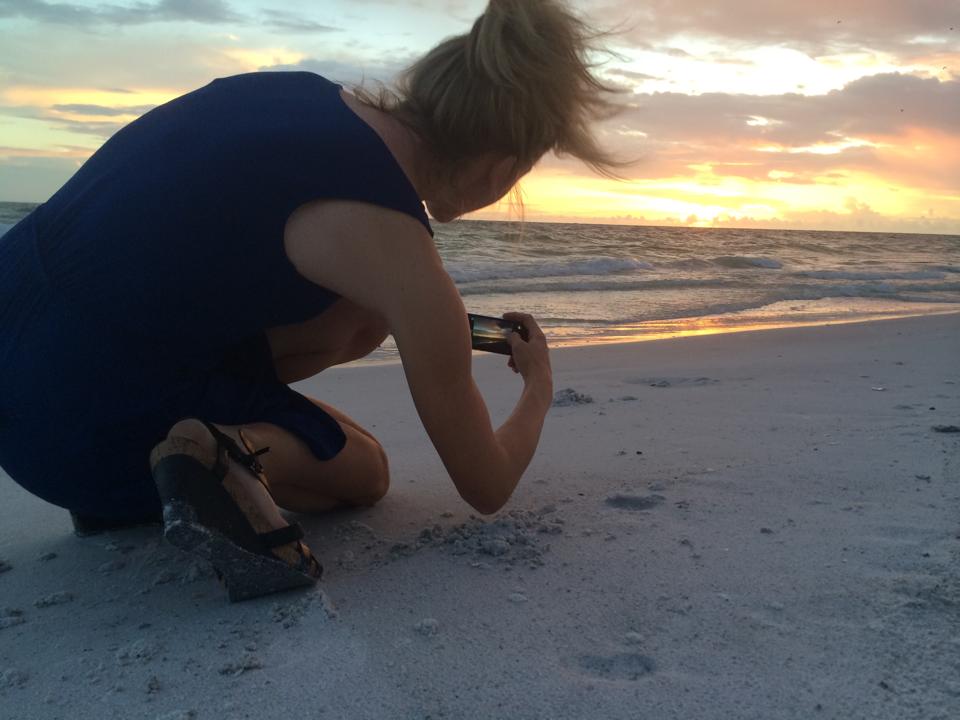 And how I almost missed it.

You see, I was tired and wanted to get to the airport fast. There’s something about traveling that makes one feel the pressure of arriving early – it doesn’t seem to matter whether you travel rarely or on the every nine day or so schedule that I’m on. There’s always this nagging pressure of hurrying and anticipation.

Today was no exception, really. I was up early and just finished a two hour drive from the beach to Orlando and was standing by my rental car filling it up with gas so that I could avoid the exorbitant fuel fees of returning a car without gas. I was in a daze, my own world, and so tired. Then I heard this plea from a man with this look of desperation on his face.

Ma’am would you please have any bit of change to help us get to three dollars for a gallon of gas?

Now, perspective, I was in Orlando in the midst of the spending capital of the world. Disney, Universal, Sea World, Mega hotels, restaurants, and more were everywhere. You are talking about money being thrown around left and right in this town.

I looked at him and said no, no, no…just my card.

I didn’t want to be bothered, really. He went to the next man who didn’t even respond to him. And as the third car pulled away, who also gave him nothing, I saw his car and a woman, who I’m just calling his wife, in the front who burst into tears and put her head on the dash. She was sobbing that cry of desperation. I know. I’ve cried that cry – in different circumstances – but that cry.

I didn’t have change? Didn’t I just think nothing of spending $6 for an over priced caramel macchiato in the resort on the beach where I was staying? Now, now, now…my money is terribly tight. But, listen, I know it’s not that horrible if I will buy that syrupy coffee.

They pulled away. I felt mad at myself.

And then I saw them pull into a parking spot at this 7/11 and the man get out again. Person after person after person ignored him. So I made a decision. I’m not. I dug in my purse and found $5. That’s it. That’s all I had. I drove that rental car, the rental car that I grumbled cost me $69 to rent over to that car and pulled up next to the passenger door. With my window down I held out the five dollar bill and simply asked if it would help.

And then he said words that made me tear up.

I know it probably seems so strange and sad to be begging for $3.

And in that raw real moment of two human beings sharing a piece of paper with some value assigned to it I remembered a time I counted out $1.27 in change and walked into the grocery store to buy frozen vegetables for dinner because that was all I had. I remembered wondering how I was going to feed a family with $16. I remember putting in $10 of gas because that’s all I could afford.

No sir. No it doesn’t.  You do what you need to do and it’s not a reflection of worth.

I could have driven away, friends. I could have gotten into that rental car and drove to drop off the vehicle and left them there and me in my shuttle on the way to the airport. I would have spent that five dollars at the airport. On coffee. Candy. Something. In fact, in that airport I spent $16 on a gluten free chicken breast with honey mustard and swiss cheese and a cherry coke. 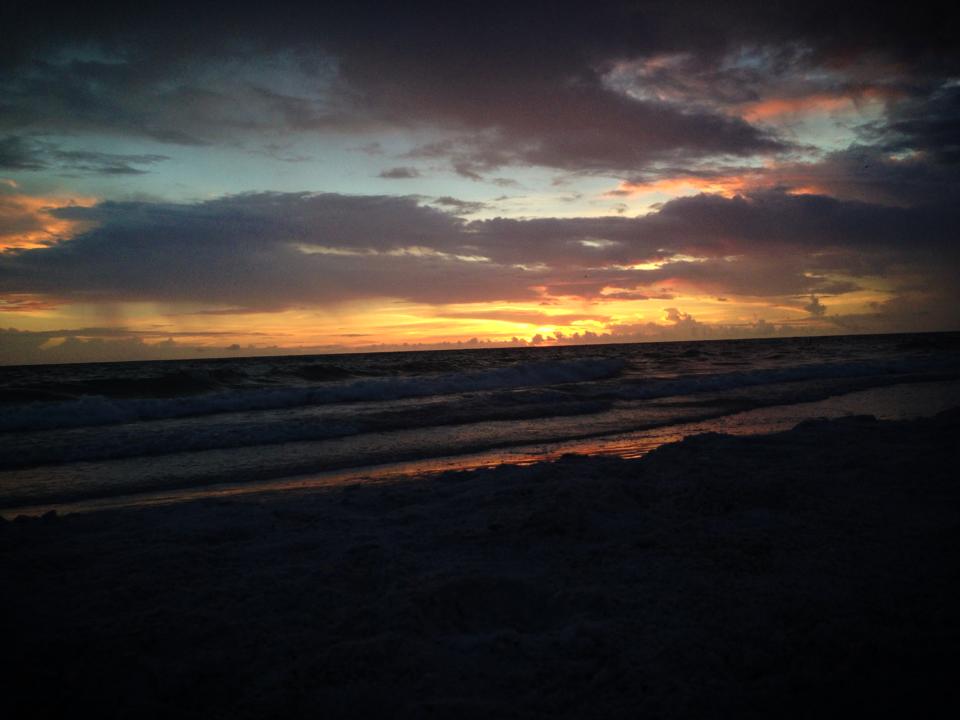 Oh my friends, I judged. When I first saw him I thought he just wanted my money. I lost the human connection – the struggle that we go through to put food on our tables and survive. I lost the perspective of what it was like to not be able to walk into the airport and order lunch and sit with my laptop in front of me and wait. I simply forgot to see.

Now, now, now…this isn’t about me. I don’t want or expect accolades for handing a five dollar bill for a family in need. In fact, I should have done it right away and I feel embarrassed at the thought that it took me so long. This is about seeing others.

What can you do today to see others in this frenzy of life? How can you slow down? Maybe it’s not five dollars handed to a family at a 7 11 Gas Station in Orlando, Florida. Maybe it’s a smile and a how are you doing today to the cashier at Target. Maybe it’s calling your friend out of the blue and telling her how much she matters to you. Maybe it’s writing a note. Maybe it’s not jumping to the worst conclusion first and instead operating out of the posture of grace.

These are ripple effect moments.

They are the things that change lives more than we will ever know. They’re the gifts, the blessings, the times in life where lives can be changed and even saved.  They are the moments where we see each other for the potential. They are the times where we step back and simply don’t think so much about self but more about others.

Don’t be in such a rush that you miss those around you.

Those are the true finding joy moments in life.

So to all of you – I issue you a challenge – what is one thing you can do today to bless someone else? One thing. And then challenge a friend to do the same – send them theses five dollar of perspective words as a start. And then, if you want, share about it on Facebook and let’s let this one simple gift grow. #littlethingsmatter

(and by the way — this was the same day that I experienced the delayed plane and received another jolt of perspective. You can read about that here -> Waiting )

I’ll admit that in this time of my life I’m more the guy needing that three dollars. I’m identifying more with the you worrying over how you will get groceries on less than twenty than the you who doesn’t have to worry about buying a six dollar coffee.
Still, perspective is everything. God really has me remembering gratefulness right now. And hope. God placed you where you would see that man in his need. He used you to meet it. It’s true we all have those appointments in life, if we can but see them.
I’ve been touched today by this post. Thank you.

You my friend, bless me with your words! Always…every day!
~Liz

One day there was a rude, grungy looking man who shoved past me with his one bag of groceries on the way out the grocery store, saying “Sorry, excuse me” and the whole time I was thinking, “well if you’re sorry, you could have waited an extra moment until the space was clear.” Then he practically ran over me with his bike in the parking lot as I made my way to my car. I wasn’t holding back my negative thoughts toward this person. Then as I drove away, about 4 blocks from the grocery store, I saw him boarding a bus and putting his bike on the front rack. Then I had compassion, because it became clear that all he was trying to do was catch that bus at that stop and he knew he was cutting it close.

I wish I knew the end of the story more often. But it at least helps to know there probably IS a reason why somebody is doing what they are doing.

Well done. Small kindnesses are so important. I need reminding regularly to be human.

Thank you for reminding us to be more aware of our brothers and sisters out there.

I have been in that man’s position a few more times than I care to remember, and scraped the bottom of my purse for a nickel so i didn’t have to leave the loaf of bread at the store. It has given me perspective for sure and enables me to give others grace when I see them in awkward/odd situations and know that I have no idea what their story is but they need other people to be kind to them that day.

There is so much excess all around us. I’m not one of those with excess cash (wish I was). But, I have lots of extra “stuff”, so in my community I have started an organization, that connects people with extra stuff with those who need extra stuff. It’s a lot of work, but it’s a great daily reminder of how much “stuff” there really is, all around us! One day, I hope to be the person with extra money to spread around. But for now, I’m content with providing children in need with school supplies and families with necessary things they don’t have! It’s a small thing I can do to hopefully make my community a little stronger for my own children, and their children. I call it “pay it forward in southern maine”, but #littlethingsmatter is good too! Give a minute, change a life. Best of blessings to all of you!

Thank you for sharing. It’s a reminder we need everyday – to truly see the needs around us and be the love of Christ for someone.

[…] after, I read this beautiful blog post from Rachel Martin @ findingjoy.net. The post is about a moment of caring and compassion she almost […]

I love this, I was lucky enough to have a mother who instilled this in me from a young age. Don’t think for a second your little actions don’t make a difference. I do it all the time, whenever I can see an opportunity to make a small effort on behalf of someone else. And guess what? My actions are making a difference. Because now, when I am driving with my 4 yr-old daughter – she points out opportunities. And she speaks about those times that we bought dinner for someone down on their luck, or helped someone at a gas station put an extra gallon of gas in their car…or provided bottled water to someone outside in the hot sun.

[…] Five Dollars of Perspective :: This is a poignant reminder of our need to always walk with the posture of grace. The ripple effect can be enormous. […]