Latest Trends
dear sweet mom who feels like she is...
just do the dishes. please. the kids will...
to my kids – the raw truth of...
a mom that shows up
to the mom who lost her heart
i forgot how to be the happy mom
what single moms need friends to know during...
2020 Mindset Goals
to the mom who keeps going
the lesson of the fallen Christmas tree
Home why being a mom is enough shouting “enough” to the endless decisions of motherhood
why being a mom is enough

shouting “enough” to the endless decisions of motherhood

Why is this so hard?

That’s what I get told often. Often when I make a decision, actually. Or when that stuff that causes anxiety creeps into my mind and I cannot. seem. to. let. it. go. Or in just being a mom. Oh my word. Motherhood. It should have it’s own gigantic section in Barnes and Noble about decision making. And don’t get me wrong — the person most often telling me to get it together and make a decision is often me.

I know motherhood could be simple.

Yet sometimes I’m stuck in this back and forth pong-like (that’s from the 70s) battle of no decision making because, let’s face it, the decision we’re super proud of is bound to be wrong somewhere. 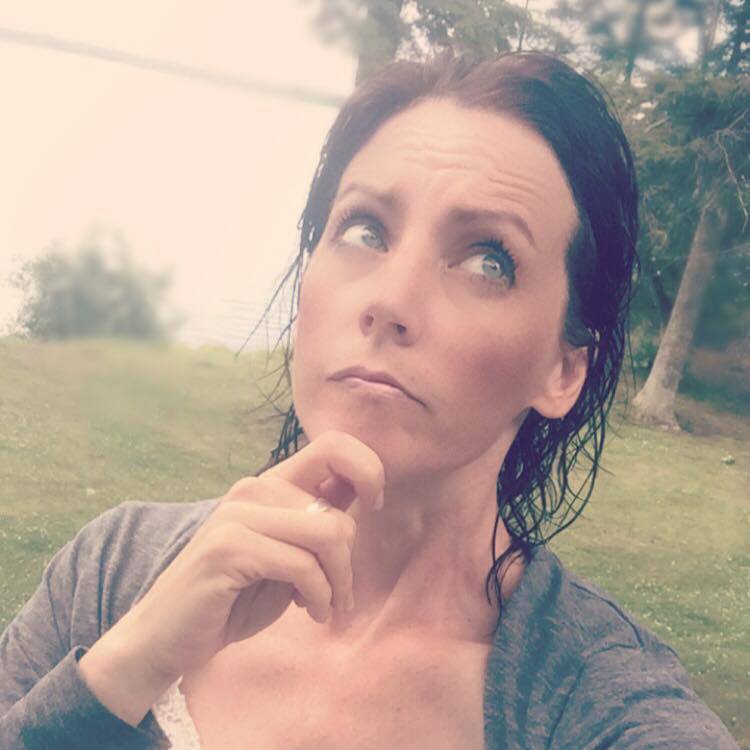 Our frantic digital world of likes and pins and shares and photos and crazy doesn’t preach a simple life. Example. Think about buying a pacifier. There isn’t just one. There is a WALL of pacifiers. An entire wall. Over a piece of plastic/latex/silicone that our baby uses to soothe him/herself. And then, then there’s the pacifier debate so often times (at least in my case) I’d kind of duck to the WALL of pacifiers and hope I chose correctly.

Because chances are, well, I would have gotten home and found out that the choice that I made was wrong in some article. Even though I read a review that it was right. And even though my baby, which now I would have been reading, was too old for it.

One seemingly simple yet crazy complex example of early motherhood.

And it doesn’t get easier.

I mean, seriously, think about the complicated stressful over-thought out make it hard to make a decision life that we all live right now. For every decision there are probably one thousand seventy-two other options prior to Google. Or MOPS group. No wonder it’s so hard to move forward.  Do they do camp? When to start swimming lessons? What shampoo? What conditioner? What do you do to get them to sleep? What about food? Are you really serving them that (insert almost anything here)? When do you take time for you? What classes are you going to take? What laundry detergent? When do you read to them? How much screen time? Apps? Do you let them play Pokemon Go? What phone do you give them?

Do you see what I mean?

No wonder I want to escape sometimes. 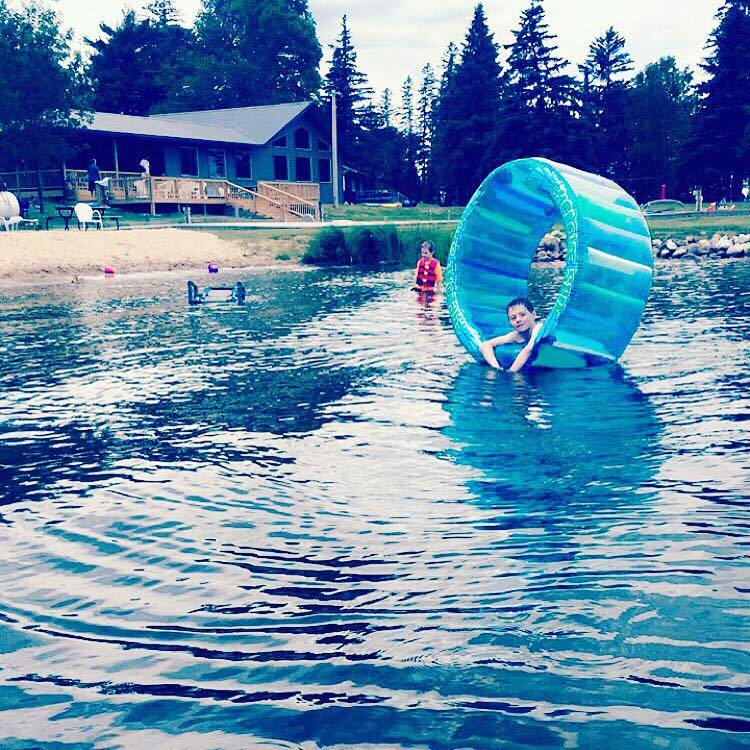 No wonder motherhood has become the antithesis of simple. In case you are wondering, in seventh grade that became my favorite new word – when I found it in the dictionary (a book). Now, now my kids probably could get a word a minute to love app on their Kindles. Oh yes, screen time again, right?

But, sweet mom, listen listen listen… I’m starting to discover it doesn’t have to be complicated. Or at least not so ridiculously hard to make a decision. Because the truth is that for most of life us mothers weren’t spending time fretting over every single thing but were rather fretting over surviving. Yeah, that. Food, health, shelter and all of the stuff that sometimes gets lost in the micro analysis of life.

So, here’s what I’m learning. I suppose I could say it’s because I’ve been a mom for over twenty years now (shhh) but the truth is that simple can be found. And it’s in not caring. Not in the obtuse you’re a jerk and wrong and mean way, but in the way of learning to make a decision that is best for YOUR family. Not mine. Not based on what Parents Magazine says. Nor Oprah. Or that awesome Instagram account.

You, your family, your kids.

Sure. Learn from others. Listen. Be a friend. Don’t judge. But make a decision that FITS YOUR LIFE. Because the truth is that underneath it all we are all unique and individuals and our kids need moms that make decisions thinking about them — not decisions based on the other stuff.

And the truth is this that when you walk this way you start to see others without the lens of competition and worry that you might be messing up but rather in the awesome understanding that the mom standing next to you in the pacifier aisle might just be trying to do her best for her family too and instead of judging needs loving. And same with the moms at school, Starbucks and on Facebook.

So yeah, I still struggle with decisions, but I’ve also learned that well, too bad, this is what works for us right now. I’ll love my friends for their choices and give advice and listen, but bottom line — I know my kids and I love them. And that means, well, simplifying.

Because we live in a world of options.

And mom? The best option for you? 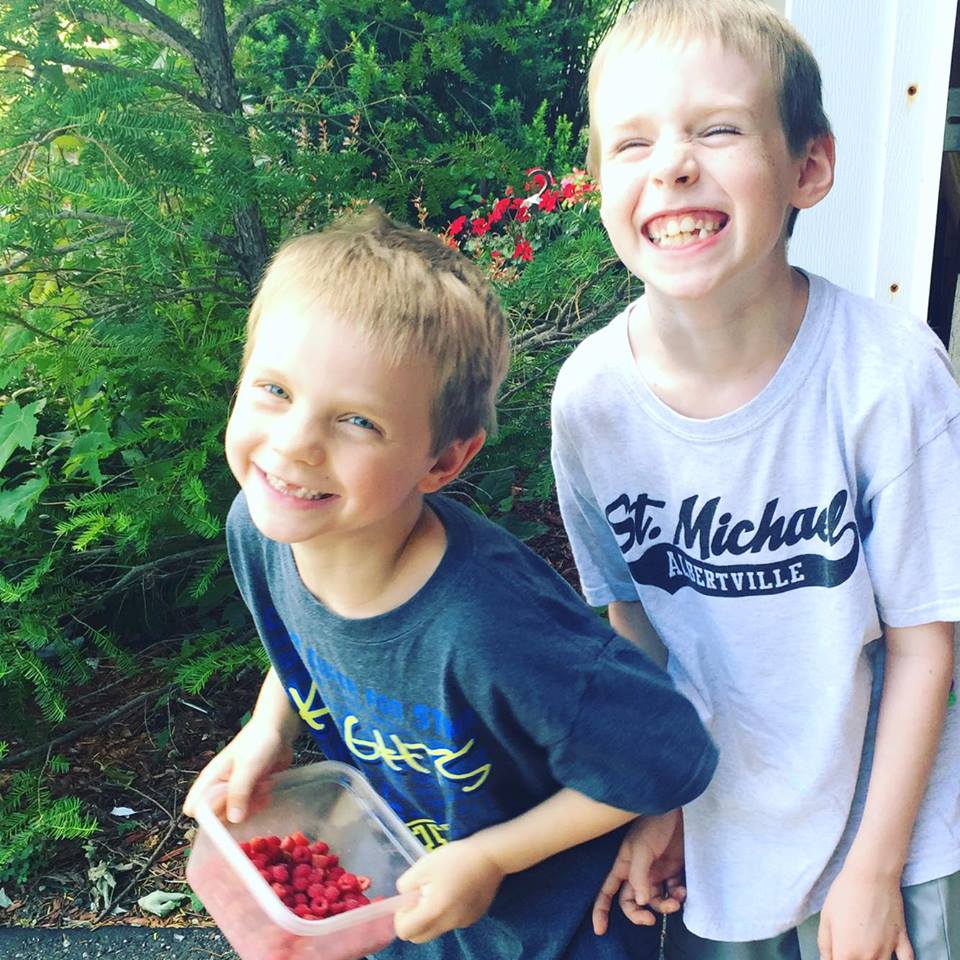 Enough to decision anxiety. Look at those kids of mine – they’re happy. And chances are yours are too – good, bad, horrible, awesome, perfect or normal decision later.

Find freedom in that.

so yeah…I hope you join me in this little shout…and ALL OF US can find a bit of freedom.

in motherhood you fake it until you make...

Wow! Thank you so much for this!!! Just what I needed.